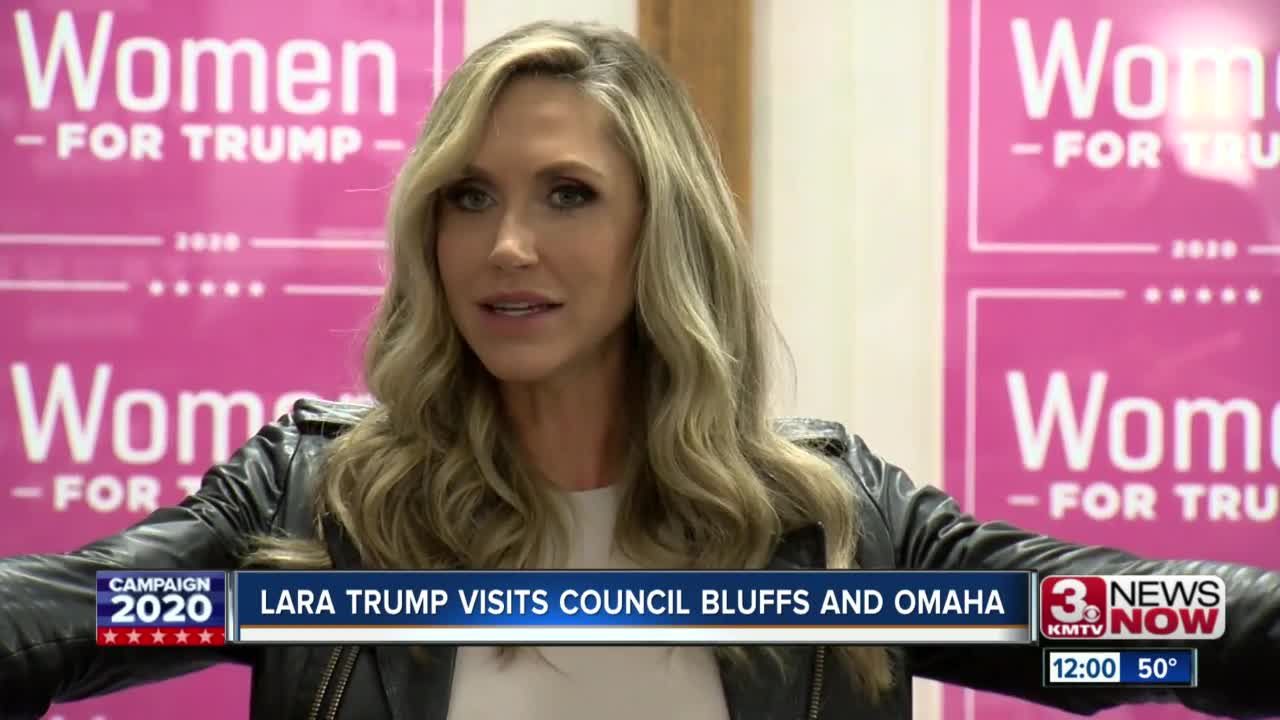 Lara Trump, who is married to President Trump's son Eric, visited Council Bluffs and then Omaha.

In about a 15-minute speech in Council Bluffs she clearly made the distinction between President Trump and challenger Joe Biden, telling about two dozen people in the audience that President Trump is the one they need to vote for and that they needed to get their friends out to vote as well.

It clearly shows that especially in the Omaha visit that the one electoral vote in Nebraska Congressional District 2 is very important for the Trump team.

Coming up tonight at 6, 3 News Now reporter Jon Kipper will talk to the Biden team as well to see what both sides are doing in the district to make sure they win that electoral vote which could prove crucial on November 3.