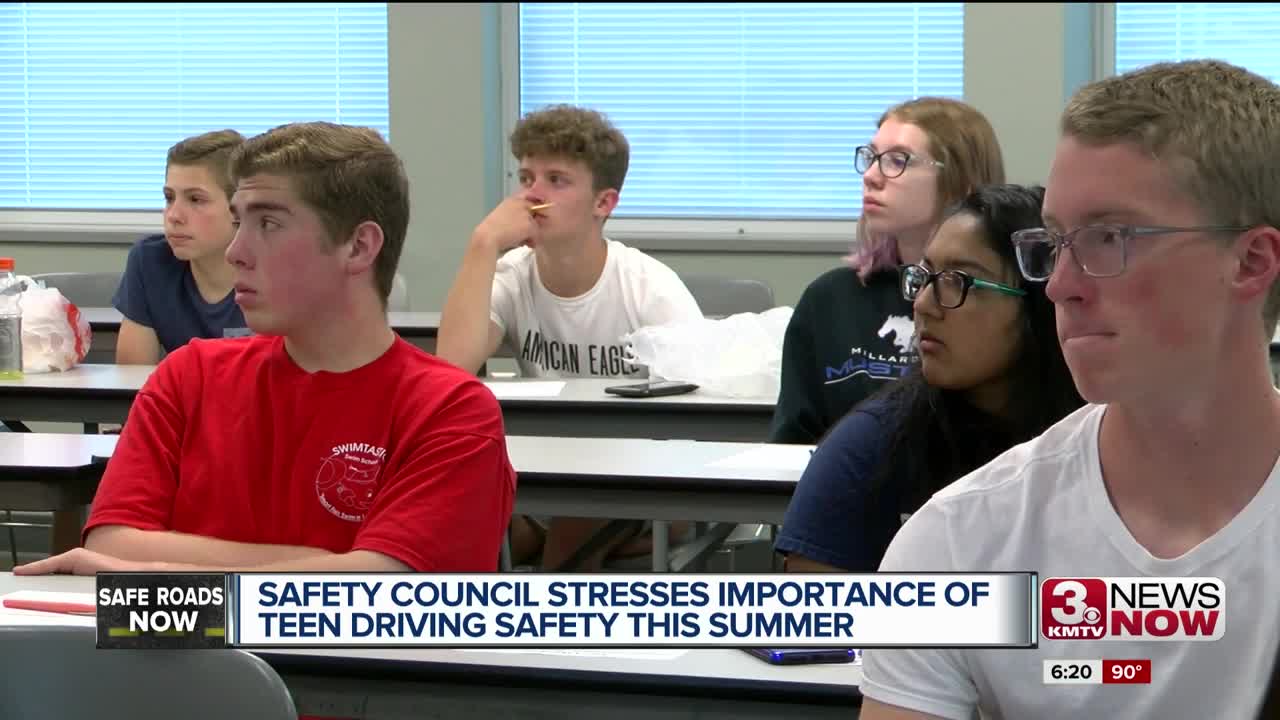 Why the Safety Council and law enforcement say now is the time to practice safe driving habits.

OMAHA, Neb. (KMTV) — AAA calls it the "100 Deadliest Days of Summer." The time between Memorial Day and Labor Day, when an increased number of teen drivers die in crashes...something the National Safety Council and local law enforcement want to change.

At the National Safety Council, driving instructors not only teach teens how to drive but also ways to stay safe on the road.

"Students that take drivers education are less likely to get a speeding ticket, less likely to be involved in an injury or fatal accident so it's very important that they get that formal training,” says National Safety Council President Eric Koeppe.

For Koeppe, safety is his biggest concern this summer.

According to AAA, nearly 3500 people have died in crashes involving teens over the past five years...during that time frame referred to as the “100 Deadliest Days.”

"They're just a lot more active, They're not in school, so they're just more active they're out more in the evenings...so you just have to know where they are and make them aware of the dangers,” Koeppe says.

"It's always the parents worst nightmare when you're dealing with that type of stuff...nobody wants to get the phone call or have a law enforcement officer show up at their front door and say that something happened to your child,” says Nebraska State Patrol Lieutenant Michael Grummert.

AAA says distracted driving is often under-reported when it comes to that last figure.

"I think a lot of it is Snapchat, they're on Instagram--they're publishing to Instagram, they're changing music...all of these things are distraction--anything that takes your eyes and your mind off driving are very very dangerous,” says Koeppe.

Grummert says it’s something he sees on Nebraska roads all the time.

That’s why the Safety Council is stressing the importance of driver’s education courses.

"It's important that you go to a professional. When we have driver education and we teach it...we are doing it everyday. We are trying things that maybe as drivers...as parents we get bad habits...and if we have bad habits we pass those on a teen driver,” says Koeppe.

He hopes all drivers will do their part to stay safe this summer.

For more stories about how to keep you and your family safe on Nebraska roads, go to https://www.3newsnow.com/news/saferoadsnow