Aubrey Trail tells his side of meeting and dismembering Loofe 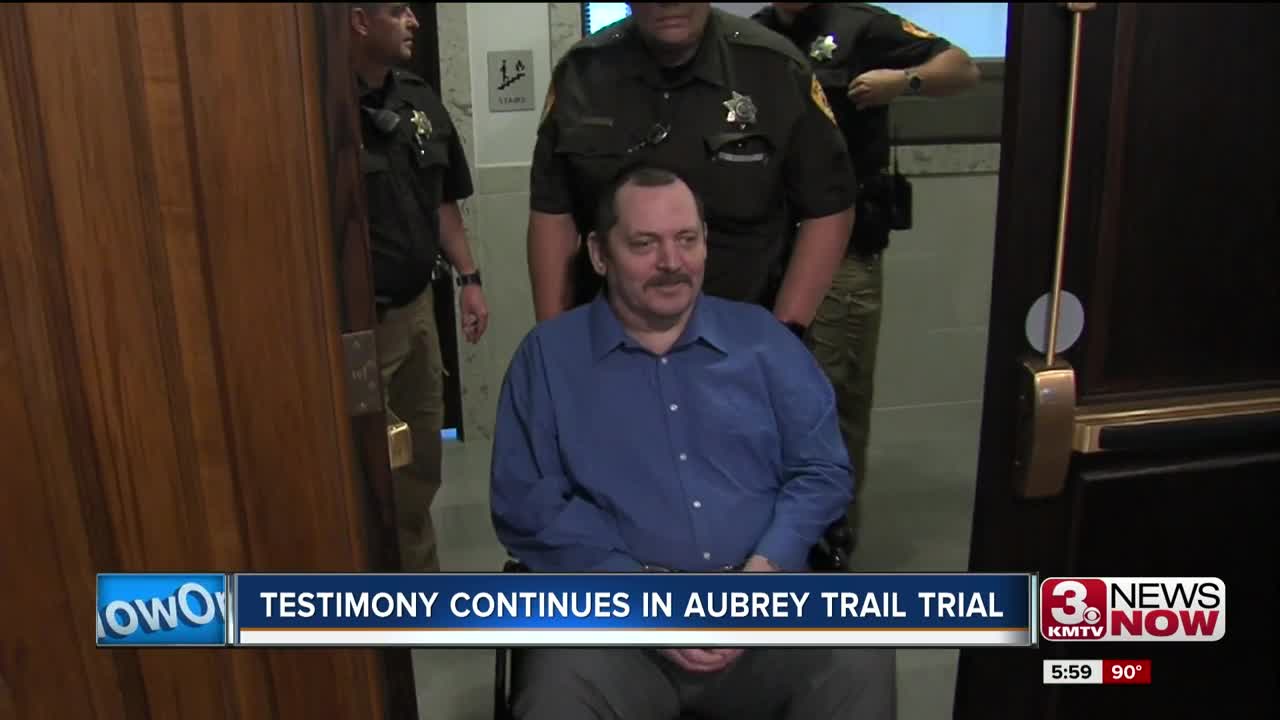 Aubrey Trail talks about meeting and dismembering Sydney Loofe after a long absence from his trial.

WILBER, Neb. (KMTV) — Aubrey Trail returns to court telling the judge he would be good and not have another outburst most likely because it was his turn to tell the jury what he claims happened the night Sydney Loofe died. He said most of his initial story was garbage.

Trail returns to Saline County District Court with large scars on his neck after he slashed his throat two weeks ago. He takes the stand in his own defense...claiming he and Bailey met Sydney Loofe in March 2017 and paid her to be part of his illegal activity because she needed money.

"She was in desperate straights and I'm sorry that I played on that," he says.

Trail claims Loofe left them for a while but that in November 2017, Boswell wanted to restart a relationship and Loofe needed money...that's why he says he was at Menard's. He says he offered Loofe $5,000 to be part of his antique theft ring...and the three ended up in sex acts involving choking when Trail claims she died accidentally. He adds there were no other women and no one paid $15,000 for a sexual fantasy.

"Sydney Loofe died that night" Trail says. "So I later came up with a story to try to protect me and her...it was only me, Bailey and Sydney there that night."

He admits he lied about video taping the encounter. Trail claims there was no ritual involved in dismembering her body. He couldn't fit her in their car so he cut her up on the kitchen floor and cleaned everything up he says.

When asked what he used to cut her up, Trail says, "I used a saw, it's similar to a hacksaw blade but I call it a curved saw."

Trail says he panicked and they disposed of Loofe's body in the rural Clay County field when it was light out. He admits to disposing of the body but says he didn't murder Loofe.

"On hindsight, it was a really bad decision. It's what I own, I mean I did it. I have to live with it."

Trail says all the talk about witches, vampires, draining Loofe's blood and sacred cemetaries was a complete lie.