Juror reacts to Trail trial decision and what's next 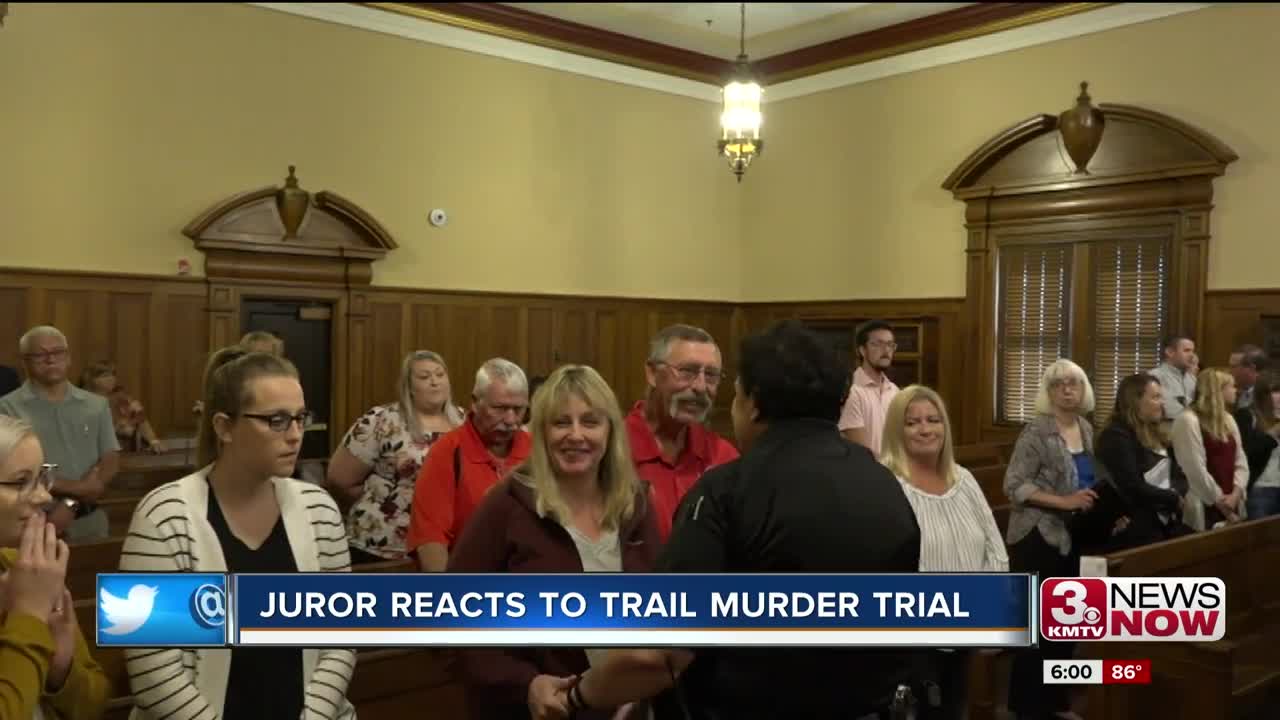 A juror tells us why he voted guilty at the Aubrey Trail trial.

WILBER, Neb. (KMTV) — Aubrey Trail was found guilty of the murder of Sydney Loofe on Wednesday. Next, a panel of three judges will make the decision to determine if he qualifies for the death penalty.

Trail has decided to waive his aggravator hearing by jury, so now the case moves straight to the 3-judge panel to determine if death penalty aggravators are present and if the mitigators outweigh the aggravator.

Jurors only deliberated for about 2 and a half hours before saying Trail murdered Loofe in his Wilber apartment. Video surveillance shows Trail and Bailey Boswell buying tools for the killing and coverup.

Trail testified in his own defense, and said he'd been lying the whole time. He explained there weren't two other women involved; only he, Boswell, and Loofe were at the apartment and claimed it was an accident. Jurors didn't buy it.

“Like at the end of the trial you (Trail) want to go ahead and tell the truth it’s kind of hard to believe it after you change your story 3, 4, 5 times and then how he took everything as a game in the beginning that’s not right. If you want to set yourself as innocent you tell them what really happened,” said Chris, a juror for the trial.

The defense was disappointed in the verdict and feel they have a better chance of defending the aggravator in front of the three judges instead of the jury. Prosecutors will have to prove Loofe was killed in a heinous manner.

Attorneys say it will be months before they and the 3-judge panel will be ready to have a hearing. Bailey Boswell’s trial is set to begin in October.

You can read all about the Trail trial and everything that led up to the guilty verdict here: https://www.3newsnow.com/news/the-aubrey-trail-trial