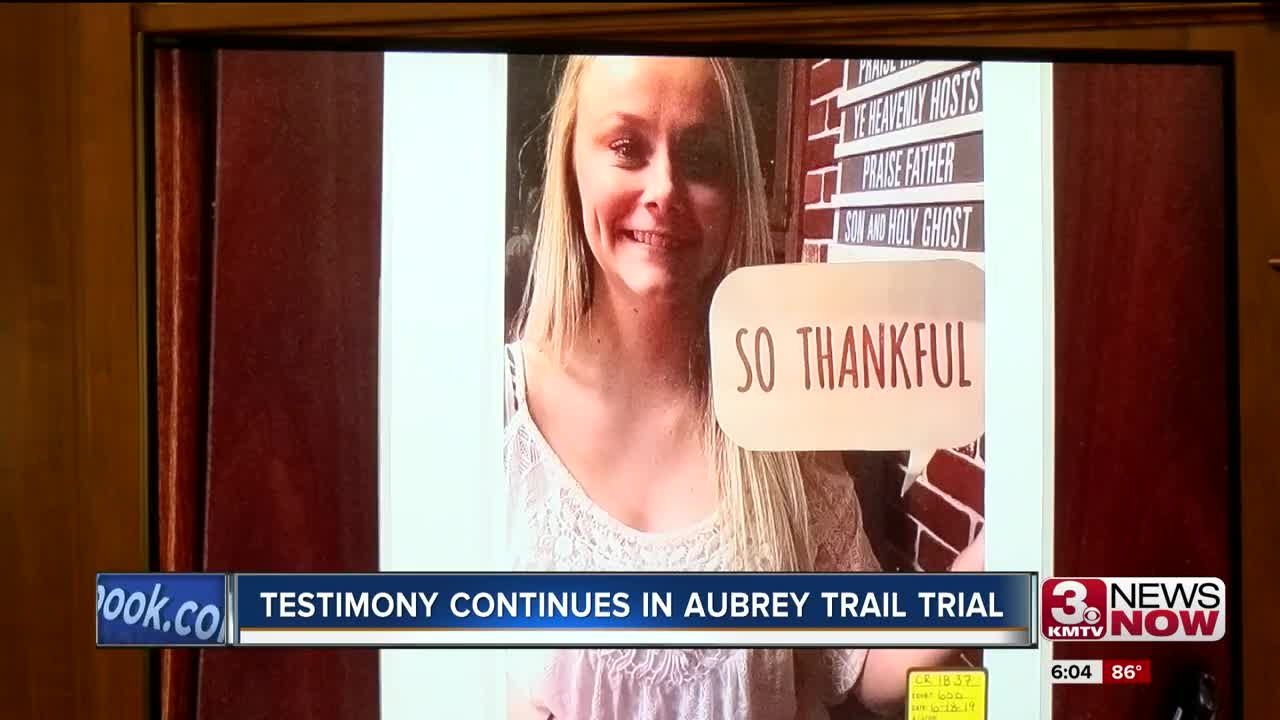 A forensic pathologist testifies that Loofe died by homicide.

WILBER, Neb. (KMTV) — Today, the jury at Aubrey Trail's murder trial saw the full manner in which Sydney Loofe was dismembered in November of 2017. Prosecutors told the jury that even though Loofe’s body was dismembered, there was clear evidence to show she was murdered.

Trail chose not to show again once again to the Saline County District Court.

The autopsy examination of the 13 body parts located...indicated Loofe had abrasions on her wrists, animals had gotten into some of the bags and there may be signs of struggle before she died.

Elieff says, “The bump on the head, the torn ear lobe, the abrasions and contusions on the back, even the restraints themselves.”

Toxicology indicated Loofe had antidepressant medication in her system but no signs of drug abuse. The defense argued that the autopsy couldn’t prove if Loofe’s organs were used for a ritual or if this was an actual murder.

Elieff told prosecutors that she was unable to determine whether or not the strangulation was intentional when asked about her examination.

Doctor Steven Symes, a forensic pathologist, testified regarding the cuts made to dismember Loofe’s body. He said at least three different tools were used: a saw, a possible knife and sheers or scissors.

The judge didn’t allow the public to see the autopsy photos in court.

You can track the whole Trail trial by visiting this link: https://www.3newsnow.com/news/the-aubrey-trail-trial