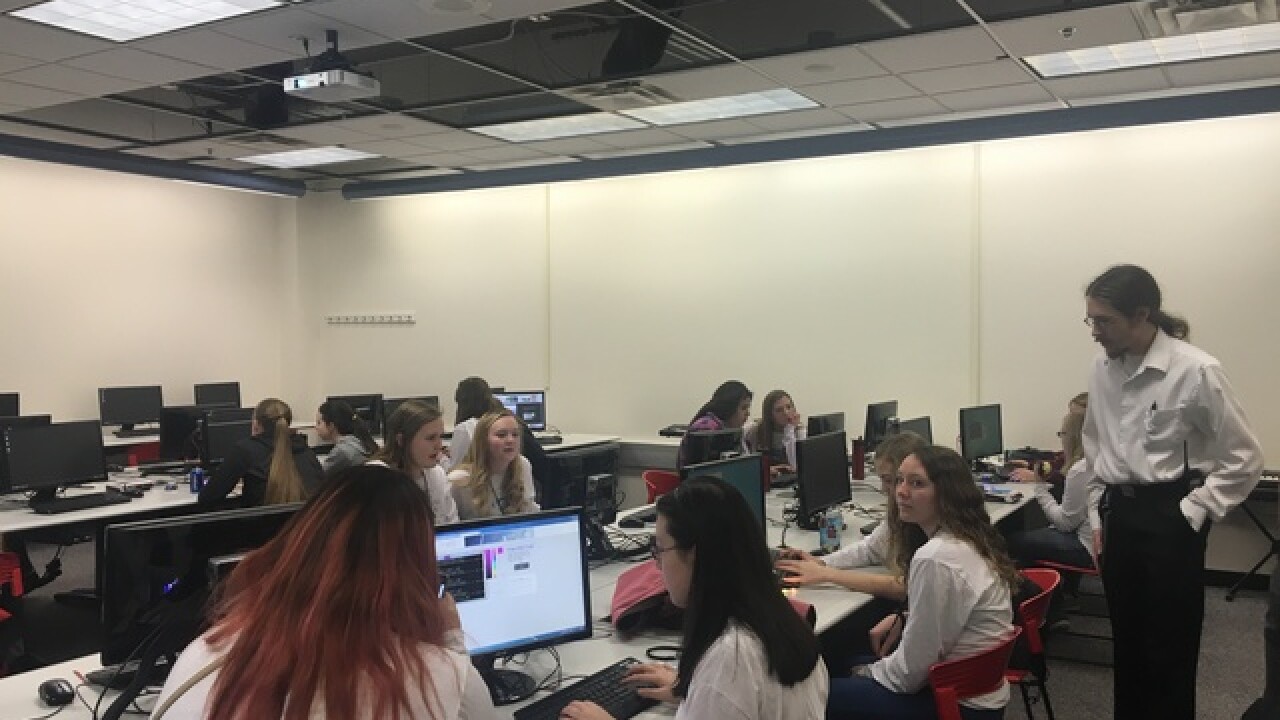 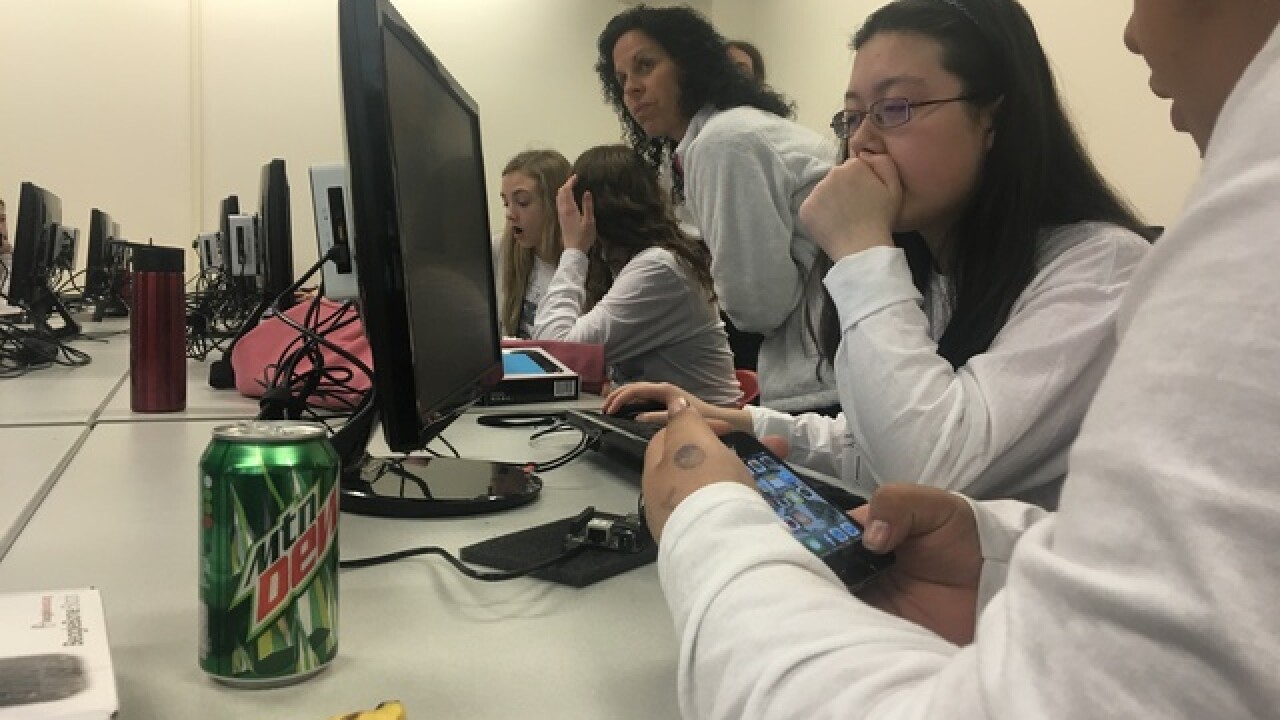 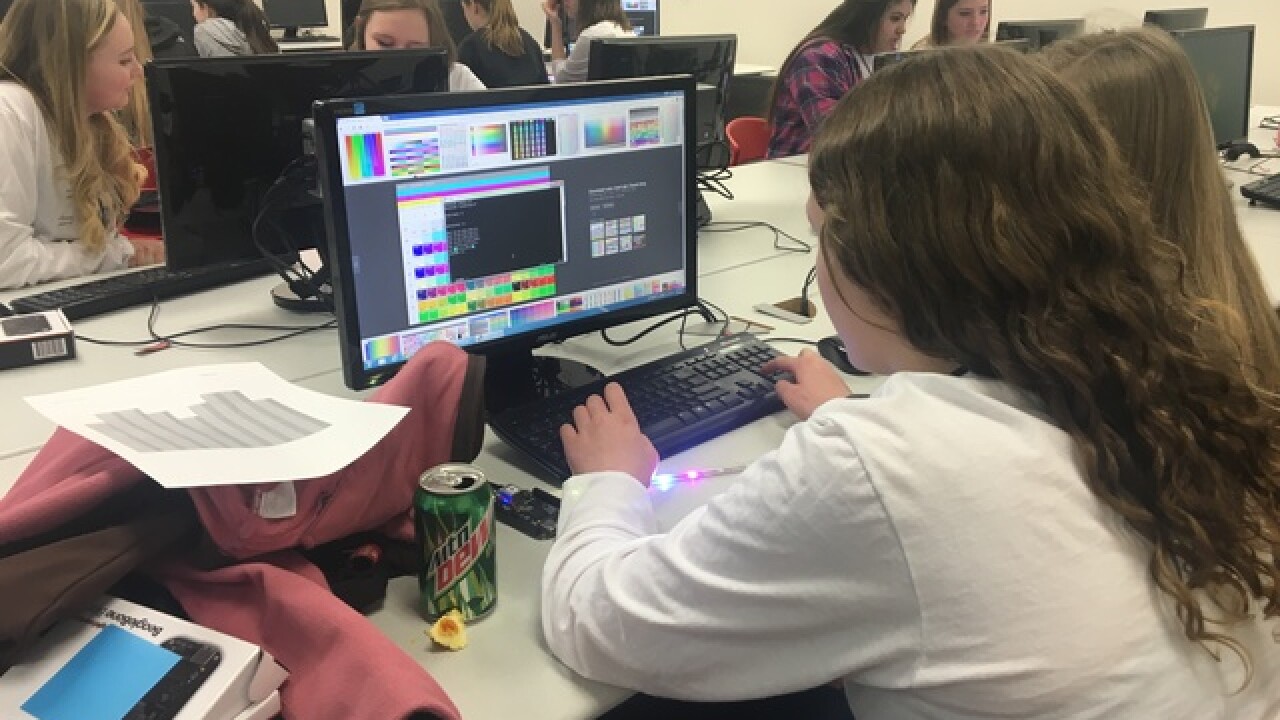 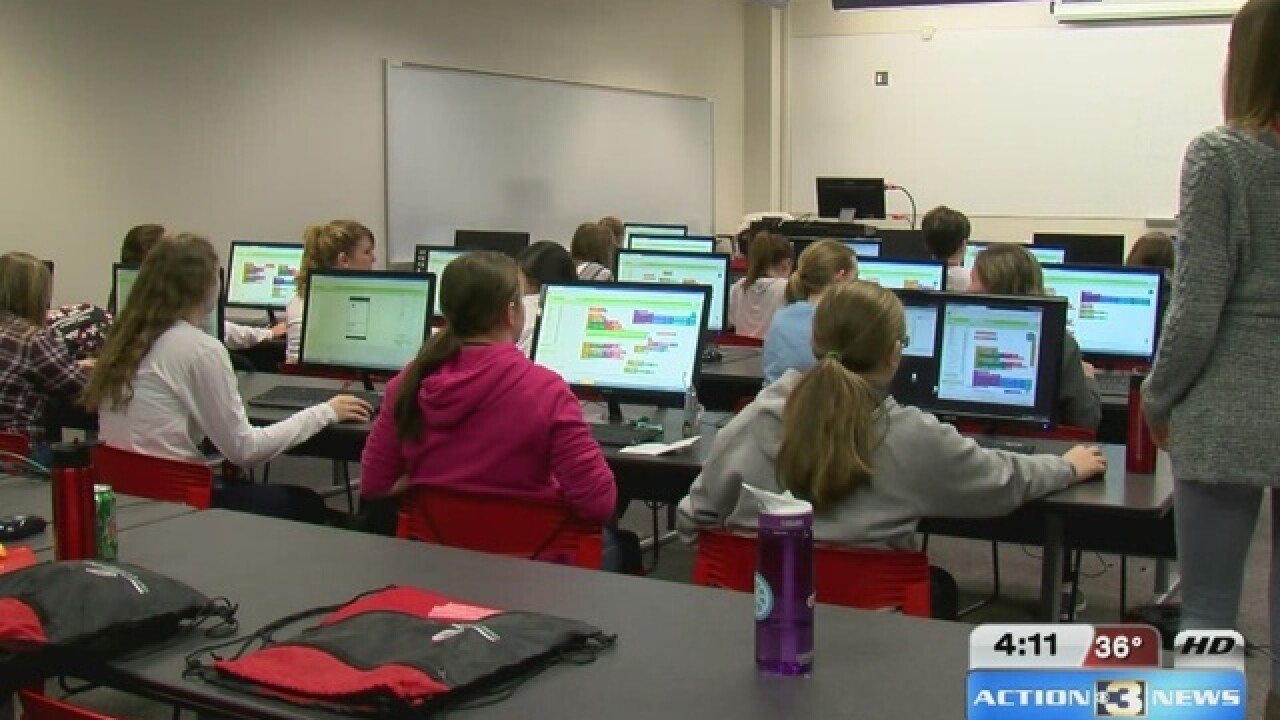 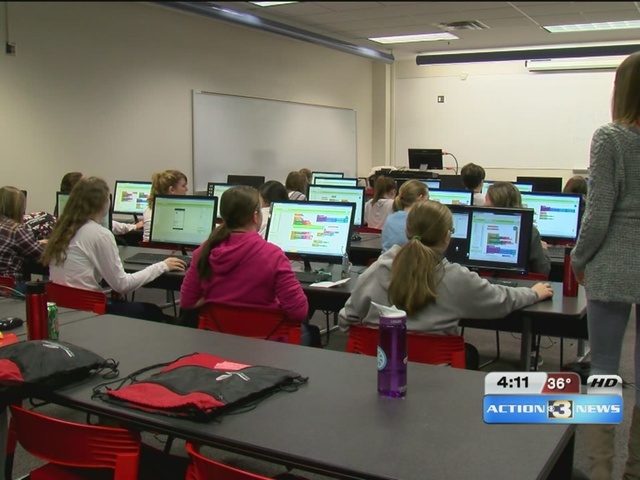 Inside a classroom at the Peter Kiewit Institute, several dozen girls are feverishly typing away at computer screens, working together, and laughing. They're not on SnapChat or Instagram though, they're working on developing their own game for an app you'd find on your iPad.

It's part of a three day, four night series of classes called Code Crush, run by UNO's College of Information Science & Technology. Girls, 8th and 9th grade, apply for extremely competitive spots in the camp. Some, like India Rittgarn came from a school district more than an hour away.

"We don't have a technology program in our school. We just don't get to work with technology that much," she said.

The 8th and 9th graders had to write essays and be in the top 20 percent of their class academically to qualify. In addition to these classes, the girls will meet female IT professionals and visit places like the Omaha Henry Doorly Zoo to get real life experiences of how women use science and technology in their careers.

Some of the latest numbers out there show that  less women are in tech fields than 10 years ago. Earlier this year, Code Crush received a two hundred thousand dollar challenge grant from the Peter Kiewit foundation. They have to raise money to receive the money. All funds, the creators of code crush say, will help them offer the camp to more girls.