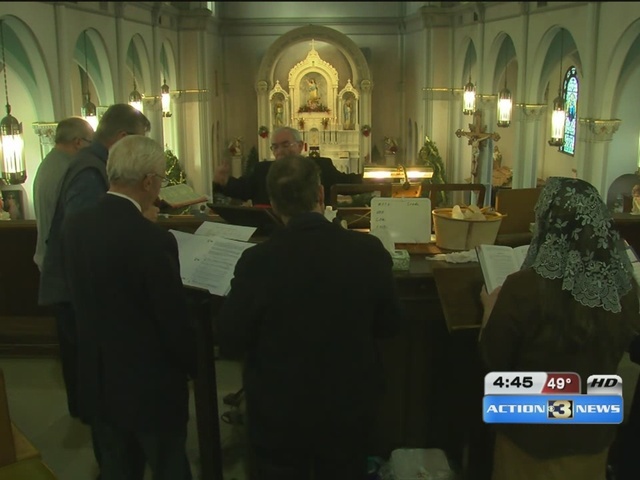 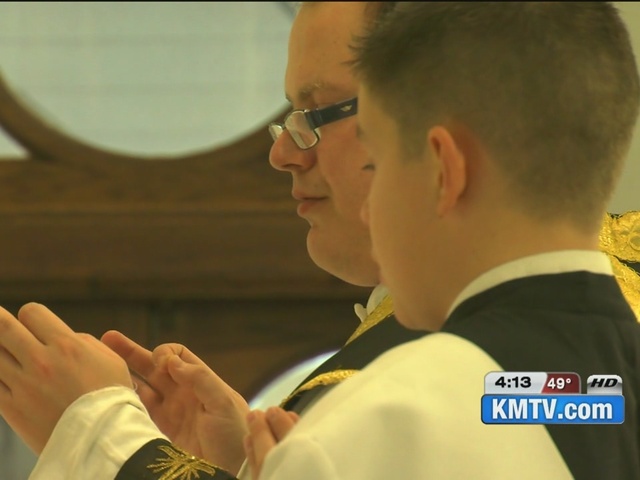 At 10a.m. High Mass, inside Immaculate Conception Church near 24th and Bancroft in South Omaha, it's faith- old school. The sounds of tradition and sacredness fill the walls. It's Latin words of hymn and scripture, sung and said by parishioners, seminarians, and priests.

"It connects to the church throughout the centuries. It gives us a common identity of who we are as catholics," says seminarian Chris Mahowald.

The church, more than a century old, is an Omaha history staple itself, but the Latin mass is still something relatively new.

More than a decade ago, the church was loosing parishioners, and even faced the possibility of closing.

"The membership was shrinking because so many people of the parish were moving out west," recalls parishioner Steve Sempeck, "That was kind of the situation for many of the parishes in Omaha at the time midtown and downtown. "

Then in August, 2007, archbishop Elden Curtiss entrusted the care of the parish to the Priestly Fraternity of St. Peter to provide the mass and sacraments, making mass at ICC, parishioners say, the only Latin mass in Omaha.

It lead to growth. More than eleven hundred parishioners attend the church today. Many of them young families, said parishioner Joe Piroch.

It's that old school tradition, that's rolled beyond a parish to their community. That's where the other part of the ICC's tradition comes in. Behind the church, there's a bowlatorium with a rec center upstairs and a fully functioning ten lane bowling alley in the basement.

"For the people of God, it's important that they develop not only the spiritual side, but the human formation that comes with community, social gatherings, and things like that," said seminarian Daniel Alloy.

"Our popularity is growing because of the facility here, but if it wasn't for the Fraternity of St. Peter and the Latin mass, we wouldn't be here," said bowling manager Steve Sempeck.

Church bowling alleys were common in the 1950's, but time has left only a few across the nation. The one at Immaculate Conception Church is the only one in Omaha. Sempeck says the only other he knows of is in Chicago.