NewsUpfront At 4Your Family Now 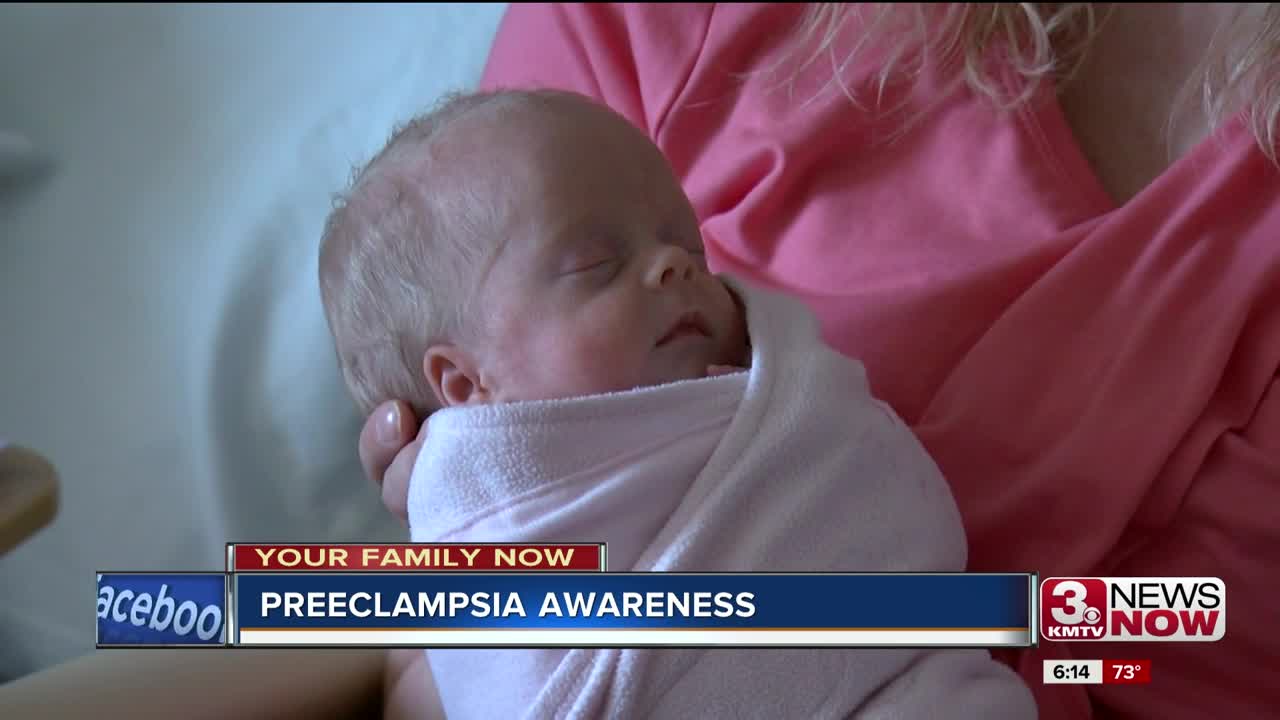 Doctors what expecting moms to be aware of preeclampsia.

OMAHA, Neb. (KMTV) — May is National Preeclampsia Awareness Month, and Methodist Women's Hospital wants all pregnant women to be aware of the dangers and symptoms to protect themselves and their babies.

Sarah Leising was 27 weeks pregnant when her blood pressure spiked and medication was not regulating it. She lives in Arapahoe, Nebraska and traveled more than four hours to see a specialist at Methodist Women's Hospital.

"I don't think I understood how much high blood pressure could affect me or Phoebe," said Leising. Doctors diagnosed her with preeclampsia. They admitted her and Leising ended up staying at the hospital for a total of nine weeks. She gave birth to Phoebe when she was 31 weeks along. Phoebe weighed 2 pounds, 6 ounces.

"We fix preeclampsia by delivering the baby and removing the placenta because the placenta, at the end of the day, is what causes preeclampsia. As we get earlier in pregnancy, we're really balancing the risk to the mother's health and the risk to the baby," said Dr. Neil Hamill, a perinatologist. He said doctors aim to help a woman get as far along in her pregnancy as possible without jeopardizing her health. He said preeclampsia is the leading cause of death in pregnant women. It's also the leading cause of premature birth.

"It's not uncommon for patients like Sarah to come in out of the blue and feel nothing out of the ordinary," Dr. Hamill said that's why it's critical women receive regular prenatal care. Doctors check for protein in a woman's urine and check for blood pressure. Those are indicators of preeclampsia. Some women may have other symptoms such as headaches, blurred vision, swollen hands and feet or nausea.

Leising admits it was difficult to have such an extended hospital stay but it was worth it. She and Phoebe have since been released from the hospital and both are healthy. "The love we have for her, we're super gushy now and we're those parents that take like 400 pictures every hour, like you just don't get it until you have your own," she said.

To be safe, the American Academy of Family Physicians recommends that you call your doctor immediately if you have any of these possible warning signs of preeclampsia: