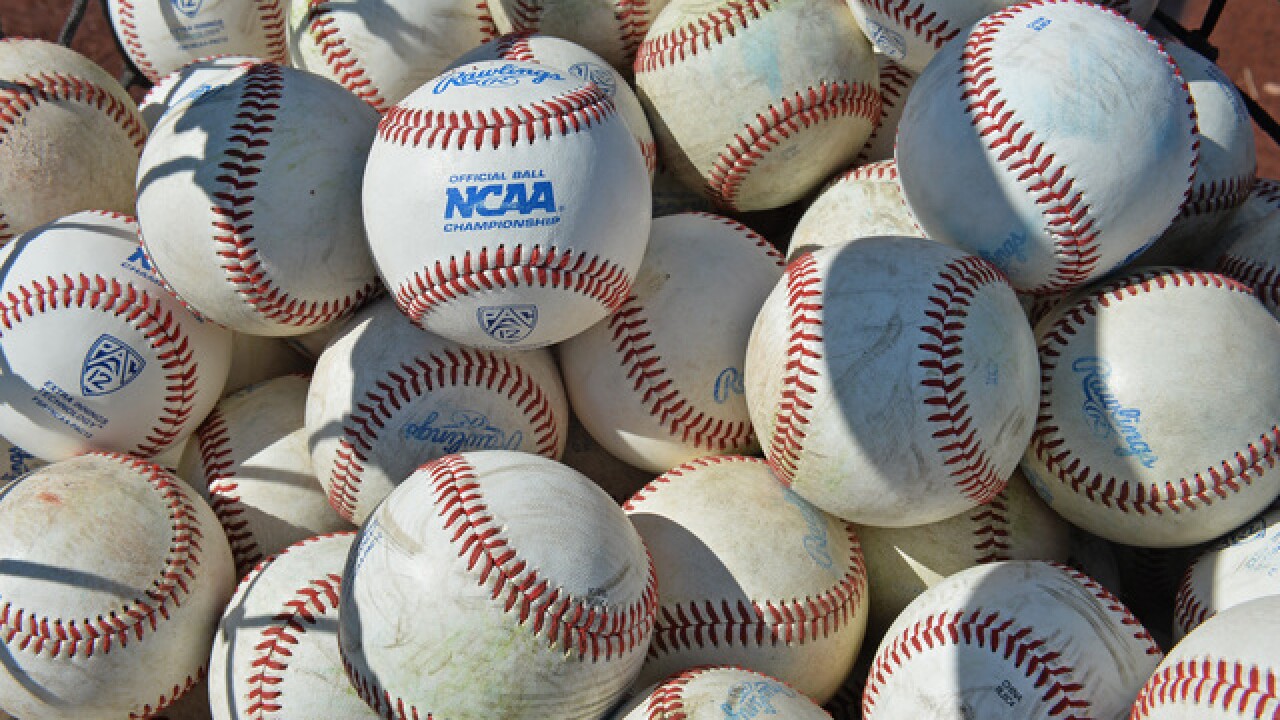 Copyright 2017 Scripps Media, Inc. All rights reserved. This material may not be published, broadcast, rewritten, or redistributed.
Peter Aiken
<p>Omaha, NE - JUNE 28: A general view of NCAA baseballs prior to game two of the College World Series Championship Series between the Arizona Wildcats and the Coastal Carolina Chanticleers on June 28, 2016 at TD Ameritrade Park in Omaha, Nebraska. (Photo by Peter Aiken/Getty Images)</p>

LSU has played just two teams in the 2017 College World Series: Oregon State and Florida State. The Tigers took down Florida State in their first game before getting routed by the Beavers in the winner's bracket matchup Monday.

Oregon State hasn't played since, while the Tigers advanced to the semifinals in this afternoon's matchup with the Beavers. LSU would have to beat Oregon State twice to advance to the championship series Monday.

Stay up to date with the action here: