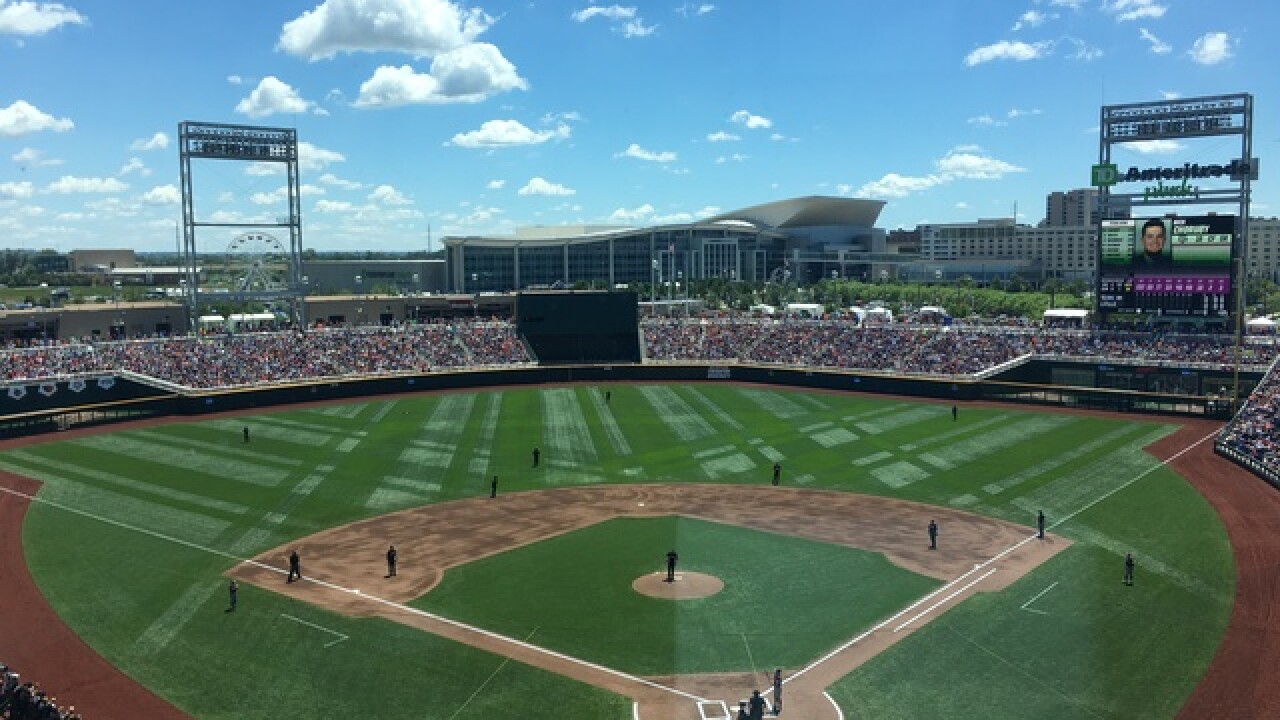 Copyright 2017 Scripps Media, Inc. All rights reserved. This material may not be published, broadcast, rewritten, or redistributed.
<p>The view of TD Ameritrade Park from the press box on Father's Day 2017.</p>

The College World Series is full of great matchups between baseball powerhouses, but tonight's game between LSU and Oregon State was supposed to be one of the best in recent CWS history.

But the Beavers were just too good. Oregon State took a 1-0 lead in the first inning, and the score stayed there until the top of the fifth inning when Trevor Larnach drove in two runs to make it a 3-0 game.

Then, in the eighth inning, everything went South for the Tigers. Oregon State's KJ Harrison launched the first grand slam in College World Series history at TD Ameritrade Park (last was by TCU in 2010 at Rosenblatt Stadium) to give the Beavers an 8-0 lead.

We've seen some great comebacks in the College World Series. In fact, LSU had already done it against Florida State just two days ago. It could happen again, right?

Wrong. Oregon State kept piling on the runs. The Beavers' lead was up to 11-0 after the top half of the seventh inning.

The Beavers were doing it on defense too. In the top of the eighth, Oregon State's Jake Anderson had this impressive web gem in foul territory.

The Beavers went on to win 13-1. LSU will have a rematch with Florida State in an elimination game Wednesday at 6 p.m. Oregon State will face off against the winner of that game Friday at 2 p.m.