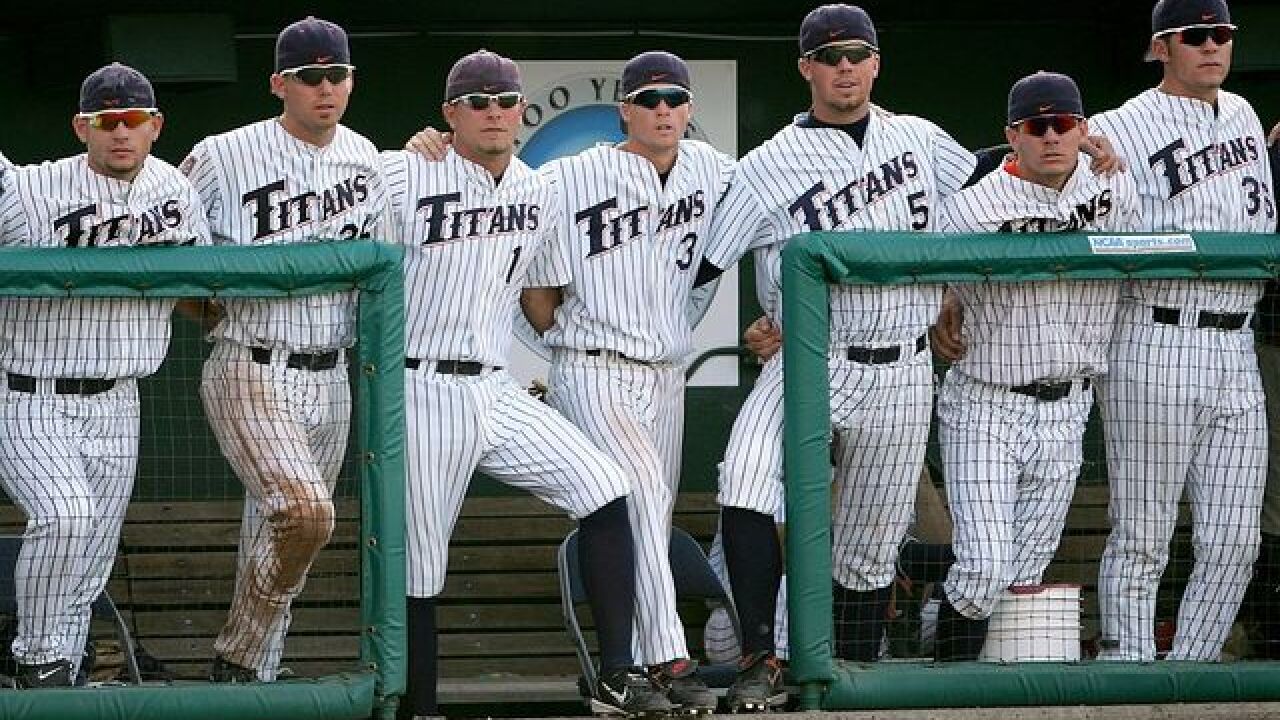 Copyright 2017 Scripps Media, Inc. All rights reserved. This material may not be published, broadcast, rewritten, or redistributed.
Doug Pensinger
<p>OMAHA, NE - JUNE 21: The Cal State Fullerton Titans stand together in the dugout against the North Carolina Tar Heels in the final inning during the NCAA College World Series on June 21, 2006 at Rosenblatt Stadium in Omaha, Nebraska. The Tar Heels defeated the Titans 6-5 to advance to the finals. (Photo by Doug Pensinger/Getty Images)</p>

Cal State Fullerton is no stranger to the Road to Omaha. This year, the Titans are making their 18th appearance in Omaha, second appearance in the last three years, and are in search of their fifth CWS title. The last time Cal State made the trip to Omaha was in 2015 when the Titans went 0-2 and were sent packing early.

The last time Cal State Fullerton won the championship was in 2004. The Titans took down Texas and legendary head coach Augie Garrido (who was the long-time coach for the Titans before heading to Texas) in the championship series.

The Titans' Road to Omaha

Cal State Fullerton finished the season with a 39-22 record, third in the Big West Conference. The Titans advanced to the Stanford regional as the two seed. Cal State went unscathed through the regional round to advance to the Super Regional where they took on Big West Champion and rival Long Beach State.

Junior Scott Hurst is the Titans' leader at the plate as he's put together a .322 batting average this season, including 39 RBI and 12 home runs in 241 at bats. Junior starting pitcher John Gavin holds an ERA of just 2.67 with 89 strikeouts in 16 starts.