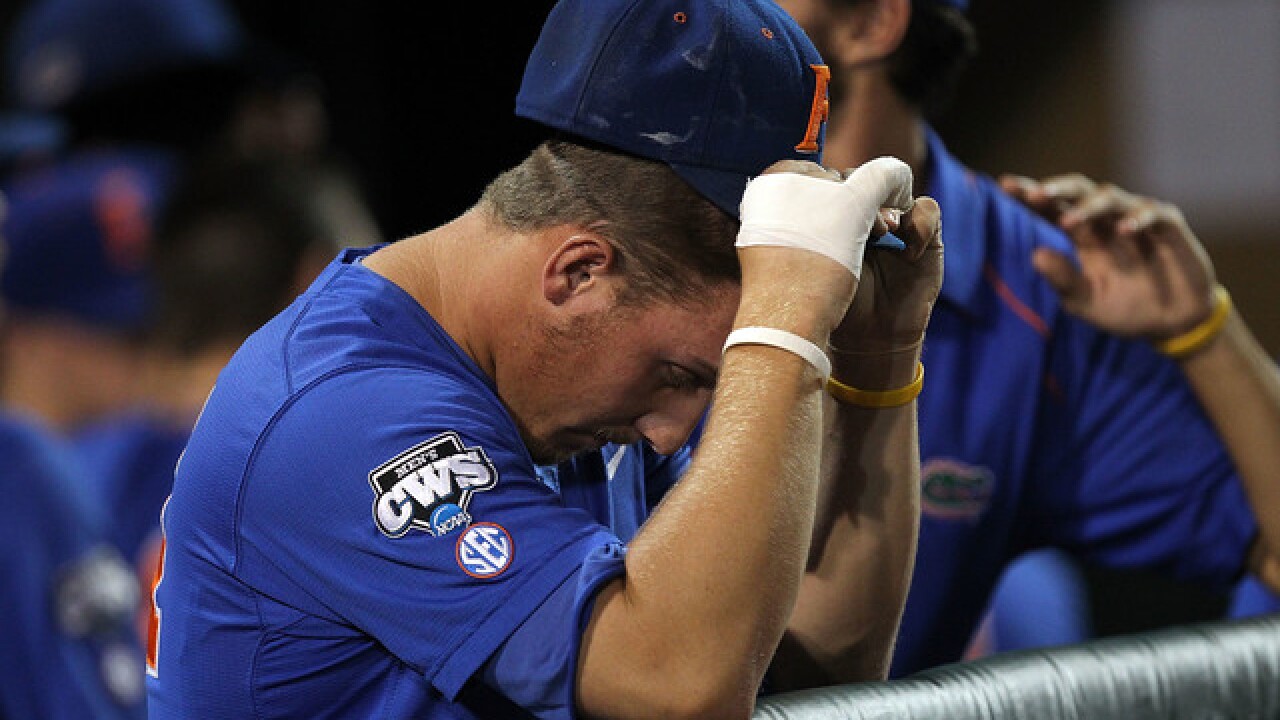 In the 2016 College World Series Florida opened with a 2-1 loss to Coastal Carolina followed by a 3-2 loss to Texas Tech.

The Gators' Road to Omaha

Florida finished the season with a 42-16 record, sharing the Southeastern Conference regular-season title. Following regular-season the Gators fell to Arkansas in the SEC Tournament Semifinal. Florida was named a 2017 NCAA Regional host for the eighth time in ten seasons. The No. 1 seed Gators hosted the double-elimination tournament at McKethan Stadium.

Florida cruised past Marist College and South Florida in the first two rounds of the Gainesville Regional. The Gators advanced to Super Regionals after fighting back to beat Bethune-Cookman in the finals.

Florida took on Wake Forest in the best-of-three Super Regional. The Gators took game one with a 2-1 victory but Wake Forest claimed game two with a 8-6 win. Florida came out on top in game three 3-0 to send them to Omaha.

Junior right-hander Alex Faedo has made his mark in Gators baseball history. Monday night was one to remember for Faedo as he recorded the final six outs to send the Gators to Omaha along with being selected in the first round of the MLB Draft. His 26-6 career record (.813) puts him at the top of the list for winning percentage in school history. The Detroit Tigers selected Faedo as the the 18th overall pick.