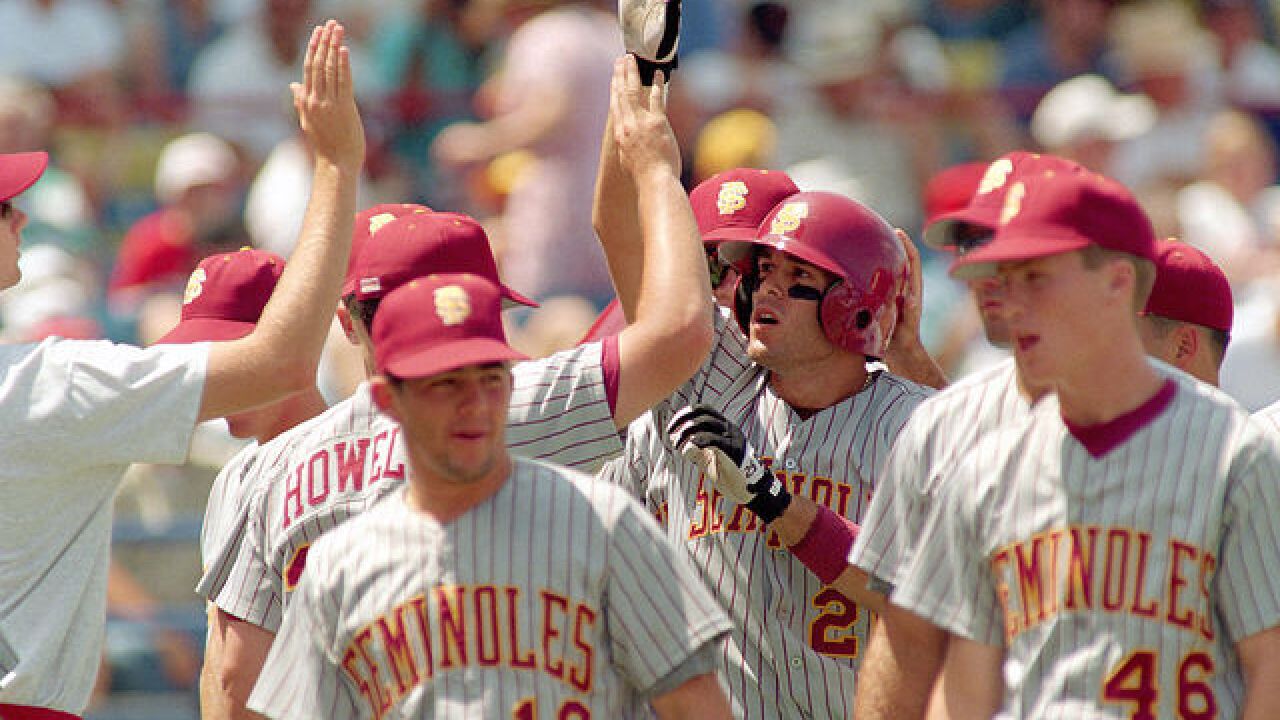 Copyright 2017 Scripps Media, Inc. All rights reserved. This material may not be published, broadcast, rewritten, or redistributed.
Andy Lyons
<p>OMAHA, NE - JUNE 6: Doug Mientkiewicz #25 of the Florida St Seminoles celebrates with his teammates over his home run against the USC Trojans during the College World Series at Rosenblatt Stadium on June 6, 1995 in Omaha, Nebraska.(Photo by Andy Lyons/Getty Images)</p>

The Seminoles lead this year's College World Series teams in appearances with 22. In fact, Florida State is tied for third for most appearances by a team in college baseball history. That being said, the Seminoles have yet to win a CWS championship.

The last time the Seminoles made it to Omaha was in 2012. That year, Florida State made it to the semifinals before being knocked out by eventual College World Series Champion Arizona.

The Seminoles finished the season with a 45-21 record overall and a 14-14 record in conference play. Florida State hosted the Tallahassee Regional and had to come from behind before advancing to the Super Regional.

The Noles had to come from the elimination bracket to win after losing the opening game of the regionals 3-1 to Tennessee Tech. In the Super Regionals, Florida State held on to win a tightly-contested game one 7-6 over Sam Houston State before rocking the Bearkats 19-0 in the final game.

Sophomore outfielder Jackson Leuck leads the Seminoles offensively with a .327 batting average, including 54 RBI and 9 home runs. Sophomore starting pitcher Tyler Holton holds an impressive 2.25 ERA at the mound with a 10-2 record this season.