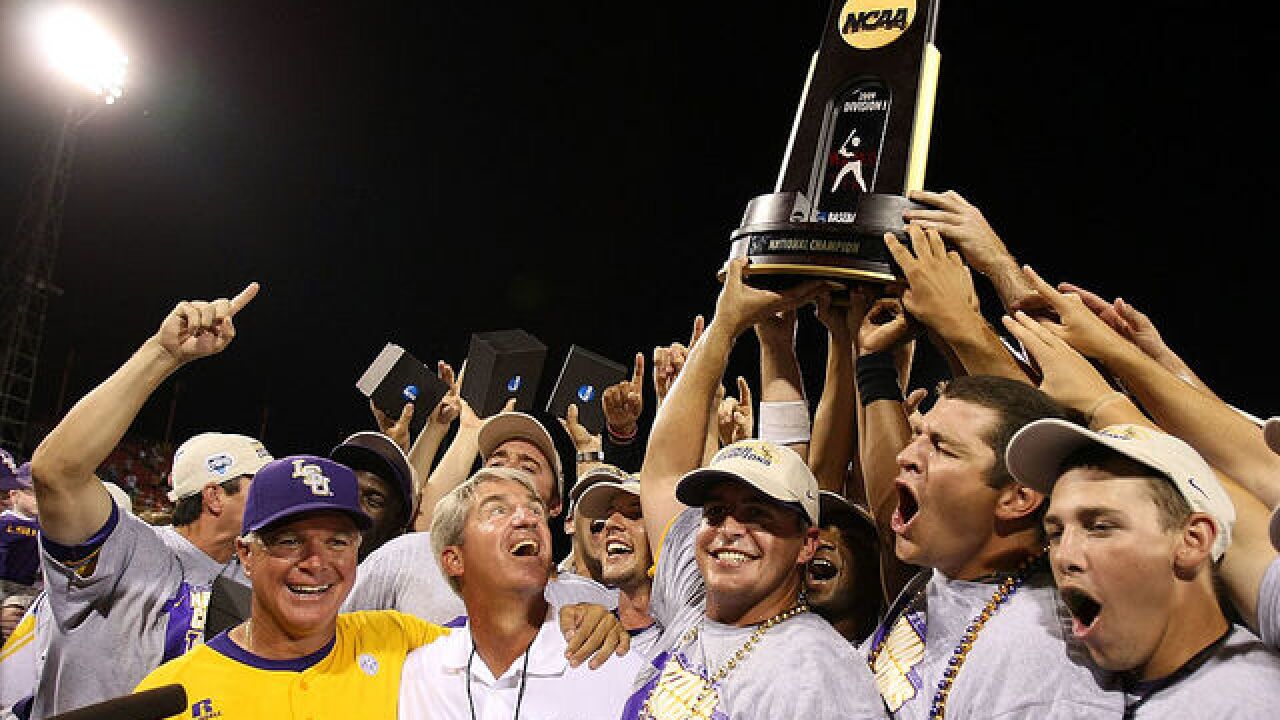 Copyright 2017 Scripps Media, Inc. All rights reserved. This material may not be published, broadcast, rewritten, or redistributed.
Elsa
<p>OMAHA, NE - JUNE 24: The Louisiana State University Tigers celebrate the win over the Texas Longhorns during Game 3 of the 2009 NCAA College World Series at Rosenblatt Stadium on June 24, 2009 in Omaha, Nebraska. The Tigers defeated the Longhorns 11-4 to win the national title. (Photo by Elsa/Getty Images)</p>

LSU baseball fans consider Omaha their "summer home". While the Tigers have made it to the College World Series 18 times, including three times in the last five years, many Tiger fans make the trip to Omaha regardless of whether or not their team makes it.

The Tigers have won six College World Series championships with the last one coming in 2009 when the series was still held at Rosenblatt Stadium. The last time the Tigers made the trip to Omaha was in 2015. That year, the Tigers went 1-2 and suffered two losses at the hands of TCU, who will also make the trip to Omaha this year.

LSU hosted a regional this year as the No. 4 overall seed in the NCAA Baseball Tournament. The Tigers have yet to suffer a loss in the postseason as they swept their way to the Super Regional round where they faced off against Mississippi State.

The Tigers came back to beat the Bulldogs in game one of the best-of-three series 4-3, then easily handled Mississippi State in game two with a 14-4 win.

The Tigers have five players that hold a batting average over .313, led by senior infielder Cole Freeman. Freeman has put together a .327 batting average this season including 41 RBI and 80 hits. Junior Greg Deichmann is LSU's leading home run hitter with 19 this season. Starting pitcher Alex Lange holds a 2.92 ERA with a 9-5 record this season.