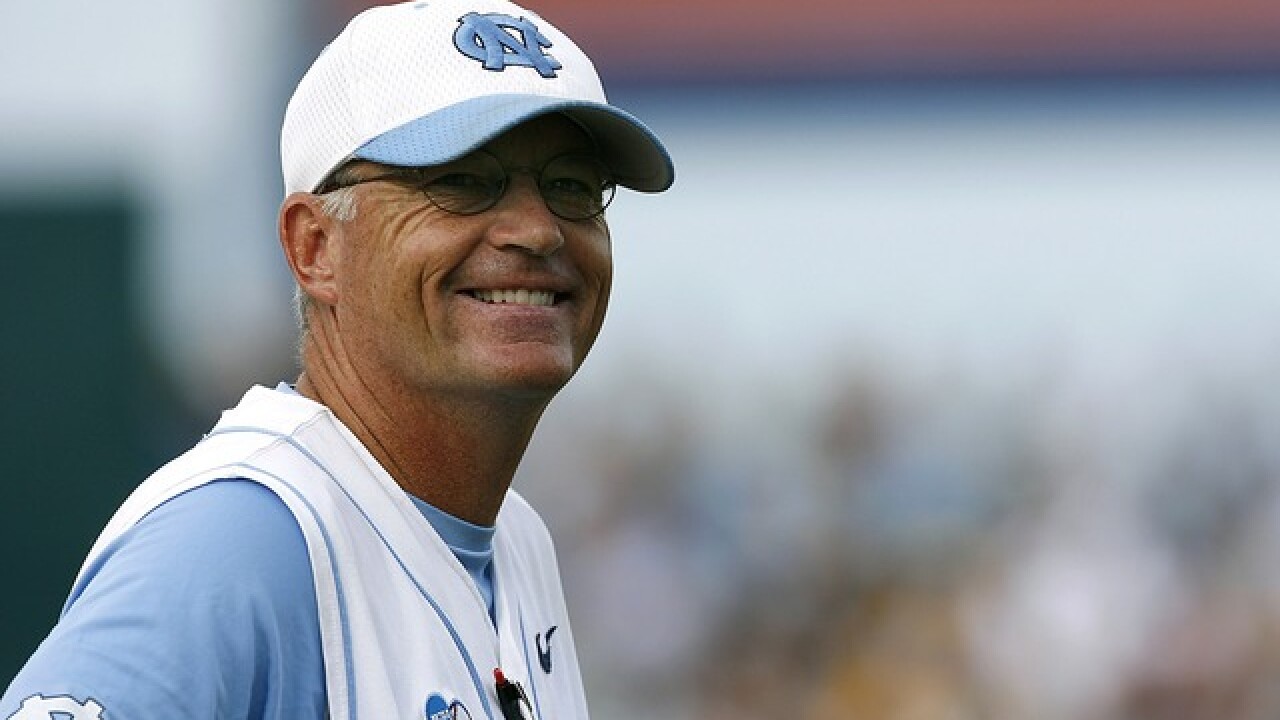 Copyright 2018 Scripps Media, Inc. All rights reserved. This material may not be published, broadcast, rewritten, or redistributed.
Kevin C. Cox
<p>OMAHA, NE - JUNE 21: Head coach Mike Fox #30 of the North Carolina Tar Heels smiles at some fans during their 7-4 win over the Rice Owls in Game 13 of the NCAA College World Series at Rosenblatt Stadium on June 21, 2007 in Omaha, Nebraska. (Photo by Kevin C. Cox/Getty Images)</p>

North Carolina baseball makes its return to Omaha for the 2018 College World Series after finishing the season with a 43-18 overall record.

How they got here: North Carolina struggled to start the season, coming out of the gate with a 7-7 record but rallied to make a regional appearance.The Tar Heels swept their way through the Regional round with wins over North Carolina A&T (11-0) and two wins over Houston (4-3, 19-11). North Carolina swept Stetson in the Chapel Hill Super Regional (7-4, 7-5).

History: This trip to the College World Series marks North Carolina's 11th appearance in Omaha in program history. However, the Tar Heels have never won a National Championship.

When they play: North Carolina will meet up with Oregon State for a rematch of the 2006 and 2007 National Title series Saturday at 2 p.m. The game will be televised on ESPN.