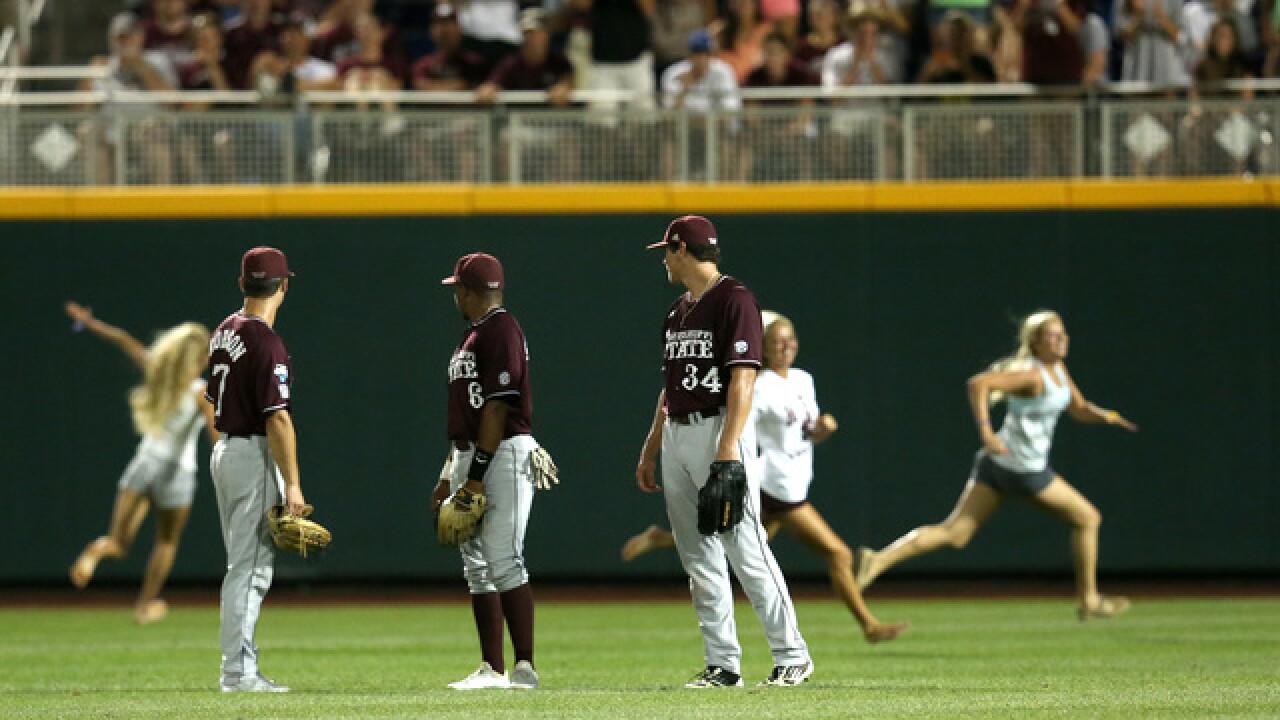 Copyright 2018 Scripps Media, Inc. All rights reserved. This material may not be published, broadcast, rewritten, or redistributed.
Stephen Dunn
<p>OMAHA, NE - JUNE 25: Outfielders Jacob Robson #7, Derrick Armstrong #6, and Hunter Renfroe #34 of the Mississippi State Bulldogs watch as three young women interupt play by running onto the field during the eighth inning as the play the UCLA Bruins during game two of the College World Series Finals on June 25, 2013 at TD Ameritrade Park in Omaha, Nebraska. UCLA won 8-0 to take the series two games to none and win the College World Series Championship. (Photo by Stephen Dunn/Getty Images)</p>

Mississippi State has claimed their spot in the 2018 College World Series after a drama-filled Nashville Super Regional. The Bulldogs are back in Omaha for the first time since 2015.

How they got here: The Bulldogs have had an unlikely road to Omaha considering the team had a record below .500 as late as April and had to beat the defending National Champs in Florida for a chance to make the post season.

Mississippi State won in walk-off fashion twice in the postseason, including its final game of the Super Regionals against Vanderbilt.

History: The 2018 College World Series will mark the Bulldogs' 10th appearance in Omaha in the history of the program and its third in five years.

However, Mississippi State will be looking for its first ever CWS title this year.

When they play: The Bulldogs will take on Washington Saturday, June 16 at 7 p.m. The game will be televised on ESPN.