Familiar faces heading back to Omaha for 2017 College World Series 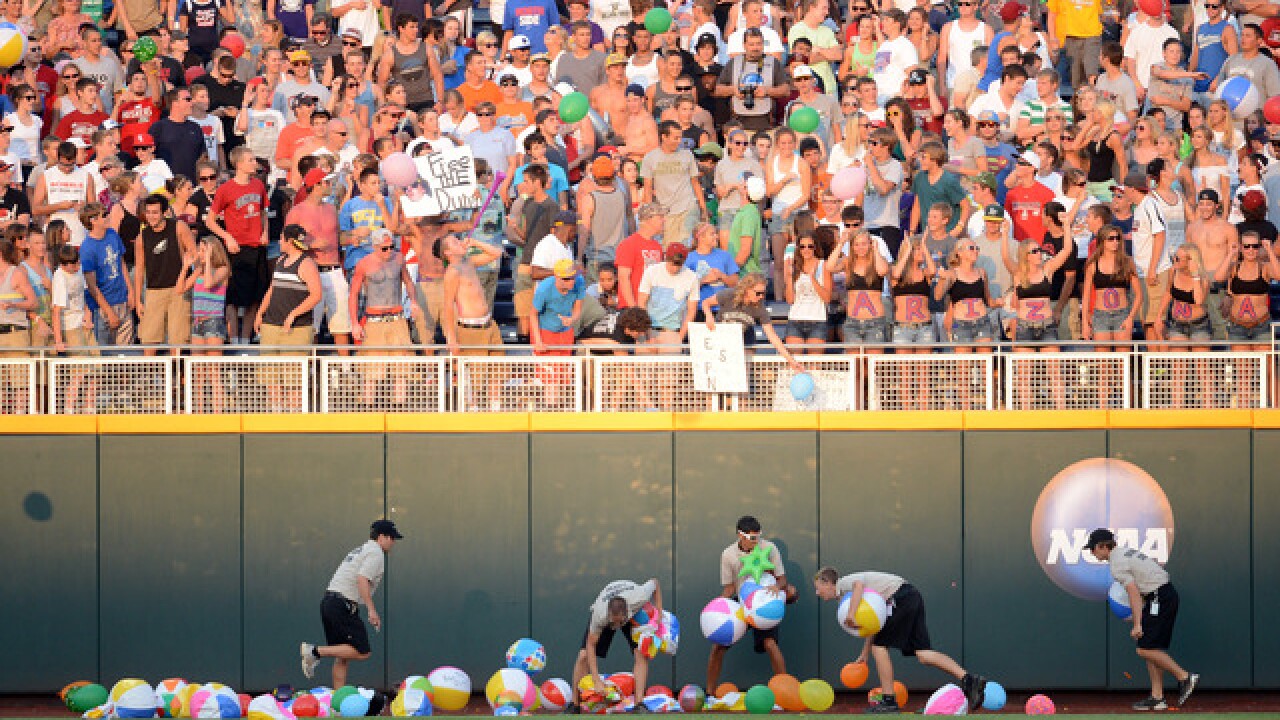 Copyright 2017 Scripps Media, Inc. All rights reserved. This material may not be published, broadcast, rewritten, or redistributed.
Harry How
<p>OMAHA, NE - JUNE 25: Grounds crew pick up balls off the field during the game against the Arizona Wildcats and the South Carolina Gamecocks during game 2 of the College World Series at TD Ameritrade Field on June 25, 2012 in Omaha, Nebraska. (Photo by Harry How/Getty Images)</p>

LSU, Florida State and Cal State Fullerton combine for 58 appearances in the College World Series. All seven teams set to come combine for 79 appearances, and if Florida comes out on top over Wake Forest in the final Super Regional, that number jumps up to 90.

In fact, each of these teams frequents Omaha so often that of the seven teams set in this years College World Series, the longest drought lies with Texas A&M who hasn't been since 2011.

The least amount of visits comes from Louisville, who has only visited Omaha five times. However, each of those five times has come in the past decade. The same goes for TCU, who's five visits each come since 2010.

While Omaha loves an underdog, they also love the powerhouses that frequent the Greatest Show On Dirt year in and year out. This year, there will be no shortage of those.