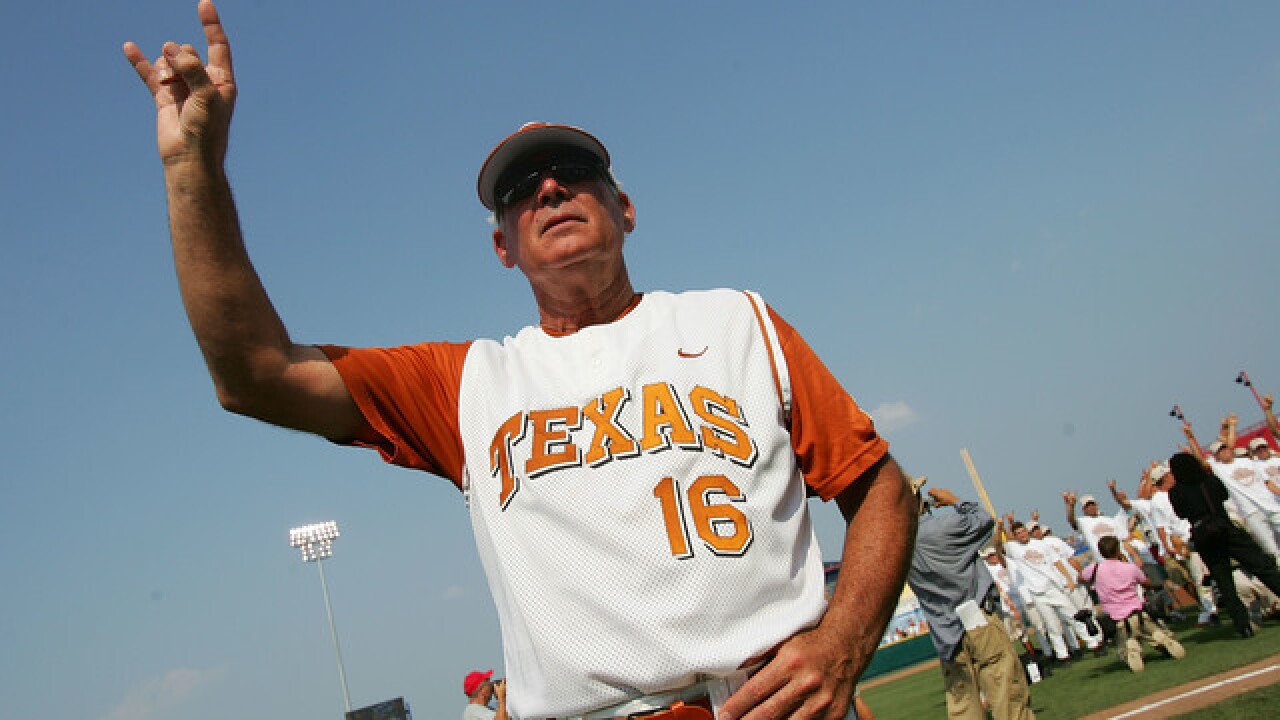 Copyright 2018 Scripps Media, Inc. All rights reserved. This material may not be published, broadcast, rewritten, or redistributed.
Jed Jacobsohn
<p>OMAHA, NE - JUNE 26: Head coach Augie Garrido #16 of the Texas Longhorns celebrate after defeating the Florida Gators during Game 2 of the championship series of the 59th College World Series at Rosenblatt Stadium on June 26, 2005 in Omaha, Nebraska. (Photo by Jed Jacobsohn/Getty Images)</p>

According to Texas baseball, legendary collegiate baseball coach Augie Garrido passed away early Thursday morning at the age of 79. Garrido was recently hospitalized following a stroke.

Garrido was a fixture in Omaha because of his 15 trips to the College World Series, including his five National Championship wins.

Garrido retired in 2016 as the winningest coach in college baseball history.