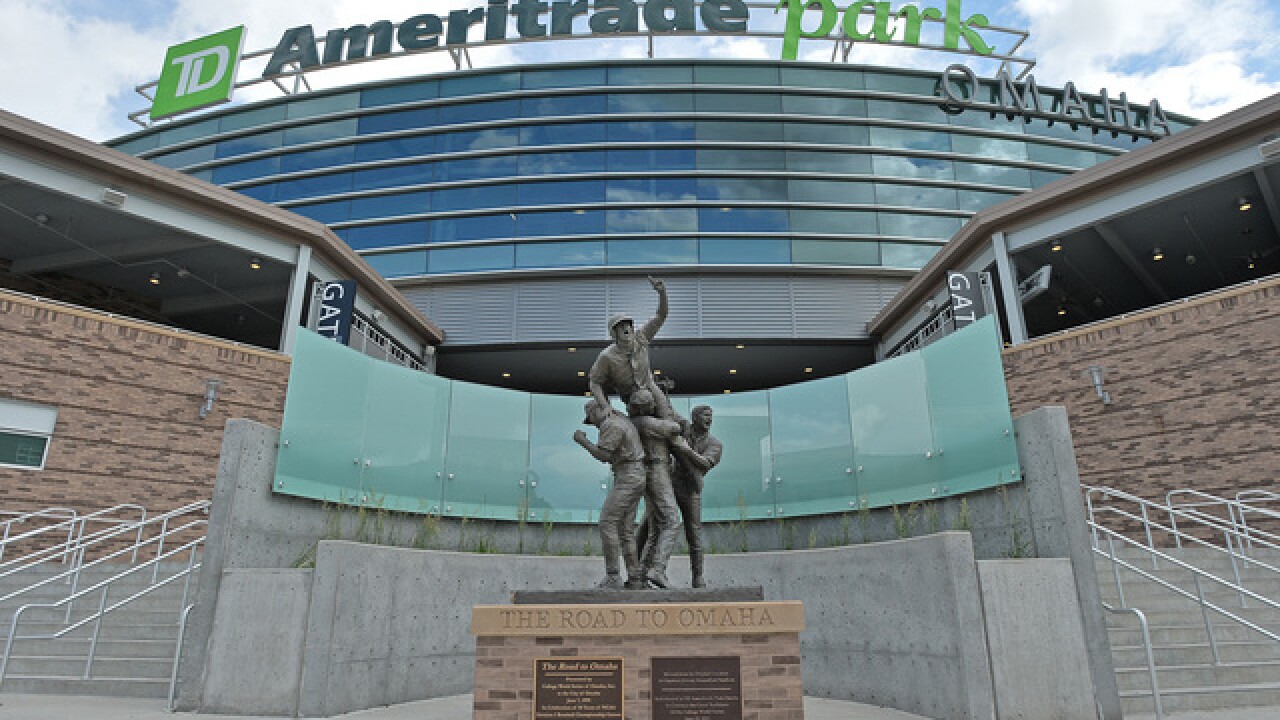 Copyright 2017 Scripps Media, Inc. All rights reserved. This material may not be published, broadcast, rewritten, or redistributed.
Peter Aiken
<p>OMAHA, NE - JUNE 23: A general view of TD Ameritrade Park before game one of the College World Series Championship between the Virginia Cavaliers and the Vanderbilt Commodores on June 23, 2014 in Omaha, Nebraska. (Photo by Peter Aiken/Getty Images)</p>

Alex Lange limited top-seeded Oregon State to two hits over 7 1/3 innings, and LSU ended the Beavers' 23-game winning streak with a 3-1 victory Friday to set up a winner-take-all Bracket 1 final at the College World Series.

The teams will meet again Saturday, with the winner going to the best-of-three finals beginning Monday.

They scored all three of their runs against national wins leader Jake Thompson (14-1). Lange (10-5) retired eight in a row before he turned the game over to closer Zack Hess with one out in the eighth. Hess retired the last five batters, four by strikeout, for his fourth save.