Quinn's Corner: CWS +/- for each team

What are strengths and weaknesses of each club? 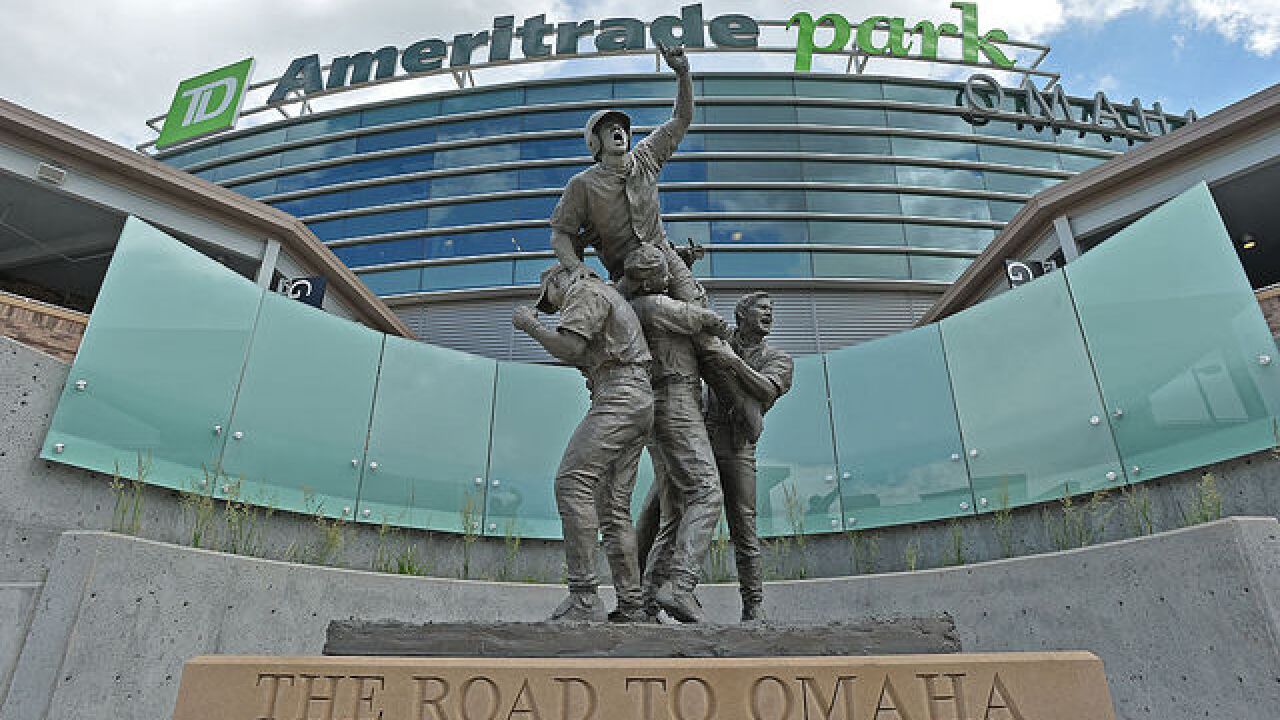 After a month long hiatus, Quinn's Corner makes its return, just in time for the College World Series in Omaha.

The eight clubs that will make the trek to Omaha amount to college baseball royalty, and while there may not be a true "Cinderella" story among them, the competition should be stellar from top to bottom. For the first time in several years, it wouldn't be a surprise if any of the eight teams outlasted the rest and hoisted the trophy.

Here's one of the biggest plusses and minuses for each of the teams this week.

Plus: The Beavers are the most balanced team in the field, yet still feature the best pitching staff of the group. Jake Thompson is 14-0 on the season, and his 1.52 ERA ranks fifth in the country. Nick Madrigal has drawn comparisons to Dustin Pedroia both in the field and at the plate.

Minus: The situation surrounding top starter Luke Heimlich will be difficult to ignore. It was discovered that Heimlich pled guilty to molesting a six-year old girl when he was 15, and is a registered sex offender. His 0.76 ERA was tops in the country during the regular season. Following the revelation, Heimlich went from projected early round draft pick to undrafted in this week's MLB draft. Heimlich will not travel with Oregon State to Omaha, but the questions surrounding his future likely will.

Plus: Starting pitching. Sophomore ace Colton Eastman missed nearly three months of the season due to injury, but returned late in the year in excellent form. Along with Eastman, Connor Seabold and John Gavin give the Titans a potent 1-2-3 punch at the top of their rotation.

Minus: Lack of power. This usually doesn't end up being huge issue at TD Ameritrade Park, where even good power teams will sometimes struggle. The Titans hit just 44 HR's as a team this season, and three-hole hitter Dillon Persinger has just 11 extra base hits on the year. That said, Fullerton is plenty scrappy and always finds ways to scratch runs across.

Plus: Balance. Unlike previous Tiger teams that were known for the offensive prowess, this LSU club can both hit AND pitch. Outside of Oregon State, they feature the best balance of offense to pitching of any team in the CWS. Junior Alex Lange is a stud on the hill, and outfielder Greg Deichmann is an RBI machine (72) in the cleanup spot.

Minus: Recent history. LSU's last trip to Omaha ended in frustrating fashion, as the Tigers entered as one of the favorites, and left before anyone expected. Past that, there's not much to dislike about Paul Mainieri's team. LSU was the SEC champion, has played consistently well all year, and will considered among the favorites by most.

Plus: A stud at the plate. Junior Dylan Busby pretty much does it all for the Seminoles. He's hitting .315 on the season with a team high 20 doubles, 14 home runs, and a team high .596 slugging percentage. Over the years, FSU has had some incredible individual players, and Busby seems to be cast from that same mold.

Minus: History and the draw. Florida State has an incredible 22 College World Series appearances, and zero titles to show for it. Mike Martin has been at the helm for 38 years, and has done everything with FSU except win a national championship. And the draw this year won't make it easy for Seminoles. In order to advance to the championship series, they'll have to beat both LSU and Oregon State, considered two of the favorites.

Plus: Brendan McKay. It's always worth something when you have the best player in the tournament, especially if he happens to be the best two-way player in the country. McKay, the fourth overall selection in this year's MLB draft,  owns a 10-3 record and 2.43 ERA on the mound, and 17 home runs out of the three-hole at the plate. The Cardinals have talent all over the place, but it all starts with McKay.

Minus: Recent history in Omaha. Louisville is a relative newcomer the elites of college baseball, having made just 11 NCAA tournament appearances, all under head coach Dan McDonnell. The last two of their four overall trips to Omaha have been especially cruel to the Cardinals, netting just one win. Still, this feels like Louisville's most complete team to date, and the biggest thing they need to focus on is simply winning the first one. After that, things could start moving downhill in a hurry for the Cardinals.

Plus: Momentum. A&M went a quick 5-0 through a tricky regional (Baylor, Iowa, Houston) and super regional against Cinderella candidate Davidson. Despite being a 3-seed in the regional and one of the last teams selected for the tournament, it feels like the Aggies are playing their best ball at the right time of year. The overall record can be a bit deceiving as well, considering the league they play in.

Minus: Overall resume. As noted above, A&M was among the last few teams selected for the tournament, and caught a nice break getting to host a super regional as a three seed. Had they lost the thrilling Friday night contest against Davidson, it's hard to imagine the Aggies even being here.

Plus: 1-2 punch on the mound. There will be a lot of great arms on display this week, but Florida's 1-2 punch of Alex  Faedo and Brady Singer is pretty darn good. They both had outstanding starts in the super regional round against Wake Forest, one of the better offensive teams in the ACC. Once you get past them, Florida's bullpen is anchored by closer Michael Byrne, who saved 16 games this season for the Gators. His strikeout to walk ratio this season is north of 5:1. Solid.

Minus: Frustration in Omaha. The Gators have made 11 total trips to the College World Series, including six of the last eight seasons. And, much like their rival Seminoles, have zero titles to show for it. In several of those trips, Florida looked like the most complete team in the field, and came up short. While this year's club features top notch pitching, the offense has managed just a .262 collective average on the season.

Plus: Well rounded team. TCU may not be considered "elite" in the field in too many areas, but they don't have many glaring weaknesses. If not for Louisville's Brendan McKay, TCU's Evan Scoug might be the most dangerous bat in the tournament right now. He's collected 12 RBI's in the postseason, hit four HR's, and is 6-for-18 collectively with four walks. Scoug is hot at the right time, to say the least. Their top two starters, Jared Janczak and Brian Howard provide TCU with a strong 1-2 punch.

Minus: Overall pitching, recent history. By normal college baseball terms, you'd look at TCU's 3.99 team ERA and be pretty satisfied. But in terms of teams competing in the CWS, it ranks near the bottom. Offense can sometimes be hard to come by in Omaha, and limiting mistakes on the mound will be important for TCU this week. The Frogs have also made four consecutive trips to the CWS, but are yet to crack the final two despite starting 2-0 in previous tournaments.

It's a tough call for both brackets, but I'll give LSU a slight advantage over Oregon State in bracket one. I like TCU over Louisville in bracket two, giving a slight edge to the Frogs because of their recent experiences in Omaha.

LSU will go on to capture their seventh CWS title and first since 2009 in a thrilling three game series.