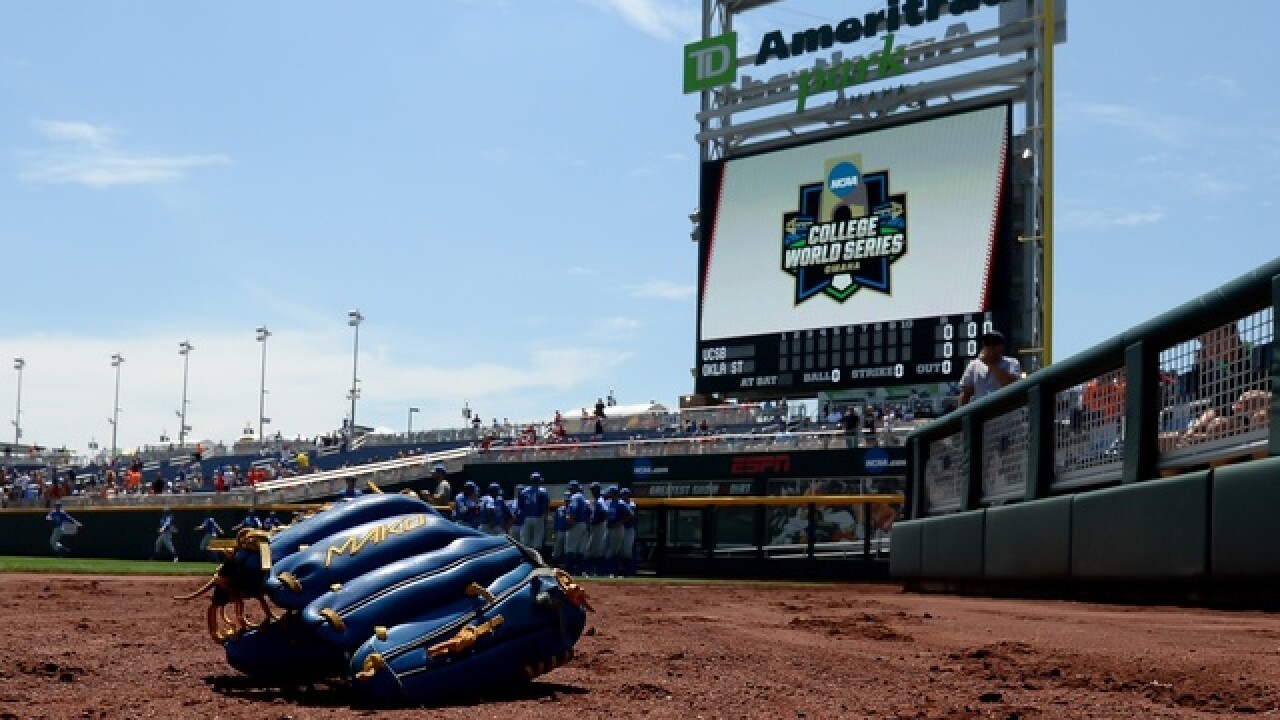 Evan Skoug hit a bases-clearing double, four TCU pitchers combined on a five-hitter, and the Horned Frogs beat Florida 9-2 on Friday night to force a second Bracket 2 final at the College World Series.

The teams will meet again Saturday night, with the winner advancing to the best-of-three finals starting Monday.

Skoug was 2 for 13 in the CWS when he came up in the sixth inning with two outs and the bases loaded. He lined reliever Frank Rubio's 2-2 pitch into the right-center gap for an 8-2 lead.

Charles King (1-3) pitched 3 1/3 innings of one-hit shutout relief after taking over for starter Mitchell Traver with two outs in the fourth.