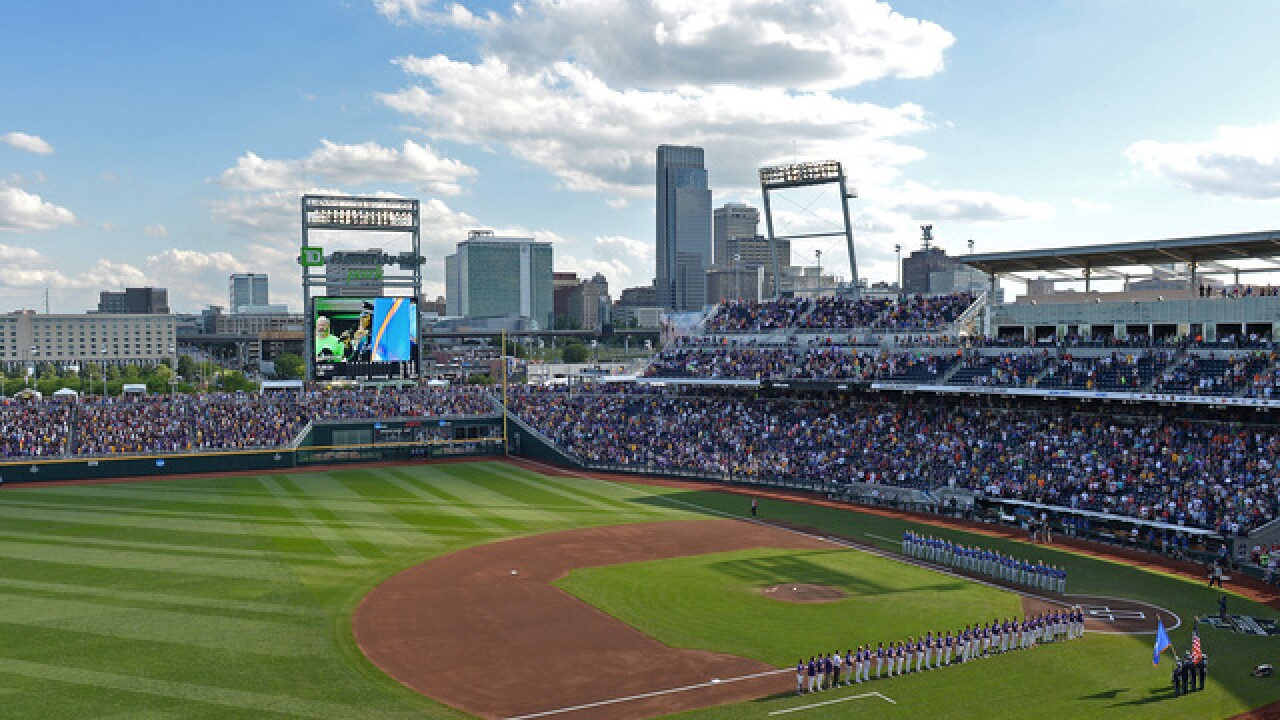 2017 Getty Images - Peter Aiken
Peter Aiken
<p>Omaha, NE - JUNE 26: A general view of the stadium during the National Anthem of game one of the College World Series Championship Series between the LSU Tigers and the Florida Gators on June 26, 2017 at TD Ameritrade Park in Omaha, Nebraska. (Photo by Peter Aiken/Getty Images)</p>

The field is set for the 2018 College World Series. Defending champ Florida became the last team to clinch a spot in Omaha after a crazy walk-off win on Monday night over Auburn.

Obviously the most fitting way to send the No. 1 seed into the final #CWS spot! 🤯

For the 1️⃣2️⃣th time in program history, @GatorsBB is headed to the College World Series! pic.twitter.com/Lnt38ZojTE

Arkansas is headed back to the #CWS for the 9th time in school history and the first time since 2015!#CWS | #RoadToOmaha pic.twitter.com/tzgZ9sY5vv

Meanwhile, Texas Tech clinched a spot with a win over Duke on Monday afternoon. It's the Red Raiders' third trip to Omaha in the last five years.

For the 3️⃣rd time in program history, @TTU_Baseball is headed to the College World Series! pic.twitter.com/AfHgZklQHy

Texas is headed back to TD Ameritrade Park for the first time in four years after holding off Tennessee Tech in game three of the Austin Super Regional.

Welcome back to Omaha, Horns!

For the 3️⃣6️⃣th time in program history and first since 2014, @TexasBaseball is headed to the College World Series! The most all-time trips to the #CWS. pic.twitter.com/OgVUKhLMWK

On Saturday, North Carolina completed the sweep of Stetson to be the first team to earn their spot in the eight-team field.

Later on Saturday, Oregon State rallied to beat Minnesota and protect their home field and advance to Omaha for the seventh time ever.

In a thriller, Washington defeated Cal State Fullerton in 10 innings to advance to the CWS for the first time, winning the series 2-1 on the road.

Not far behind was another extra-inning winner-take-all game, Mississippi State defeated Vanderbilt 10-6 in an 11-inning thriller to win the series 2-1 against its SEC foe.