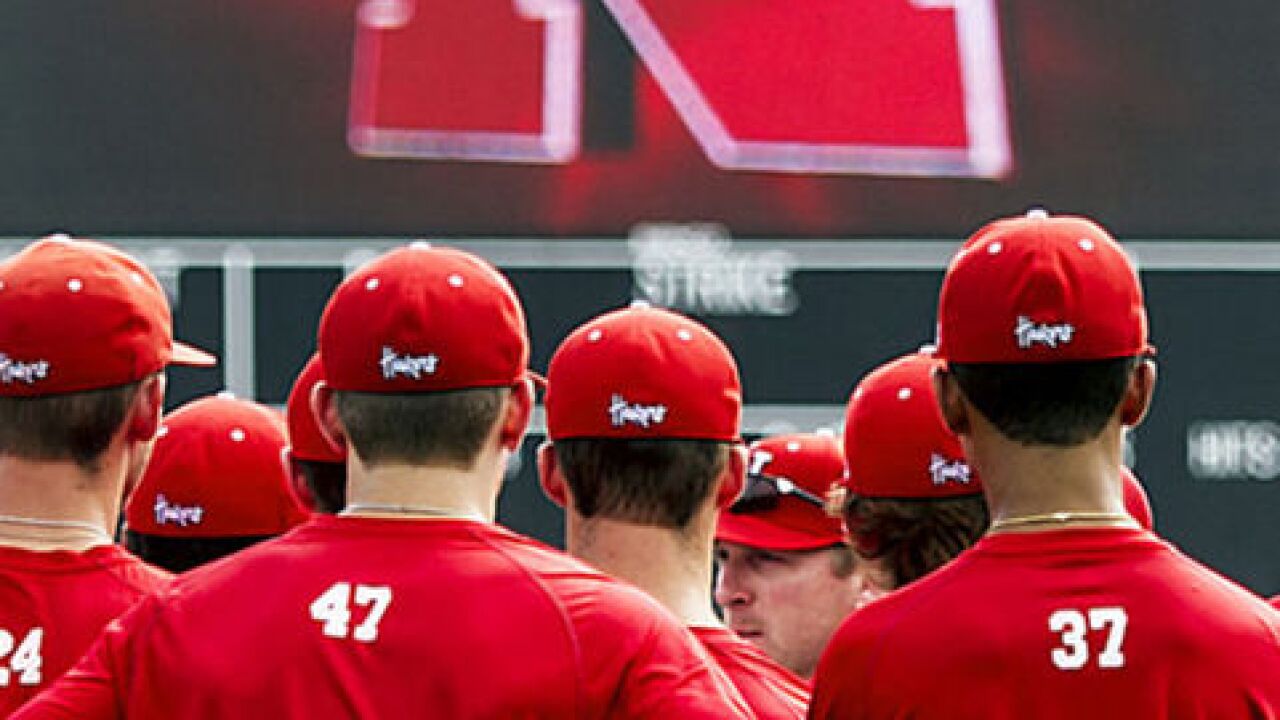 Lincoln, Neb. – The Nebraska baseball team (18-22) trailed Nevada 3-0 after the top of the fourth, but scored three runs in the bottom of the fourth and six runs in the seventh en route to a 9-5 win at Hawks Field on Thursday night.

Nevada (21-17) scored two runs in the top of the first and one run in the top of the third. In the fourth inning, Wilkening doubled in the leadoff spot before Gunner Hellstrom singled. Luke Roskam grounded into a double play, but one run scored. Zac Repinski reached on an error before Hallmark hit an infield single. Carter Cross singled through the right side to drive in one run. Hallmark then scored on a wild pitch.

Nevada scored one run in the seventh inning when Joshua Zamora hit a home run to left field. The solo shot gave the Wolf Pack a 4-3 advantage before NU’s six-run barrage in the seventh.

Mojo Hagge drew a leadoff walk before Schreiber singled. Wilkening also singled, which brought in Hagge and tied the game. After a strikeout, Roskam walked to load the bases. Repinski walked to bring in one run. Hallmark hit an infield single to bring in another run. Altavilla walked to score an additional run. Hagge doubled down the left field line to score two runs, but Altavilla was thrown out at the plate.

The Huskers and Wolf Pack continue their three-game series on Friday at Hawks Field, starting at 6:35 p.m. (CT).