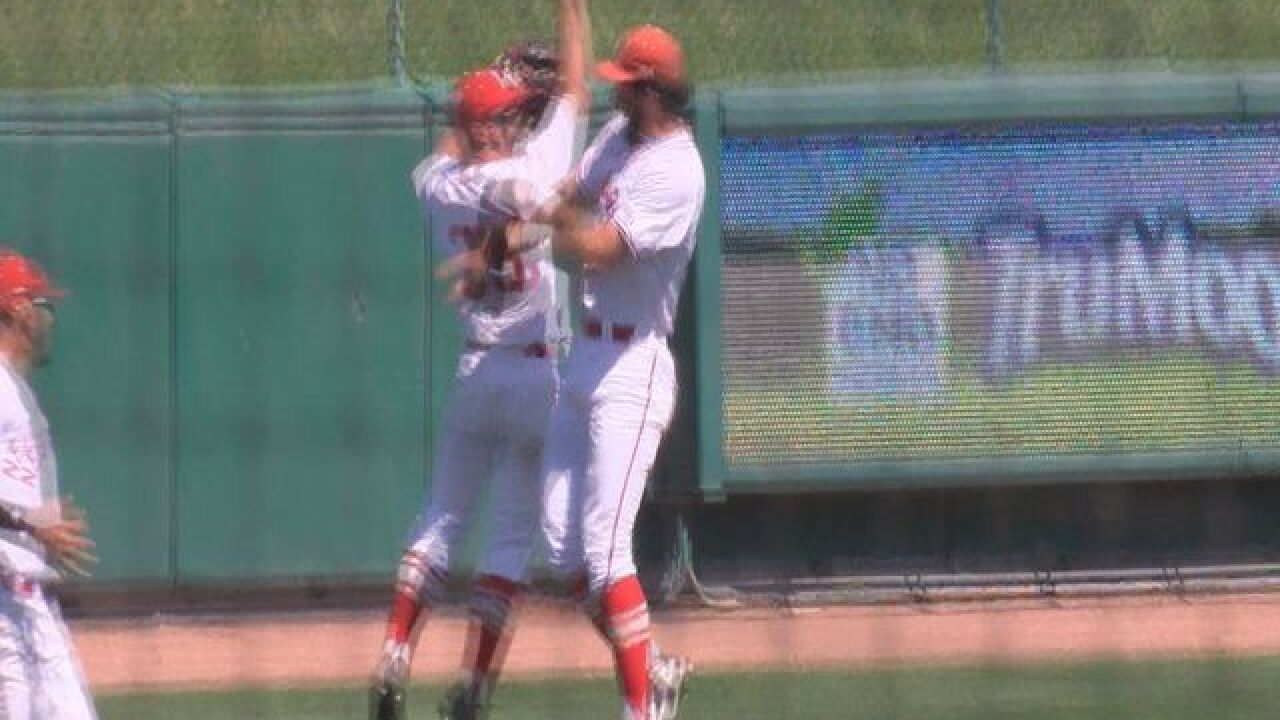 Columbus, Ohio – Seniors Luis Alvarado and Scott Schreiber led Nebraska (14-12, 2-2 Big Ten) to a 7-3 come-from-behind win against Ohio State at Nick Swisher Field at Bill Davis Stadium on Friday night. The Buckeyes raced out to a 3-0 lead after two innings, but the Huskers stormed back with seven unanswered runs to take the series opener.

Alvarado, who made his seventh start of the season, threw a career-high 7.2 innings, allowing three runs and recorded five strikeouts. Schreiber continued his offensive production with a 3-for-5 day, including a home run and two RBIs.

In the top of the first, Schreiber hit a one-out single, but remained stranded when the next two Husker batters were retired. Ohio State scored one run in the bottom of the first with a pair of two-out hits, but the final batter was thrown out at third after a double.

NU went down in order in the top of the second. The Buckeyes added two runs in the bottom of the second when Nate Romans hit a two-run shot to center field. OSU left three runners on base.

All three Husker batters were retired in the top of the third inning. The Buckeyes also went down in order in the third frame.

Nebraska tied the score at 3-3 with three runs in the fourth. Schreiber smoked a leadoff home run to left field, his team-high seventh homer of the season. Luke Roskam walked before Zac Repinski’s double advanced him to third. Jaxon Hallmark’s groundout brought in one run before Gunner Hellstrom’s RBI single tied the game. OSU managed one baserunner in the fourth, but left him on base.

The Huskers took the lead in the fifth when they scored two runs. Joe Acker singled in the leadoff spot. Altavilla reached on a throwing error and advanced to third, which scored Acker. Schreiber singled to drive in Altavilla, but was thrown out at first base on the play. Ohio State went down in order in the fifth.

Nebraska managed one baserunner in the sixth, but left him stranded. After a leadoff strikeout, Alvarado hit the next two batters, but an inning-ending double play helped NU retain its 5-3 advantage. Both teams went down in order in the seventh inning.

Hallmark walked in the leadoff spot in the ninth and scored on Mojo Hagge’s one-out RBI triple. Ben Klenke singled through the right side to drive in Hagge. Altavilla singled in the subsequent at-bat to put runners on first and second. A double play ended the inning. In the bottom of the ninth, Ohio State loaded the bases, but Jake Hohensee got out of the jam to earn his sixth save of the season.