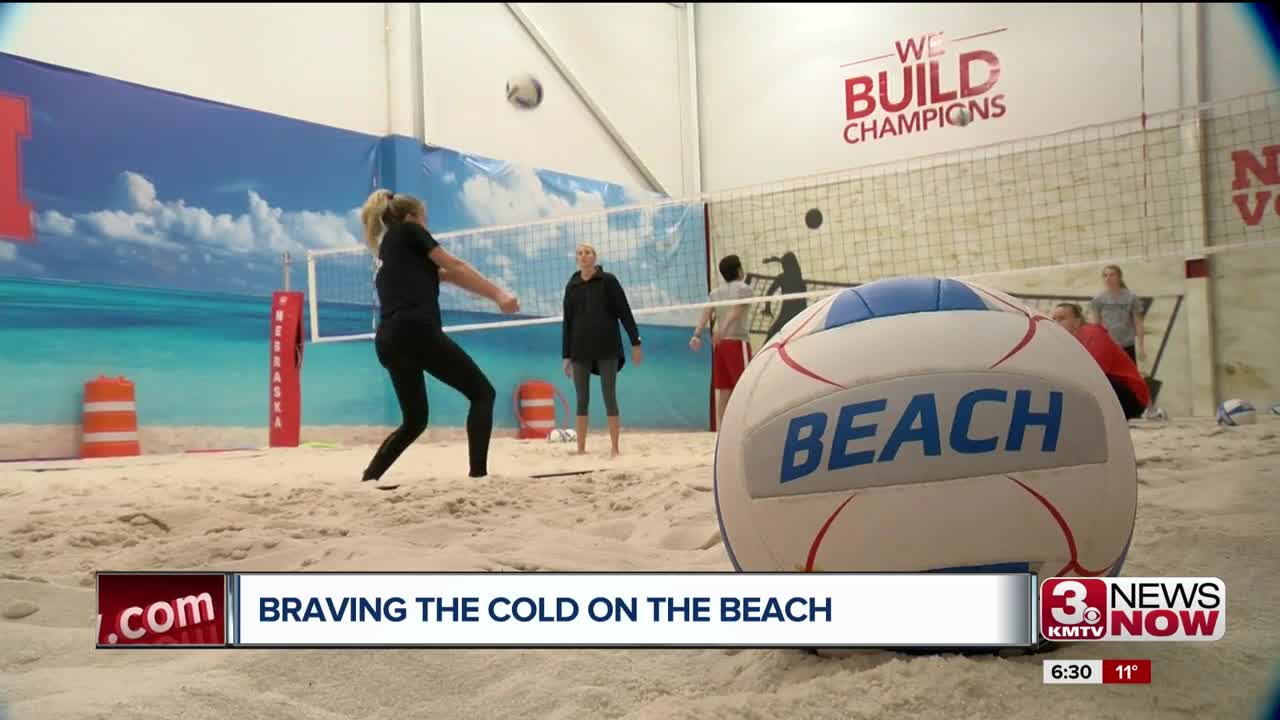 LINCOLN, Neb. (KMTV) — With snowy conditions outside, a Huskers team is busy at work getting ready for the beach volleyball season.

"A lot of people who even work here don't know it's a thing," said freshman Nicklin Hames. "I tell them we're playing beach and they're like where in Nebraska and I have to explain we have an indoor court."

In the back corner of a weight room NU's turned the gym into a tropical paradise, complete with fakes waves and sandy shores.

"There's fake water and we have a fake shark," Hames said. "We can keep dreaming even though it's negative degrees out."

You know the players already, Lauren Stivrins, Jazz Sweet and Nicklin Hames. but now they're working on a different sport.

"The only ones who aren't playing are Brooke Smith, Mikaela Foecke and Kenzie Maloney," Hames said. "Everyone else is playing beach."

The program started at UNL in 2013 and the Huskers are one of 54 division one teams in the US.

"It's unfortunate that not everyone can have the facilities we have because I think more schools would have teams if they did," said assistant coach Kayla Banwarth.

The sport has it's perks. Each season the team travels to exotic locations during Spring Break for competitions.

"We go to Hawaii, California so it's a good offseason," said Hames.

"I mean it's not awful," said Banwarth. "I mean it's cool to go to Hawaii and California over spring break."

Until then, the Huskers willl dig they're toes in the sand and work on their sets because staying on the beach is better than battling the blistering cold.