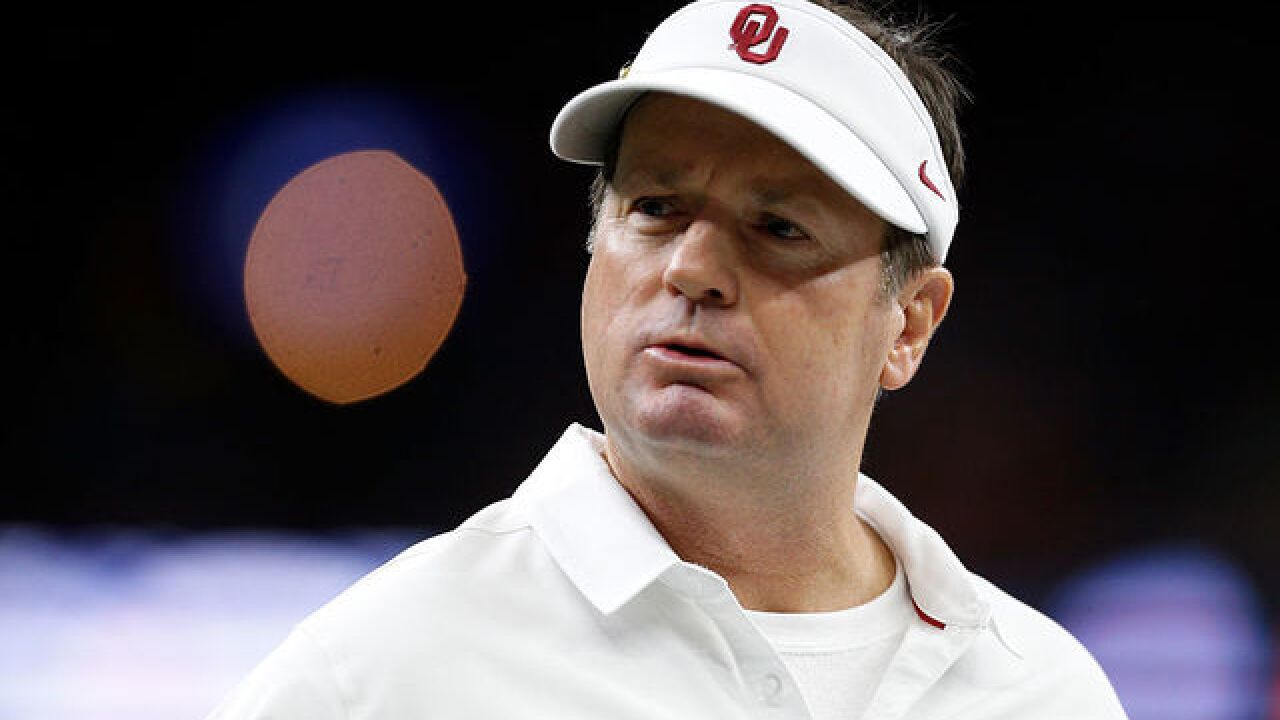 Copyright 2017 Scripps Media, Inc. All rights reserved. This material may not be published, broadcast, rewritten, or redistributed.
Jonathan Bachman
<p>NEW ORLEANS, LA - JANUARY 02: Head coach Bob Stoops of the Oklahoma Sooners looks on against the Auburn Tigers during the Allstate Sugar Bowl at the Mercedes-Benz Superdome on January 2, 2017 in New Orleans, Louisiana. (Photo by Jonathan Bachman/Getty Images)</p>

Bob Stoops is stepping down as head football coach of the Oklahoma Sooners after 18 years at the helm. The news first broke by Berry Tramel of NewsOK. Offensive coordinator Lincoln Riley, 33, will take over as head coach.

"After 18 years at the University of Oklahoma, I've decided to step down as the head football coach," Stoops said in Wednesday statement. "I understand there has been some speculation about my health. My health was not the deciding factor in this decision and I've had no incidents that would prevent me from coaching.

"I feel the timing is perfect to hand over the reins. The program is in tremendous shape. We have outstanding players and coaches and are poised to make another run at a Big 12 and national championship. We have new state-of-the-art facilities and a great start on next year's recruiting class."

Stoops led Oklahoma to the 2000 national championship in just his second year with the Sooners. He won 10 Big 12 titles, including each of the last two years. The six-time Big 12 Coach of the Year had seven top five finishes and 11 top 10 finishes.

"The time is now because Lincoln Riley will provide a seamless transition as the new head coach, capitalizing on an excellent staff that is already in place and providing familiarity and confidence for our players," Stoops said in the statement. "Now is simply the ideal time for me and our program to make this transition."

Stoops went 190-48 in his 18 years in Norman. The Iowa alum is also the only coach in the BCS era to have won a Rose Bowl, a Sugar Bowl, a Fiesta Bowl & an Orange Bowl.