FINAL: Nebraska loses a heartbreaker in overtime to Northwestern 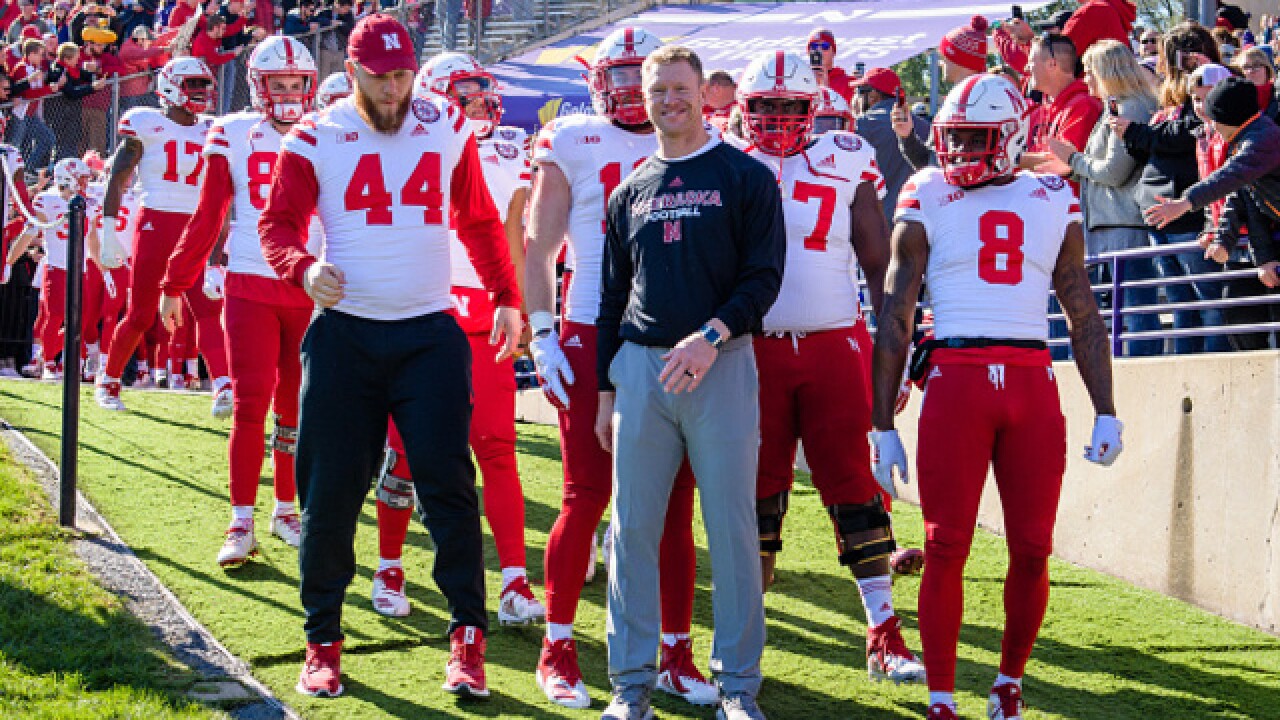 Copyright 2018 Scripps Media, Inc. All rights reserved. This material may not be published, broadcast, rewritten, or redistributed.
Icon Sportswire
EVANSTON, IL - OCTOBER 13: Nebraska Cornhuskers head coach Scott Frost leads his team onto the field before a college football game between the Nebraska Cornhuskers and the Northwestern Wildcats on October 13, 2018, at Ryan Field in Evanston, IL. (Photo by Daniel Bartel/Icon Sportswire via Getty Images) 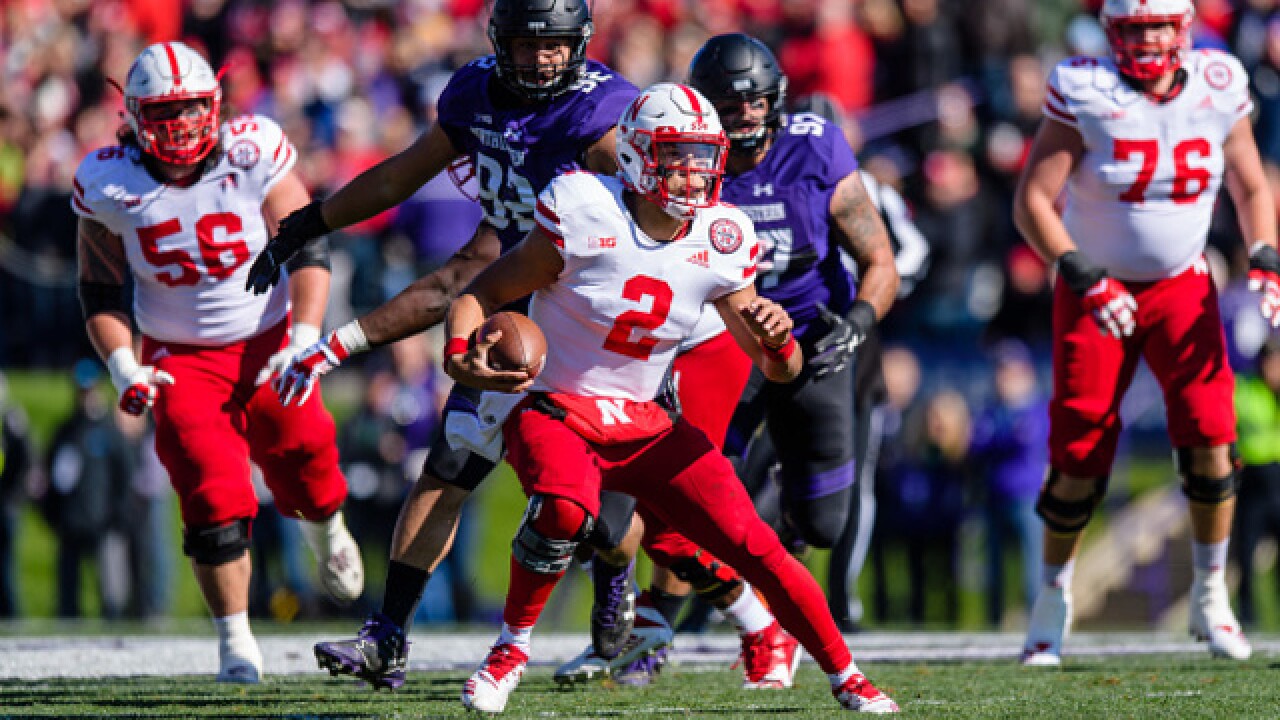 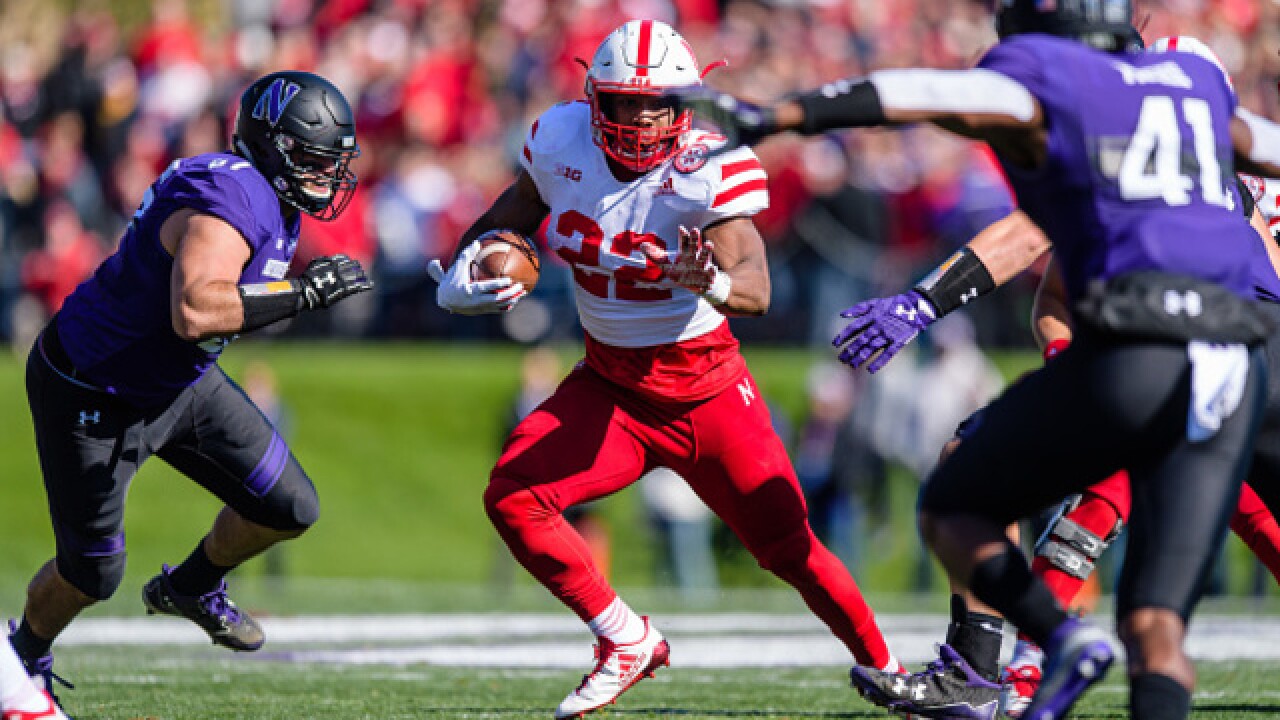 In a season of a lot of low points, a 34-31 Nebraska overtime loss to Northwestern will hurt the most for Huskers fans,

The Huskers are now 0-6 for the first time in program history. That's 129 seasons of Big Red football. Nebraska held a ten point lead late in the fourth quarter and this is how it all unfolded.

Nebraska moved quickly to take a 7-0 lead on a 1:28 opening drive. Martinez found JD Spielman for a 42 yard play action pass. The Huskers had a chance to extend the lead, but kicker Barret Pickering missed on a 45 yard field goal later in the quarter.

Northwestern tied the game 7-7 in the second quarter when quarterback Clayton Thorson passed to his favorite target wide receiver Flynn Nagel for a 21 yard touchdown. The Wildcats took a 14-7 lead on a scoop and score off an Adrian Martinez fumble later in the second quarter.

Nebraska recovered quickly going 83 yards down the field for a touchdown the next drive. Running back Devine Ozigbo ran it in from 12 yards out. Barrett Pickering would miss the extra point, adding to his struggles.

Northwestern took a 14-13 lead into halftime.

Nebraska took the momentum into the third quarter. Defensive back Antonio Reed came up with an INT as Northwestern started with the ball with the second half. The Huskers took the ball 97 yards down the field for a touchdown scored by Devine Ozigbo for a 20-14 lead.

Ozigbo had a monster day on the ground with 22 carries for 161 yards and two touchdowns.

At the beginning of the fourth quarter, Maurice Washington added a three yard touchdown run to make it 28-14. The Wildcats answered with a 61 yard touchdown strike from Thorson to Nagel, making it 28-21.

Halfway through the final stanza, Pickering redeemed himself with a 35 yard field goal to give the Huskers a 31-21 lead. A Northwestern field goal would cut the lead with about two minutes left in the game to 31-24. Northwestern would then get the ball back and marched 99 yards with zero timeouts for a game tying touchdown that sent it to overtime.

Nebraska started with ball to start the extra period. The drive came to a fourth and one, and then a nightmare for Huskers fans. A botched snap, Martinez was force to scramble, launched one for the endzone and it was intercepted. Northwestern kicker Drew Lauckenbaugh made a 37 yard field goal to give Northwestern the win 34-31.

Martinez finished the game 25 of 25, 251 passing yards, one touchdown and two interceptions. Spielman had eight receptions for 76 yards and a touchdown.

Nebraska's next game is on October 20 when they host Minnesota at Memorial Stadium.