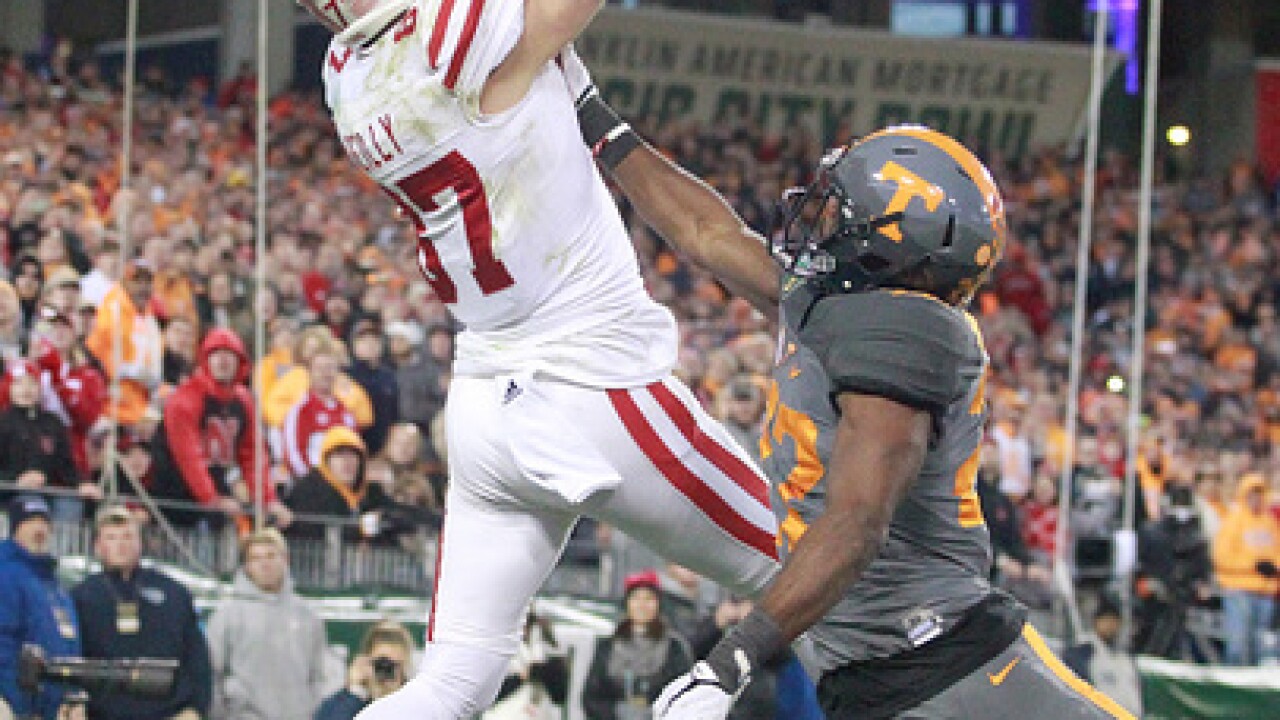 Copyright 2017 Scripps Media, Inc. All rights reserved. This material may not be published, broadcast, rewritten, or redistributed.
Icon Sportswire
<p>NASHVILLE, TN - DECEMBER 30: Nebraska Cornhuskers wide receiver Brandon Reilly (87) makes a leaping catc in the end zone for a second half touchdown. The Tennessee Volunteers defeated the Nebraska Cornhuskers 38-24 at the Music City bowl on December 30, 2016 at Nissan Stadium in Nashville, Tennessee.(Photo by Charles Mitchell/Icon Sportswire via Getty Images)</p>

LINCOLN (KMTV) — After entertaining football fans with his fair share of circus catches, Brandon Reilly is calling it a career.

"I gave it a good run," said Reilly. "But internally, the timer went off and I need to move on and find the next challenge."

The former Husker receiver says he's been thinking about retiring for a couple weeks now after the XFL officially went out of business last month.

"The XFL was a great gig but, obviously, the whole COVID happening wasn't ideal," Reilly said. "It was one of those things where I can't just keep waiting around and the NFL wasn't really calling much last year after I got cut in Pittsburgh. I don't think I did enough in the XFL for them to call this year."

Before Reilly's time with the St. Louis XFL team, the Lincoln native spent part of three seasons in the NFL, most notably with the Buffalo Bills, where he worked his way up to the 53 man roster in late 2017.

"The first day you walk in the locker room and you see (LeSean) Shady McCoy there it's like well he was on my fantasy team last year," said Reilly. "You kind of get into it quick but then once you get to know them, they're just regular guys. A lot of good guys. You gain friendships, relationships you start making and obviously, getting called up to the 53 was a big moment for me and I just tried to live in the moment and embrace everything and truly enjoy it."

Reilly admits making it to the NFL actually wasn't his dream growing up and he almost gave up the sport his junior year of high school after only making the JV team. But after a pep talk from his father, the Lincoln Southwest alum stuck it out and would end up walking on at Nebraska.

"Once I got to Nebraska, even early on, it (the NFL) really wasn't my goal," Reilly said. "I was like let me try to get on the field and then I started to get a little better and then the veteran guys on the Nebraska team when I was younger, they saw potential in me and built confidence in me."

Before his sophomore season at NU, Reilly would have what he says is his most memorable moment as a Husker alongside his late friend Sam Foltz.

"Getting my scholarship. me and Sam Foltz got it on the same day," Reilly recalled. "We got in the summer, which they usually waited til fall camp. It was kind of a little different and definitely the most memorable for me."

When Reilly's time was finished at Nebraska, he set the Husker career receiver record with 18.2 yards per catch.

"It was a proud moment to wear the 'N' on the side of my helmet and something no one can ever take from me," said Reilly. "A lot of work went into it,. A lot of time but I loved every second of it."