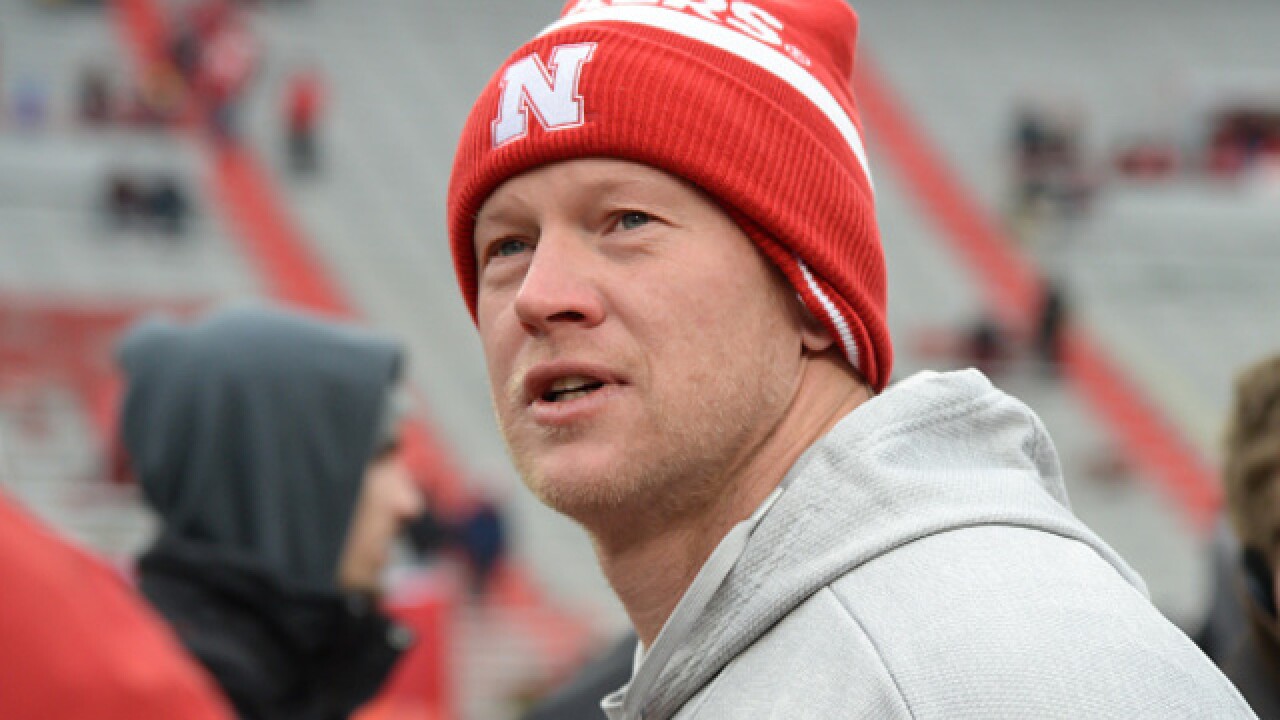 Copyright 2018 Scripps Media, Inc. All rights reserved. This material may not be published, broadcast, rewritten, or redistributed.
Steven Branscombe
<p>LINCOLN, NE - NOVEMBER 17: Head coach Scott Frost of the Nebraska Cornhuskers during pregame activities before the game against the Michigan State Spartans at Memorial Stadium on November 17, 2018 in Lincoln, Nebraska. (Photo by Steven Branscombe/Getty Images)</p>

The Hawkeyes started the second quarter in the redzone and quickly scored. Running back Toren Young punched in a four yard touchdown to give Iowa a 14-7 lead.

Nebraska kicker Barret Pickering knocked in a 27 yard field goal to cut into Iowa's lead to make it 14-10. iowa would later tack on a running back Mekhi Sargent  rushing touchdown to make it 21-10. The Hawkeyes converted on a fourth down to keep this scoring drive alive.

Pickering made a 46 yard field goal as time expired in the first half to make it 21-13 at thew half.

Martinez went 14 of 19 for 148 yards and a touchdown in the first half. Running back Devine Ozigbo had just three rushes for 27 yards.