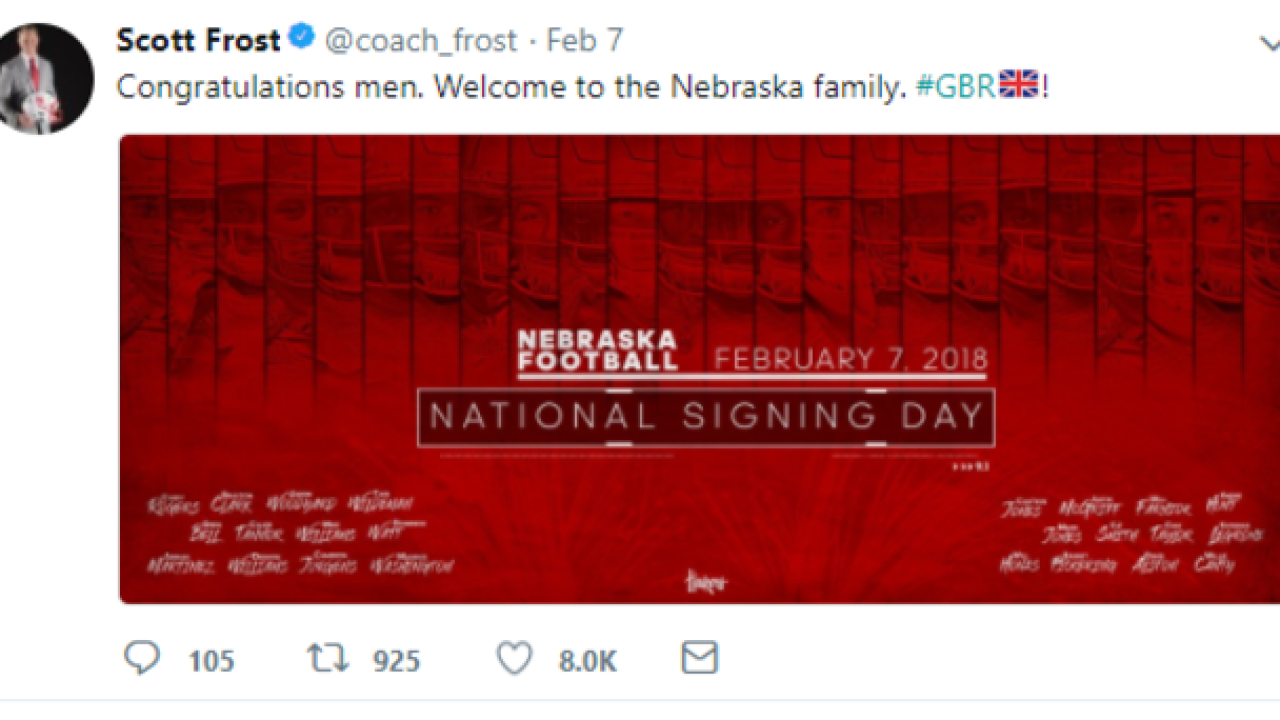 Husker Nation, you may notice something other than an ear of corn pop up on Twitter when you use a certain hashtag.

Many NU sports fans use #GBR to mean Go Big Red. But right now, during the Olympics, #GBR generates a small British flag to indicate Great Britain. In fact, if you scroll through past posts, you'll find that they too show the Union Jack.

Husker fans have noticed the change.

Good luck in the Olympics to our friends across the pond. #GBR

Dear @Twitter, the hashtag #GBR means Go Big Red and has nothing to do with Great Britain. You can trade the 🇬🇧for 🌽 or ☠️. Sincerely, Husker Nation. #Huskers

It happened during the last Olympic Games too, but fans should be glad to hear, it was only temporary.