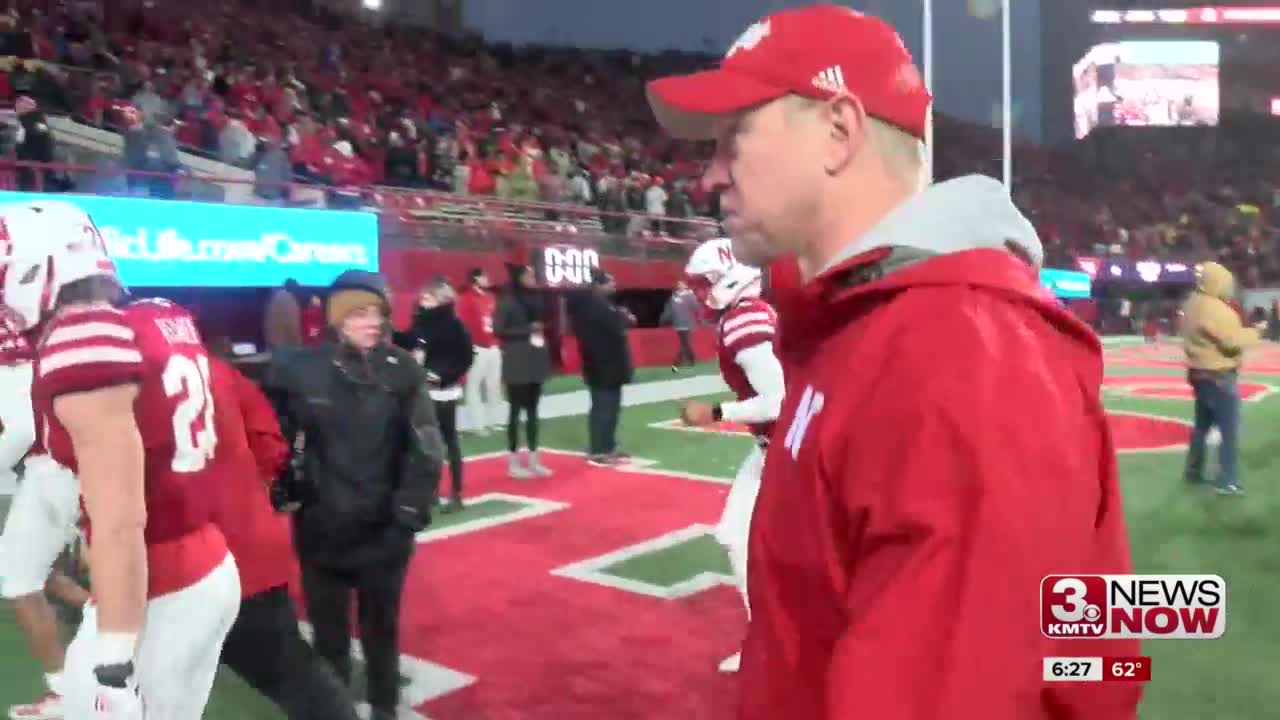 LINCOLN (KMTV) — On Wednesday, Bellevue West wide receiver Keagan Johnson committed to Iowa. The 6-1, 180 pounder picked the Hawkeyes over Nebraska, where his dad Clester Johnson was a standout wingback for the Big Red in the 1990's. Husker247 recruiting analyst Mike Schaefer discussed the importance of the three-star's decision.

"For Nebraska, it's a double-edged sword," said Schaefer. "They miss out on a guy they wanted. Now, they have to go and defend him over the next four to five years."

Johnson becomes the 2nd Top 5 in state recruit in the last month to pick a division opponent of Nebraska's. In April, Westside four-star defensive back Avante Dickerson committed to Minnesota.

"I think that is more emblematic of where we are in recruiting in 2020," Schaefer said. "Minnesota's top players are going to Iowa and Wisconsin, respectively. It's hard. It's hard to keep your own players. It's not as easy as maybe it use to be to keep guys in-state."

The Huskers still have a shot with plenty of recruits in the area including four-star tight end Thomas Fidone of Council Bluffs Lewis Central.

"Thomas Fidone might be the #1 target on Nebraska's board regardless of position," said Schaefer. "We know this staff. They want to have more success with their tight ends. They want to be able to do more with their tight ends in the offense. Thomas Fidone fits the hybrid type of tight end they had at UCF that they haven't necessarily had success recruiting or utilizing here at Nebraska. I think Thomas Fidone's a huge, huge target for them and I think Nebraska's in a pretty good spot. Now, they've still got to beat out Iowa for Fidone and Notre Dame and Michigan and Alabama. Those schools are involved."

While many Nebraska fans will debate the reasons for missing out on Dickerson & Keagan Johnson, winning on the field would go a long ways in Schaefer's opinion.

"One of the great what ifs of the last six months would be if Nebraska had taken care of Iowa when they had the ball on that final drive," Schaefer said. "Our offseason, the conversation around this team would be entirely different if you were talking about a win over Iowa to finish the year and then a bowl game. Then, you'd be talking about Nebraska took a big step forward and there'd be a lot more enthusiasm and excitement. Right now, instead, we're talking about how there's still a little bit of a stale feel about what's going on with Nebraska, that they haven't taken this big step forward and how big of a pivotal year it's going to be for 2020."