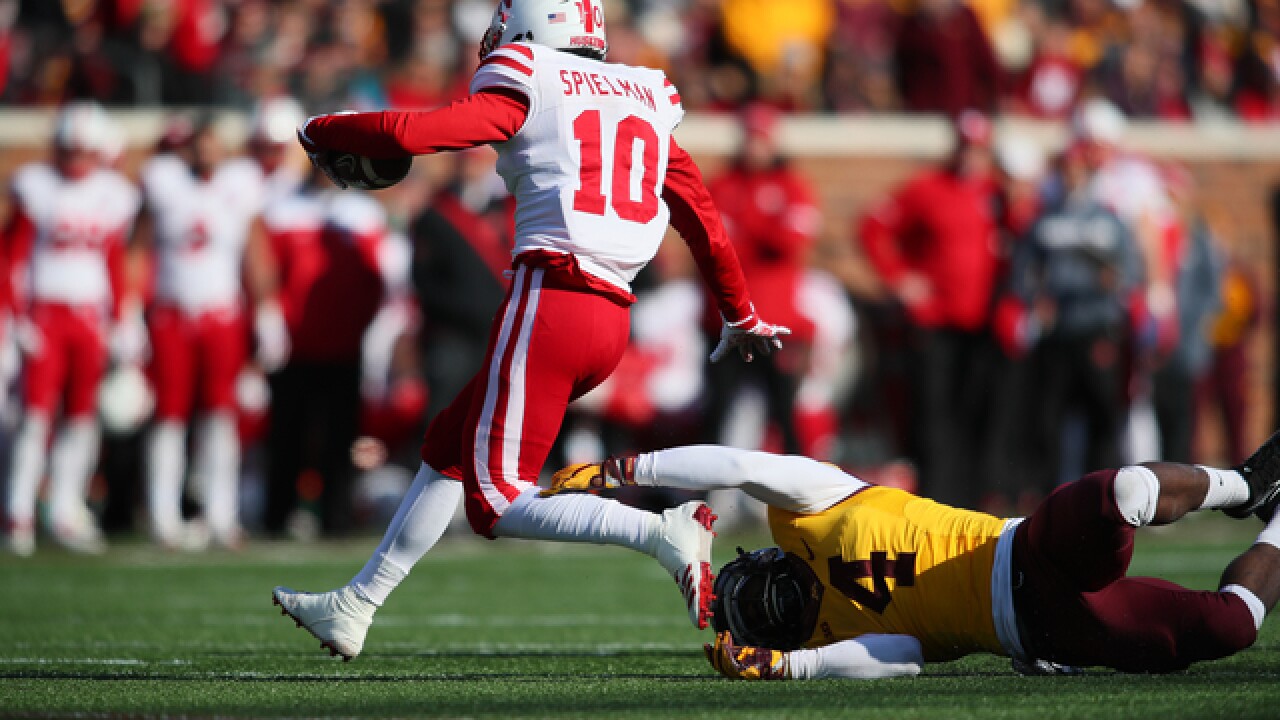 OMAHA (KMTV) — Huskers wide receiver J.D. Spielman is reportedly transferring from Nebraska. Our partners at the Omaha World-Herald have confirmed that Spielman has entered the transfer portal.

Confirmed that JD Spielman has entered the transfer portal. #huskers

Back in March, Spielman took an absence from the Nebraska football team due to health concerns. Spielman has already redshirted & has one year of eligibility remaining. He would have to sit out the 2020 season if he went to another FBS school, unless he applied for a waiver that would need approval by the NCAA.

The Minnesota native was named Nebraska's Receiver of the Year in 2018 & 2019. Spielman holds several Husker records including the single-game receiving yards mark with 209 at Wisconsin in 2018 & the freshman receptions record wtih 55 in 2017.

The 5'9" 180 pounder is the son of Minnesota Vikings GM Rick Spielman.

Nebraska now has nine wide receivers on scholarship & five of them are newcomers.

still my brother no matter what 🤞🏾 @jdspielman10