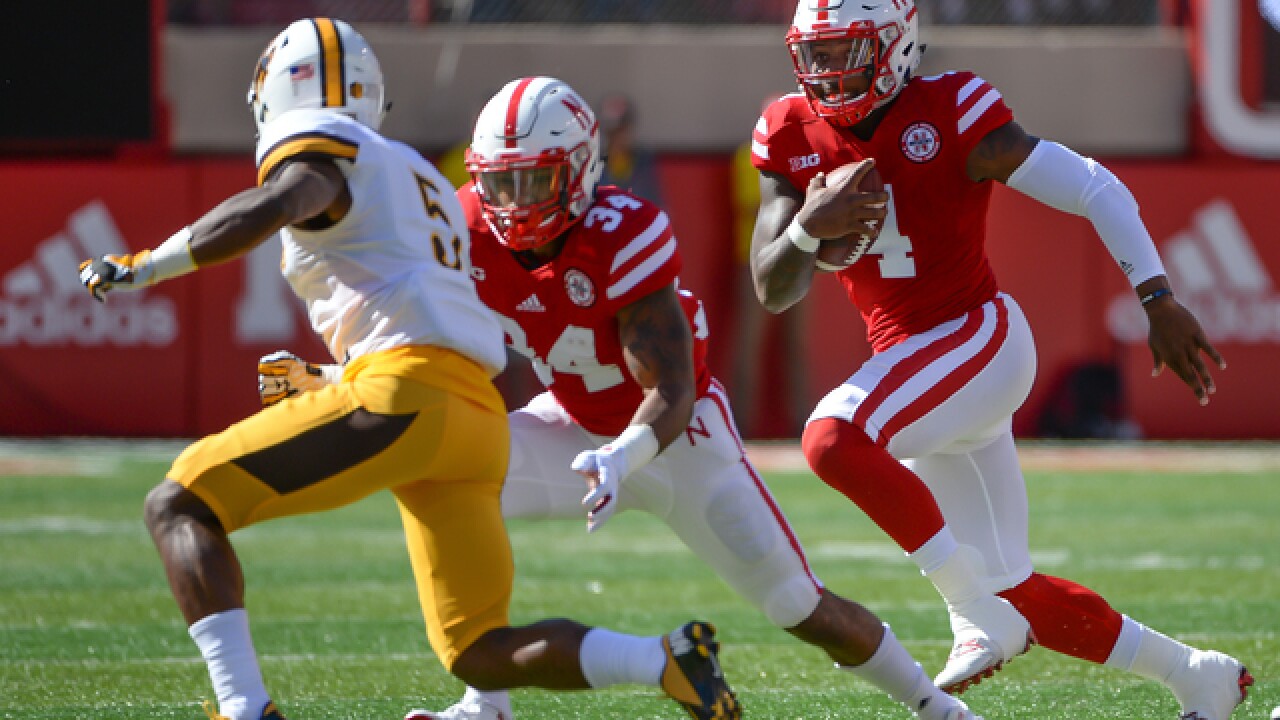 Last week, the Huskers ran the ball on 20 of it's first 21 plays from scrimmage. This week, Nebraska ended with . Last week, the Huskers had little to no big plays (except the long bomb to Alonzo Moore), this week's game was full of big plays. Here's my final thoughts on Nebraska's week two win against Wyoming:

Armstrong has moments of brilliance, and moments that are absolutely puzzling. Tommy runs the ball like Nebraska's option quarterbacks of the past and can throw the deep ball like no one's business. However, he makes some truly terrible mistakes.

Tommy Armstrong set the new school record for career touchdown passes with 57, and is right on Taylor Martinez's heels for the all-time passing yards leader. He also makes some of the most questionable decisions I have ever seen a college quarterback make.

Nebraska had the ball at the five yard-line, knocking on the door to add to it's 17-0 lead. Langsdorf called for a rollout pass from Armstrong, and Tommy threw it right into a Wyoming defenders hands. Even the stats guy in the press box said "not sure who that was intended for".

In Tommy's defense, why throw the ball when you're that close?

Armstrong then had a perfectly thrown pass to Jordan Westerkamp for a 34-yard touchdown pass. It was an NFL caliber throw, right over Westerkamp's shoulder and out of the defenders reach.

Yes, you have to take the good with the bad, but the bad could cost Nebraska a lot of key games later on in the season.

Nebraska finished the game with seven penalties for 93 yards, including a handful of personal foul penalties. Mike Riley was not happy with the amount of personal fouls last week, and sure won't be happy about them this week.

The penalties were key in stopping a lot of Nebraska's drives on offense and extending Wyoming's drives when the Huskers were on defense. Nebraska will need to clean these up before it heads into Big Ten play, because teams not named Wyoming and Fresno State will capitalize on these opportunities.

The Huskers looked solid defensively for most of the game, considering the punt team didn't always put the defense in the best of situations. Carlos Davis looked solid stepping into the hole left by Mick Stoltenberg who sat out Saturday after having his knee scoped.

The defensive line still didn't get a whole lot of pressure on Allen, but the defensive backs made up for it by coming up with four interceptions.

The third down defense for Nebraska was stout, stuffing Wyoming on its first three third-and-short run attempts. All things considered, it was a solid defensive outing for the Huskers.

Gerry has been known to get under opponents skin, and that was on full display Saturday. The highlight of it all was when Gerry intercepted Wyoming quarterback Josh Allen's pass in the fourth quarter. Allen dragged Gerry down by the shoulder pad after the play and Gerry stood up, turned around and handed Allen the ball.

He literally took the ball he just intercepted and handed it back to the quarterback. What a savage. Allen chucked the ball at Gerry's back, and Gerry was flagged on the play. It was unsportsmanlike, but I saw that as offsetting penalties at the very least. Gerry always has had a "target" on his back with the officials.

Next week, the Huskers face off against Pac-12 opponent Oregon at 2:30 p.m. The contest takes place inside Memorial Stadium during its 350th consecutive sellout, which should make for an electric environment.

For continuing coverage of Nebraska football, follow @OSIsports and @TylerMartinOSI on Twitter, check back with OmahaSportsInsider.com and tune into KMTV and AM 590 ESPN Omaha.