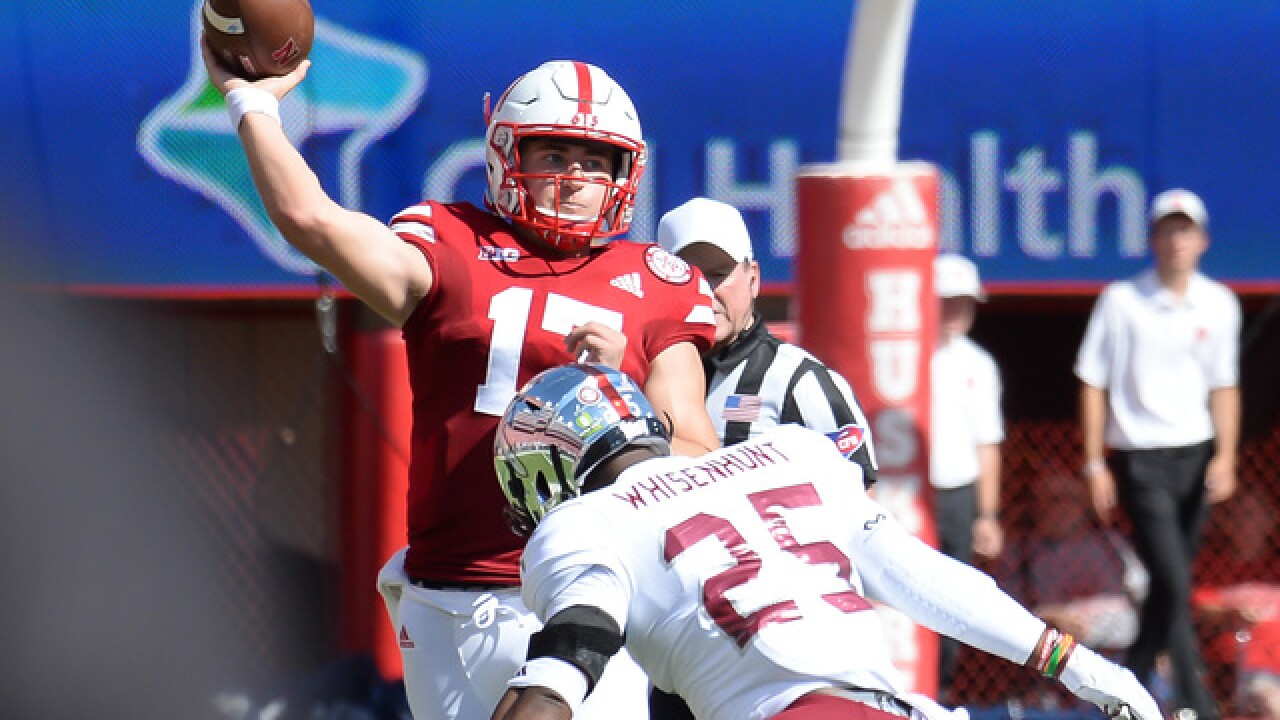 Copyright 2018 Scripps Media, Inc. All rights reserved. This material may not be published, broadcast, rewritten, or redistributed.
Steven Branscombe
<p>LINCOLN, NE - SEPTEMBER 15: Quarterback Andrew Bunch #17 of the Nebraska Cornhuskers passes against linebacker Justin Whisenhunt #25 of the Troy Trojans in the first half at Memorial Stadium on September 15, 2018 in Lincoln, Nebraska. (Photo by Steven Branscombe/Getty Images)</p>

Nebraska football faltered in 24-19 loss to Troy to make it eight losses in its last nine games, falling to 0-2 in Scott Frosts debut season as head coach.

The Huskers struggled to move the ball offensively and costly penalties, turnovers and special teams errors continued to plague the Huskers in week three.