Nebraska football leads Colorado 21-17 at the half 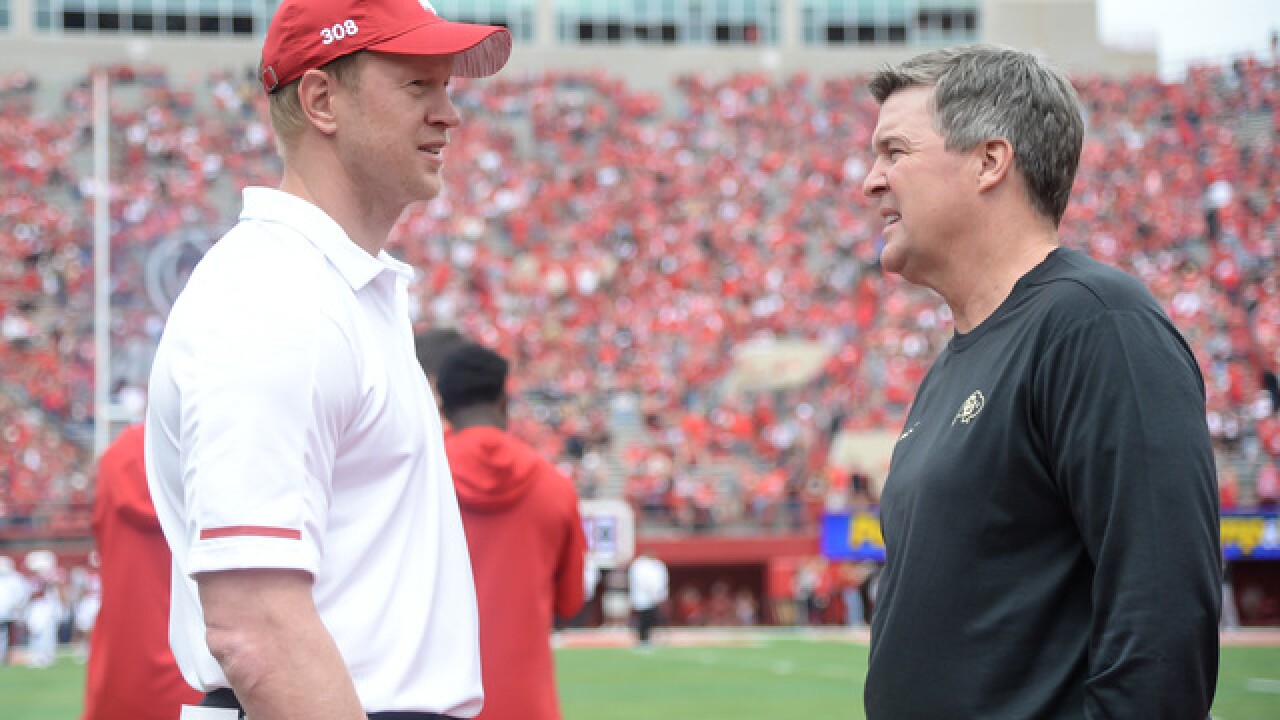 Copyright 2018 Scripps Media, Inc. All rights reserved. This material may not be published, broadcast, rewritten, or redistributed.
Steven Branscombe
LINCOLN, NE - SEPTEMBER 08: Head coach Scott Frost of the Nebraska Cornhuskers and head coach Mike MacIntyre of the Colorado Buffaloes meet before the game at Memorial Stadium on September 8, 2018 in Lincoln, Nebraska. (Photo by Steven Branscombe/Getty Images)

Nebraska football struggled early, but found its stride later in the first half to take a 21-17 lead on Colorado.

Freshman quarterback Adrian Martinez started the day completing nine of his 11 passes for 86 yards to go along with eight carries for 86 yards and two touchdowns.

The Huskers running game faced some setbacks early with a couple of fumbles, but got back on track to the tune of 245 first half rushing yards.

Greg Bell got the start at running back, and has 80 yards on nine carries.