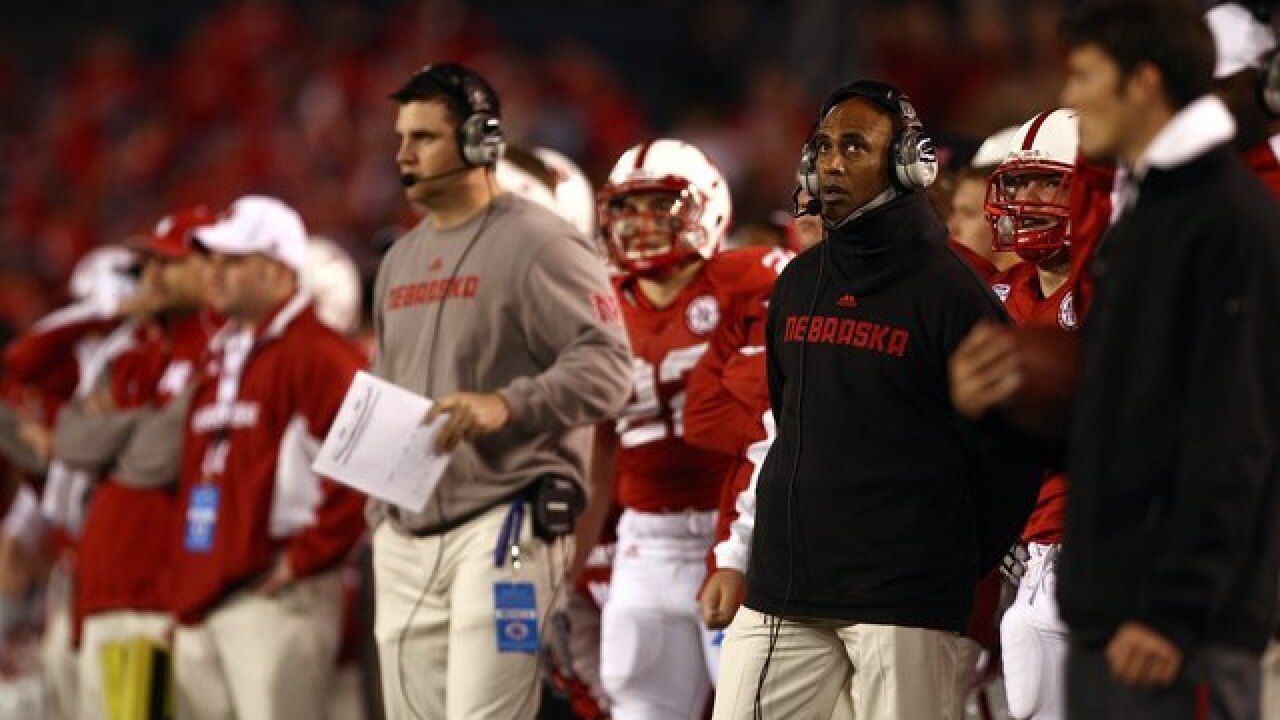 Copyright 2018 Scripps Media, Inc. All rights reserved. This material may not be published, broadcast, rewritten, or redistributed.
Donald Miralle
<p>SAN DIEGO - DECEMBER 30: Assistant Coach Ron Brown of the University of Nebraska Cornhuskers looks on from the sideline during the Pacific Life Holiday Bowl against University of Arizona Wildcats on December 30, 2009 at Qualcomm Stadium in San Diego, California. The Cornhuskers defeated the Wildcats 33-0. (Photo By Donald Miralle/Getty Images)</p>

Brown was an assistant coach on the Nebraska football staff from 1987 to 2003, and again from 2008 to 2014. The last three seasons Brown spent as an associate head coach at Liberty University under head coach Turner Gill.

In his new role at Nebraska, Brown will serve in a non-coaching role, mentoring Husker football student-athletes in numerous off-field development areas. Brown will work closely with Nebraska’s nationally renowned Life Skills program and assist in community outreach efforts of Husker football players and staff.
“Coach Brown had a tremendous impact on me during my playing career at Nebraska, and I am sure he will have a similar impact on many young men in our football program in the years ahead,” Frost said. “Coach Brown understands Nebraska and what makes this a great place for student-athletes to grow and learn in all areas.
Copyright 2020 Scripps Media, Inc. All rights reserved. This material may not be published, broadcast, rewritten, or redistributed.