Nebraska football soars past Illinois in third win of season 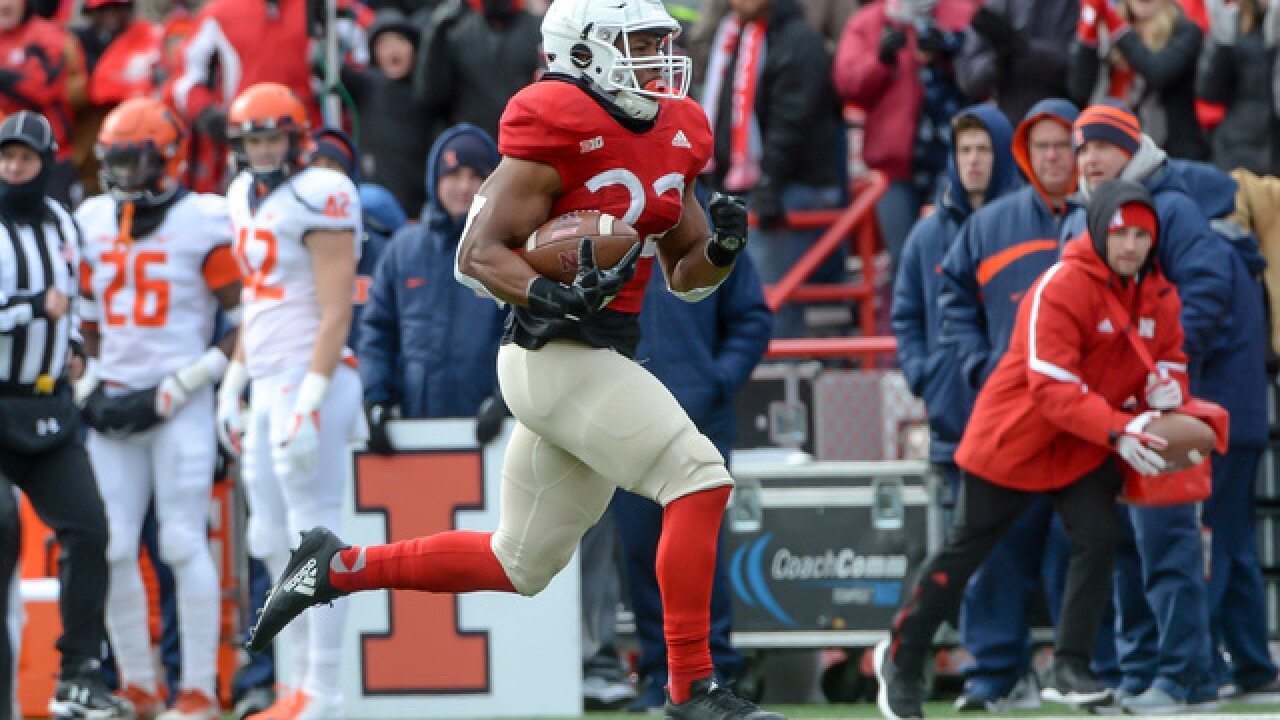 Copyright 2018 Scripps Media, Inc. All rights reserved. This material may not be published, broadcast, rewritten, or redistributed.
Steven Branscombe
<p>LINCOLN, NE - NOVEMBER 10: Running back Devine Ozigbo #22 of the Nebraska Cornhuskers scores against the Illinois Fighting Illini in the first half at Memorial Stadium on November 10, 2018 in Lincoln, Nebraska. (Photo by Steven Branscombe/Getty Images)</p>

Nebraska football's offense shined Saturday afternoon in the cold at Memorial Stadium as the Huskers downed Illinois 54-35 for their third win of the season.

Nebraska's offense went for its seventh straight game with 450 or more yards of total offense with , a new school record.

Freshman quarterback Adrian Martinez had quite the day, completing 24 of his 34 passes for 290 yards, three touchdowns and an interception on the day.

Martinez also notched 55 yards on 13 carries for a touchdown on the ground.

Devine Ozigbo inched even closer to that 1,000 yard mark on the season with 11 carries for 162 yards and three touchdowns in this afternoon's contest. Ozigbo broke free for a 66-yard touchdown early in the game and capped off his incredible performance with another 60 yard touchdown in the fourth quarter.

Wide receiver Stanley Morgan Jr. had one of his best games of the season as he hauled in eight catches for 131 yards and two touchdowns.

Nebraska's special teams showed major improvement as the Huskers recovered two muffed punt returns and blocked a punt into the back of the end zone for a safety.

Former Nebraska quarterback A.J. Bush got the start for Illinois and caused his former team plenty of problems with his legs.

Bush carried the ball 25 times for 187 yards and three touchdowns on the day as he escaped Nebraska's blitzes all afternoon.

While the Huskers' defense forced five turnovers, it struggled to defend the run as it allowed 509 yards of total offense.

The Huskers will take on Michigan State at home next week. The game time for that matchup has not yet been announced.