Nebraska looking to shock Ohio State, leading 21-16 at the half 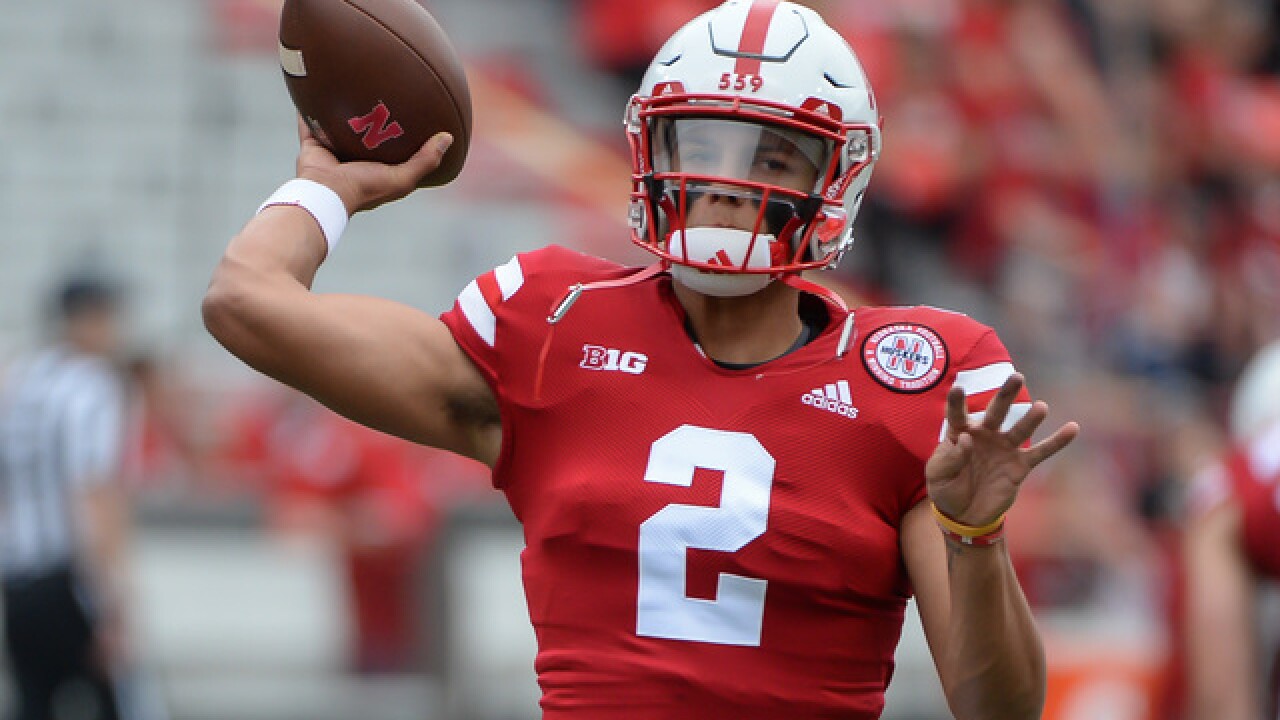 Copyright 2018 Scripps Media, Inc. All rights reserved. This material may not be published, broadcast, rewritten, or redistributed.
Steven Branscombe
<p>LINCOLN, NE - SEPTEMBER 08: Quarterback Adrian Martinez #2 of the Nebraska Cornhuskers warms up before the game against the Colorado Buffaloes at Memorial Stadium on September 8, 2018 in Lincoln, Nebraska. (Photo by Steven Branscombe/Getty Images)</p>

The Huskers struck first with a Devine Ozigbo touchdown run after a solid first drive, but special teams bug bit Nebraska yet again. A botched onside kick after the touchdown and a blocked punt that led to a safety cut the Huskers lead.

Other than a head-scratching backwards pass, Martinez has played solid early. The freshman QB has completed 12 of his 16 passes for 145 yards, and carried the ball 13 times for 54 yards and two touchdowns.

Nebraska tacked on a touchdown at the end of the first half with an Martinez touchdown run on a read option to give the Huskers the lead heading into the half.

Husker running back Maurice Washington went back to the locker room during the first half with an injury.

On the defensive end, JoJo Domann got the start at OLB and came up with a sack and a forced fumble that led to a Huskers score. Luke Gifford also forced a fumble late in the second quarter

Nebraska's defense also forced its first punt against the Buckeyes since their 2015 matchup.

Stay up to date with our live coverage here.