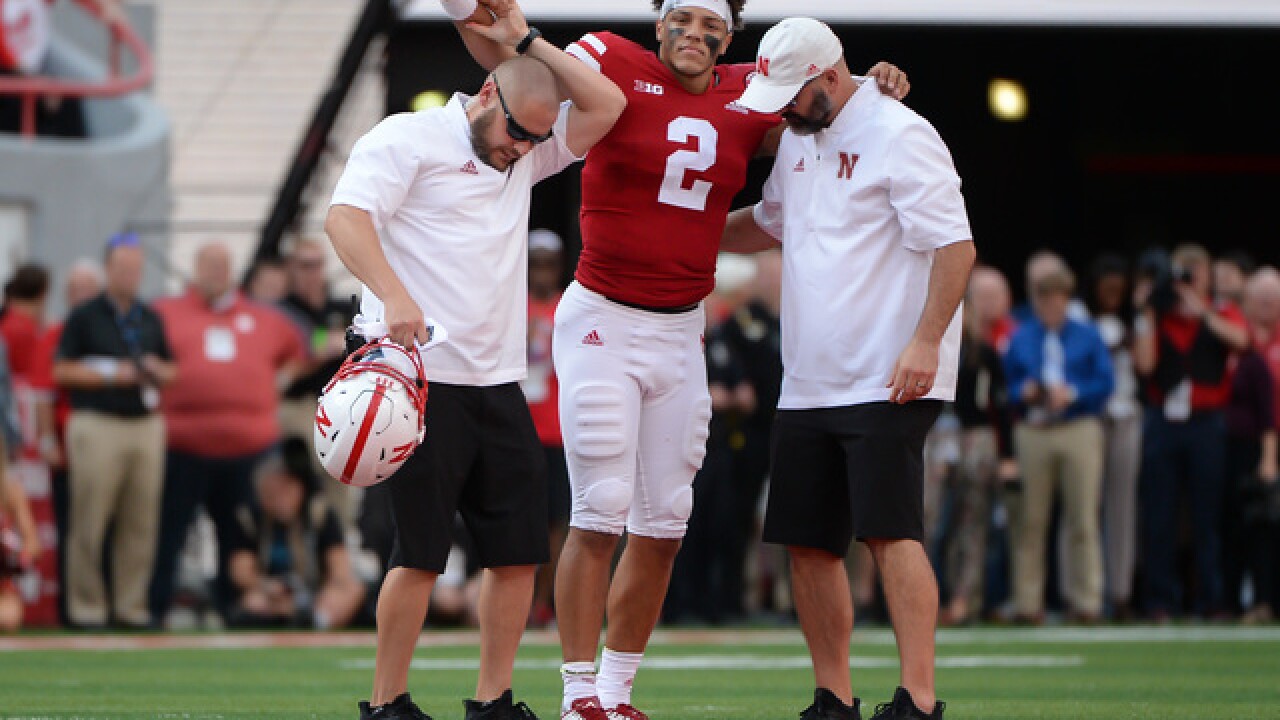 Copyright 2018 Scripps Media, Inc. All rights reserved. This material may not be published, broadcast, rewritten, or redistributed.
Steven Branscombe
<p>LINCOLN, NE - SEPTEMBER 08: Quarterback Adrian Martinez #2 of the Nebraska Cornhuskers walks off the field in the fourth quarter against the Colorado Buffaloes at Memorial Stadium on September 8, 2018 in Lincoln, Nebraska. (Photo by Steven Branscombe/Getty Images)</p>

Frost said the good news is there is no real ligament damage for Martinez.

Martinez went down in the fourth quarter of Saturday's matchup with Colorado with an apparent knee injury and did not practice Monday.

He finished the game against Colorado completing 15 of his 20 passes for 187 yards, a touchdown and an interception while leading the team in rushing with 117 yards on 15 carries and two touchdowns.

The true freshman quarterback won the starting job over Tristan Gebbia late in fall camp. Gebbia later transferred to Oregon State. Walk-on Andrew Bunch is expected to start for the Huskers against Troy if Martinez is not ready.