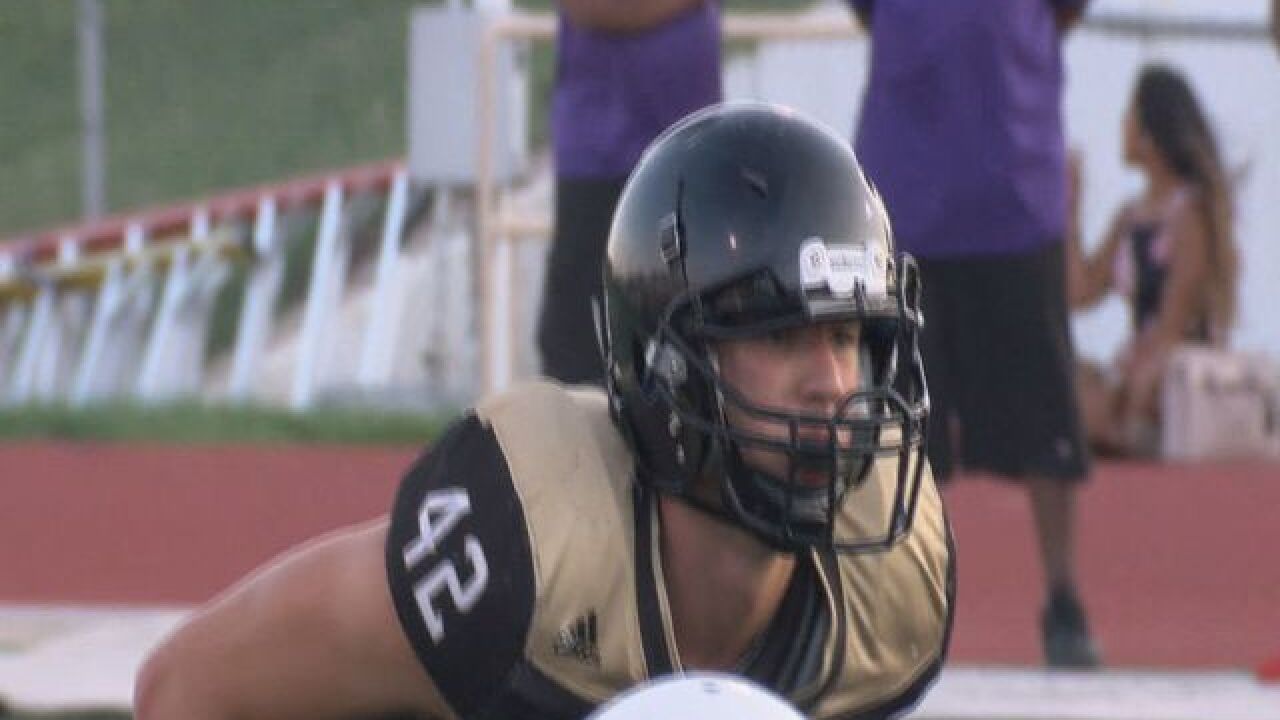 Copyright 2018 Scripps Media, Inc. All rights reserved. This material may not be published, broadcast, rewritten, or redistributed.
<p>Omaha Burke linebacker Nick Henrich, who has committed to Nebraska.</p>

The top-ranked football recruit for the class of 2019 in the state of Nebraska is staying at home. Omaha Burke linebacker Nick Henrich has committed to the Huskers.

Henrich is a four-star recruit, who ranks as one of the top ten inside linebacker in the class of 2019 in the entire country.  The 6'4, 210 pound Burke star had more than 20 offers from schools across the nation.

Henrich will anchor a Burke defense when the linebacker begins his senior season for the Bulldogs in just over a month.  Omaha Burke reached the state semifinals a year ago.