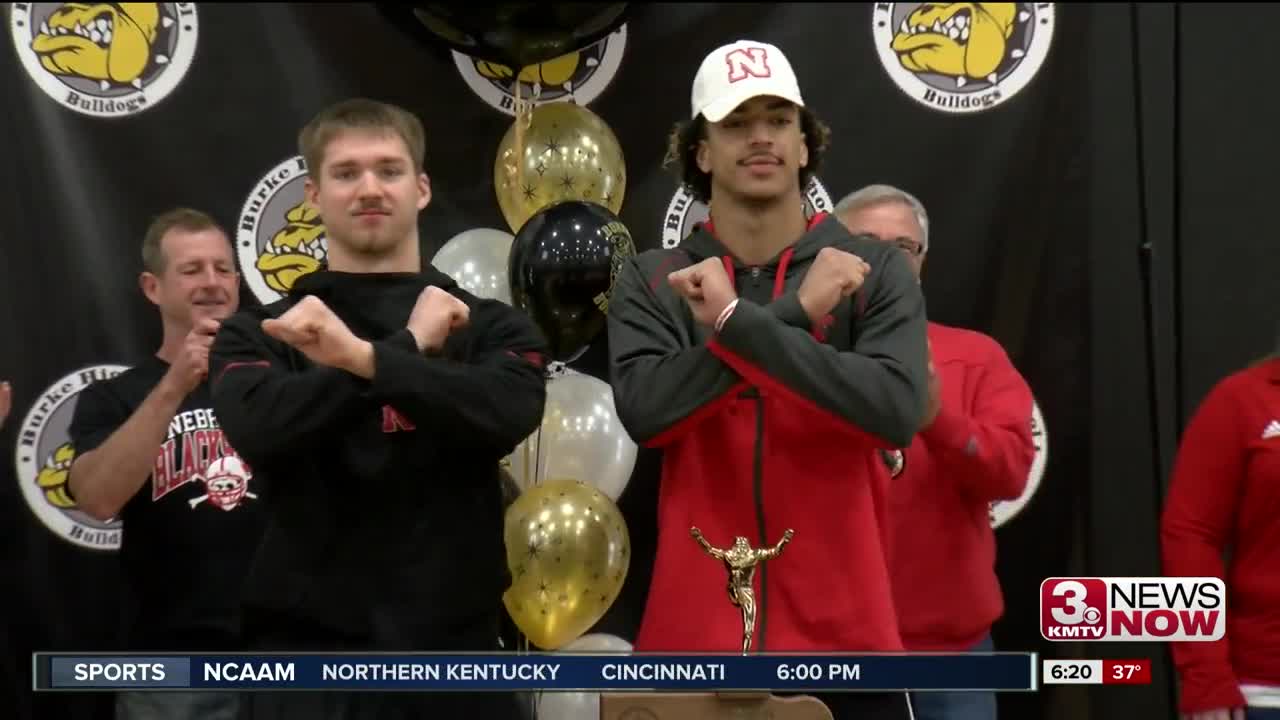 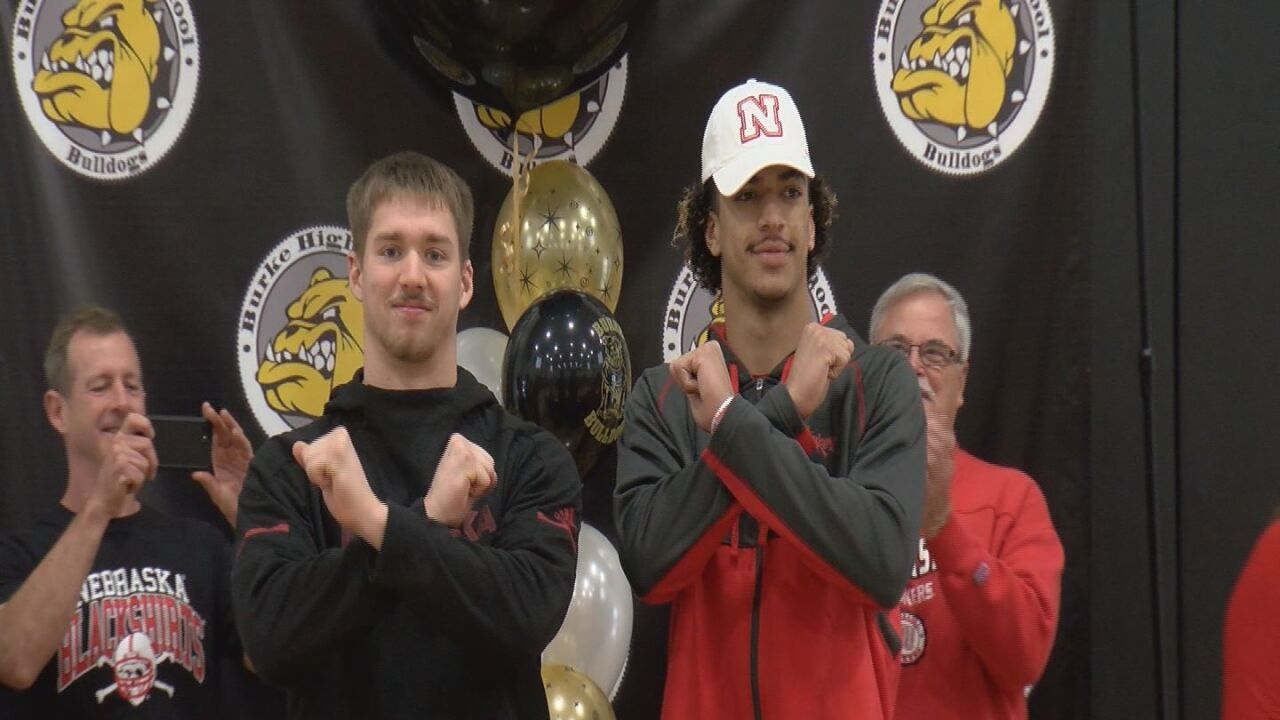 OMAHA, Neb. (KMTV) — After months of waiting, with one stroke of the pen Omaha Burke's Nick Henrich and Chris Hickman's dreams came true as they signed their letters of intent and officially became Nebraska Huskers.

With their numbers of 42 and 81 on the scoreboard the two first-team all staters signed their national letters on intent in front of classmates, teammates and family.

"We have a big fan base around me and everyone is rooting for me," said Hickman.

Ranked number-119 in the nation by Rivals, Henrich was the Gatorade Player of the Year in Nebraska and the top ranked player in the state. Hickman was a star on both sides of the ball in high school but will line up at tight end for the Huskers. The two wanted to stay in the Cornhusker state and carry on the homegrown Husker tradition.

"Yeah it's huge because that's how it used to be and they were great and we want to bring that tradition back here," Henrich said.

Best friends since middle school, the two say it's a dream come true to play together and represent Omaha Burke, the place where they honed their skills and brought home the school's first state football title.

"To go through this whole experience and journey with him, we wouldn't have wanted it any other way," said Hickman.

The two will enroll early and move to Lincoln in two weeks where they will be roommates.

"It takes a lot of stress off my shoulders," Hickman said. "We're going though it together and I'm not doing it by myself."