And not just when the Huskers are on offense... 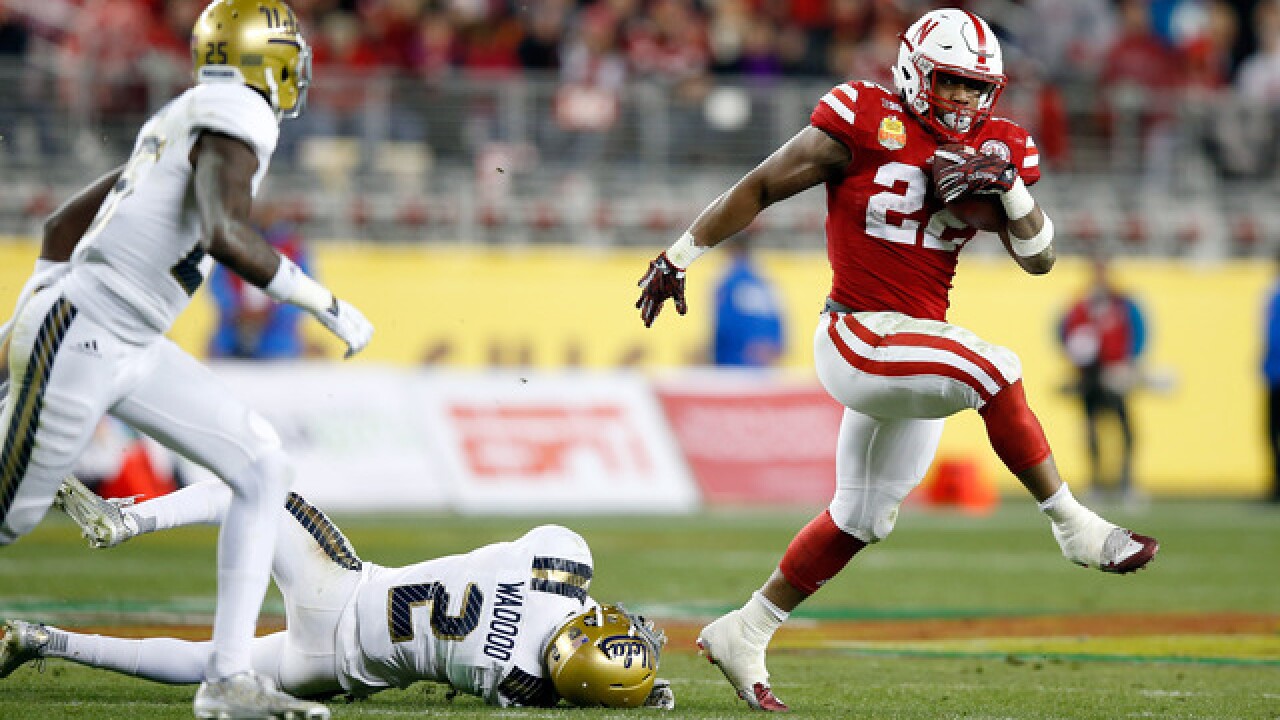 Copyright Getty Images
Ezra Shaw
<p>SANTA CLARA, CA - DECEMBER 26: Devine Ozigbo #22 of the Nebraska Cornhuskers gets away from Jaleel Wadood #2 of the UCLA Bruins during the Foster Farms Bowl at Levi's Stadium on December 26, 2015 in Santa Clara, California. (Photo by Ezra Shaw/Getty Images)</p>

I have a feeling "run the ball" guy is really going to like this...

When the Oregon Ducks come to Memorial Stadium on Saturday, the biggest key for Nebraska to pull off a win will be the running game. And it won't just be when the Huskers are on offense.

Ask any head coach that has played Oregon and their high tempo offense (Mike Riley included), and they'll tell you that one of the best ways to defend the Ducks are to keep their defense on the field. The fewer touches Oregon gets, the better.

The best way to keep the Ducks defense on the field? Long, sustained drives with multiple first downs, and keeping the clock moving by running the ball effectively. Whether its Devine Ozigbo, Terrell Newby, or Tommy Armstrong, if the Huskers are going to grab a top-25 win this weekend, they'll need to rack up the rushing yards.

The way Oregon plays, Nebraska will likely win the time of possession battle regardless, but if they're to be successful in KO'ing the Ducks, look for the number to be highly skewed in favor of the Huskers.

It doesn't stop there for Nebraska. Equally important to the Huskers gaining yards on the ground is limiting the Ducks potent rushing attack. Royce Freeman is one of the top backs Nebraska will face all season, and Oregon has several others players that could cause problems for the Husker defense.

More specifically, Nebraska will have to find a way to seal the edge against an Oregon team that has plenty of speed to break away once they reach the second level. I wouldn't imagine the Ducks trying to pound the ball up the middle much, where the Blackshirts have proven to be quite stout in recent years. Instead, they'll look to attack the edge where Nebraska has been much more vulnerable.

It's the kind of game where even a single missed tackle could mean a touchdown - Oregon has that kind of explosiveness.

It's a common misconception about the way Oregon plays - the Duck's offense is predicated on success in the run game, not the pass. If Nebraska is able to clog up the Oregon rushing attack and force them to become more aerial, the chances of the Huskers winning go up significantly.

So call it an old school game plan against one of the more modern offenses in college football if you want - but in the end, running the ball well and stopping the opponent on the ground is the recipe for success this weekend for the Huskers.