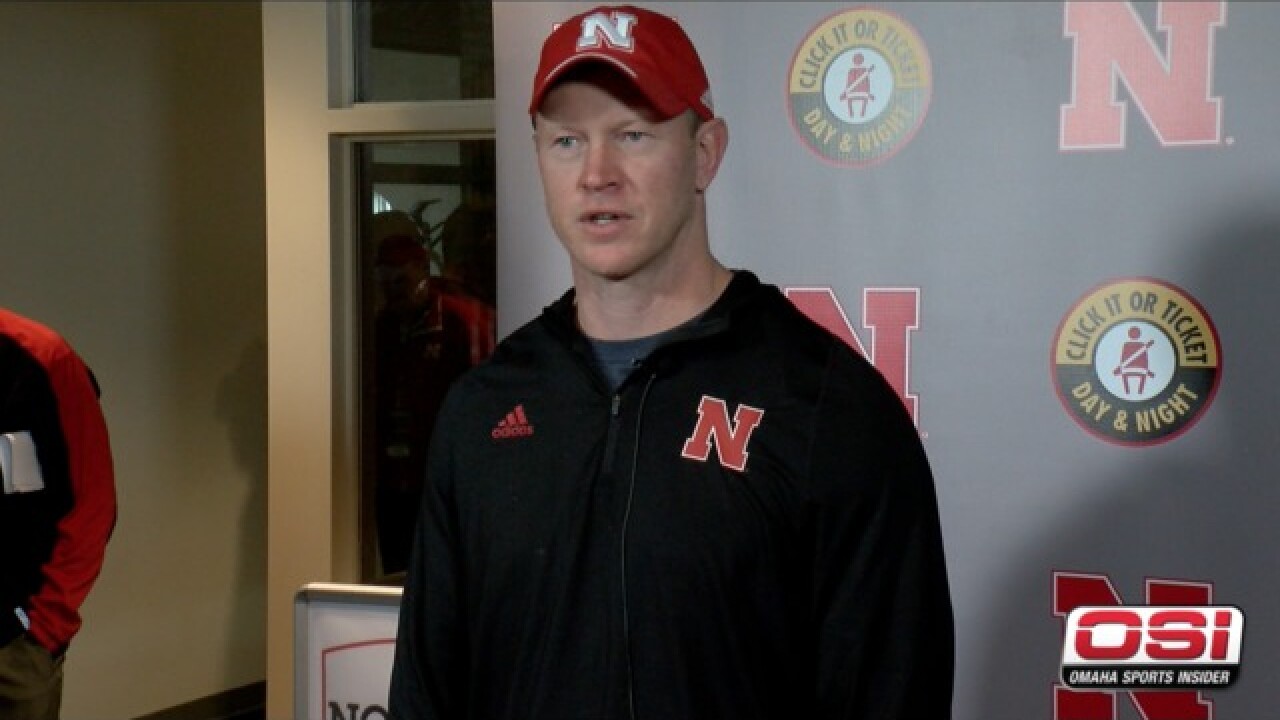 Copyright 2018 Scripps Media, Inc. All rights reserved. This material may not be published, broadcast, rewritten, or redistributed.
<p>Scott Frost updates the media on Nebraska's plans for the Red-White spring game. </p>

“We’re going to have a real game minus some kicking plays, that’ll just be kind of on air,” Frost said. “But we’re going to go a normal game format for the first half and have a running clock in the second half until the last five minutes and then have a regular clock again.”

Frost also noted that he plans to be more of a spectator during the scrimmage and let his assistants do most of the coaching.

“I won’t be calling any plays or anything,” Frost said. “I’m just going to let the assistants do that. We’re going to divide the coaches up into two different teams and let them coach so I’m going to be a little more of a spectator at this one, and I might take a look up and smell the roses and look at the unbelievable facility and fans we have.”

While the rosters aren't fully set for which players are on which teams, Frost said his staff is close to finalizing those rosters.

“We’re going to put the majority of the guys that are doing well on one side,” Frost said. “I want to get some guys some experience of having some success on both sides of the ball and of course we’ve done that that way before and the other team wins so I expect great competition. There’ll be a couple guys that get some reps and are going to get out of there for health sake. I expect a pretty even ball game after that.”

Frost touched on the progress of the team heading into Saturday's Spring Game, saying that it's going to take some time until the team is fully ready.

Frost on the team's progress heading into the spring game Saturday. #Huskers pic.twitter.com/xvGx8beHyG

At some point during this morning's practice, a collision on the field sent one player to the hospital as a precautionary measure. Frost said he had not had time to inform the family, but will share more information when he does so.