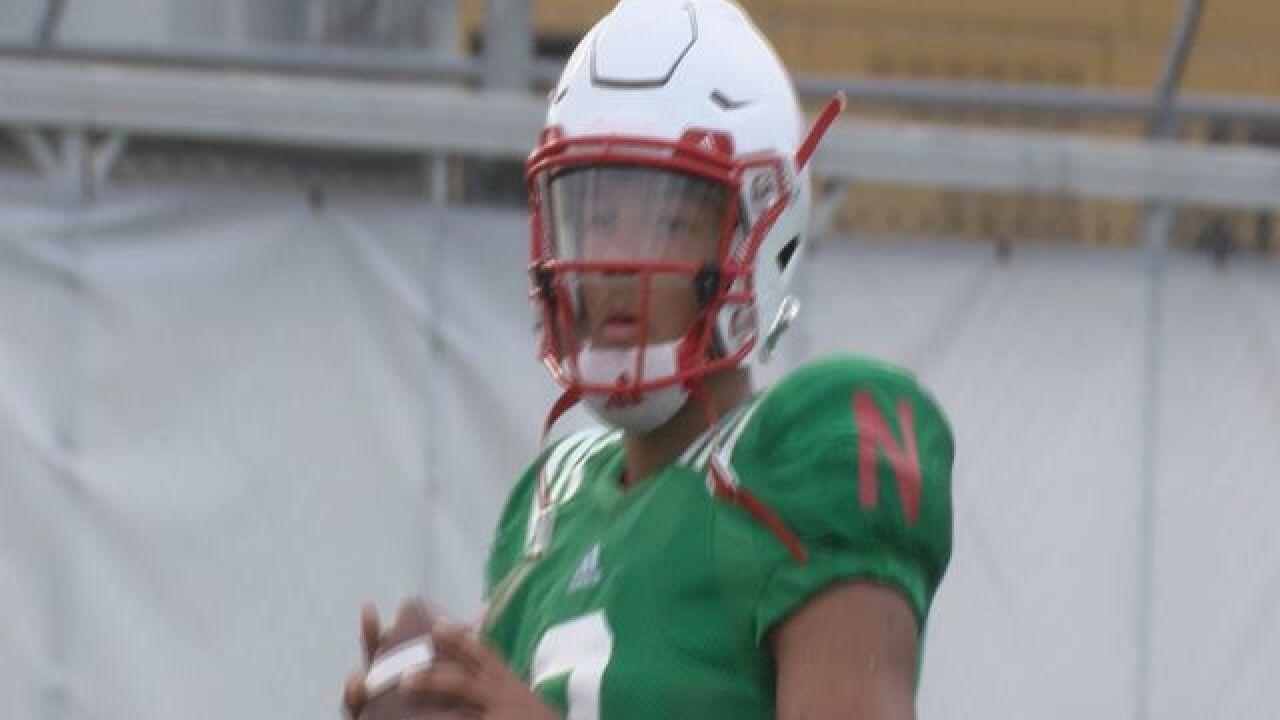 Scott Frost and his coaches haven't shined any light onto who will be the starting quarterback in 2018. However, after today's practice, the Huskers' new head coach narrowed the race to the top two.

"We're kind of down to a two horse race now," Frost said. "Andrew Bunch has done some great things, but it's kind of down to (Tristan) Gebbia and (Adrian) Martinez now...we're going to continue to let it play out from here on forward."

Frost said if the team had to play a game today, there's a chance that both would play.

"Both guys deserve to play, so we'll see how we manage it," Frost said. "I know even when I was in school, Coach Osborne wanted to intentionally give the next guy reps because you're always going to need a second quarterback. The competition is still going on. We'll see where it lands at the end."

The team had its second scrimmage of fall camp today, and Frost said today's was a little bit better than the first one.

"Execution is starting to get better on both sides," Frost said. "I think their understanding of the schemes is getting better. Their mastery of the techniques is getting a little bit better."

While Frost has seen improvement, he acknowledged the team still has a long way to go before the Sept. 1 season opener against Akron.

"Still not quite where we want it," Frost said. "I'd be surprised if it was where we wanted it right now...we're still making mistakes."