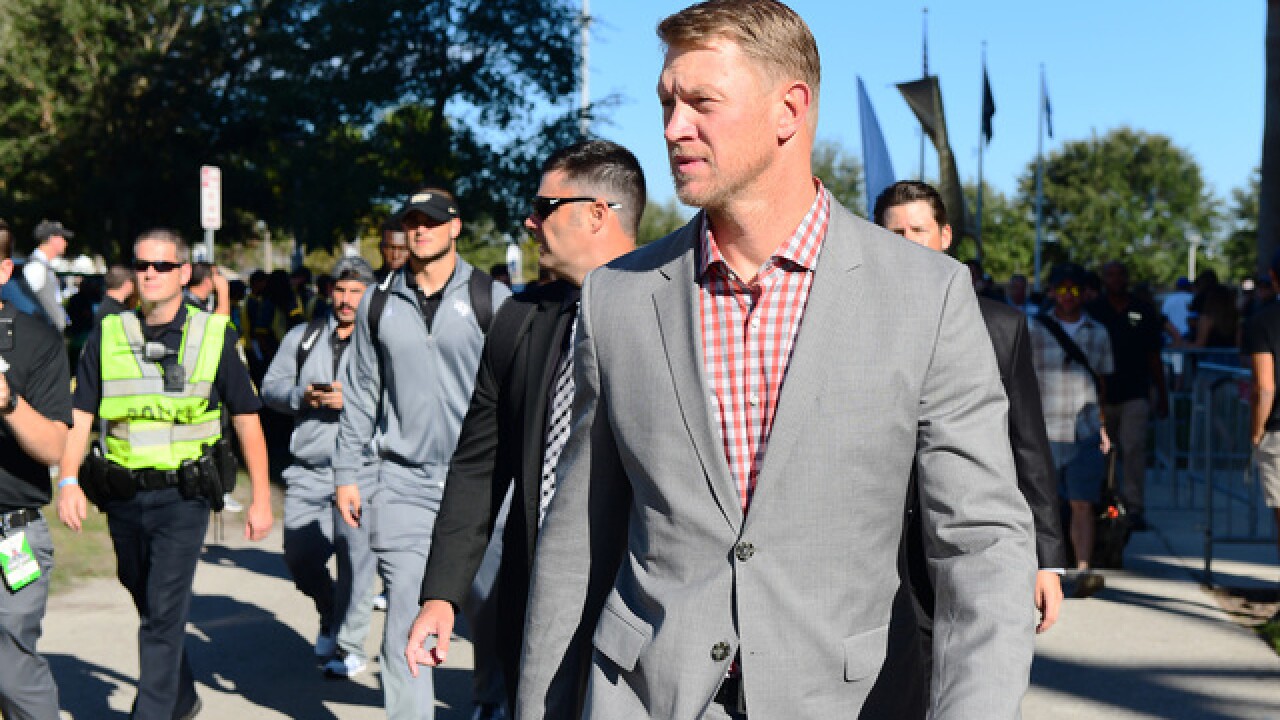 Copyright Getty Images
Julio Aguilar
<p>ORLANDO, FL - DECEMBER 2: Head coach Scott Frost of the UCF Knights walks up to the stadium with his team before pregame of the 2017 AAC Championship against the Memphis Tigers at Spectrum Stadium on December 2, 2017 in Orlando, Florida. (Photo by Julio Aguilar/Getty Images)</p>

It's been quite a busy National Signing Day for Nebraska football head coach Scott Frost. As of now, 22 recruits have signed on the dotted line.

Frost took some time out of his busy day to briefly touch on this class on the Big Ten Network.

LIVE UPDATES: Up to the minute updates on Nebraska's 2018 National Signing Day with a full list of signees.

"There were some things that had been done around here that I don't think necessarily are Nebraska way," Frost told BTN's Jillian Sakovits. "We need to be strong, we need to be physical, we need to be tough and we're going to get the speed and athleticism."

Hear more of what Frost had to say below.