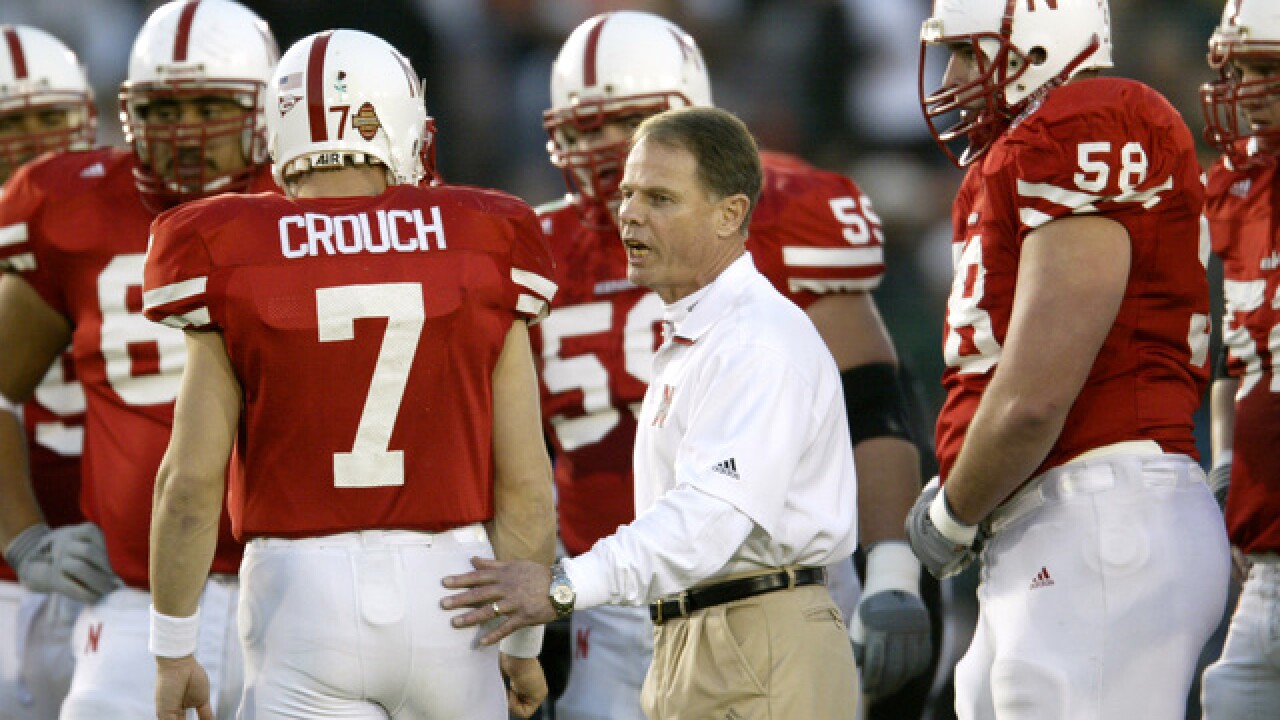 Copyright 2018 Scripps Media, Inc. All rights reserved. This material may not be published, broadcast, rewritten, or redistributed.
Brian Bahr
<p>3 Jan 2002: Head coach Frank Solich of Nebraska meets with quarterback Eric Crouch #7 and the rest of the offense before the start of the Rose Bowl National Championship game against Miami at the Rose Bowl in Pasadena, California. Miami won the game 37-14, winning the BCS and the National Championship title. DIGITAL IMAGE. Mandatory Credit: Brian Bahr/Getty Images</p>

The Huskers on the ballot include Heisman-winning quarterback Eric Crouch, as well as two Outland Trophy winning offensive linemen in Zach Wiegert and Larry Jacobson.

This marks Crouch's eighth straight year on the ballot, while Wiegert makes his fourth appearance. The three Huskers are among 76 other finalists for induction into the Hall of Fame.

The 2019 class will be announced Monday, Jan. 7, 2019 in Santa Clara, California on the day of the College Football Playoff Championship game.