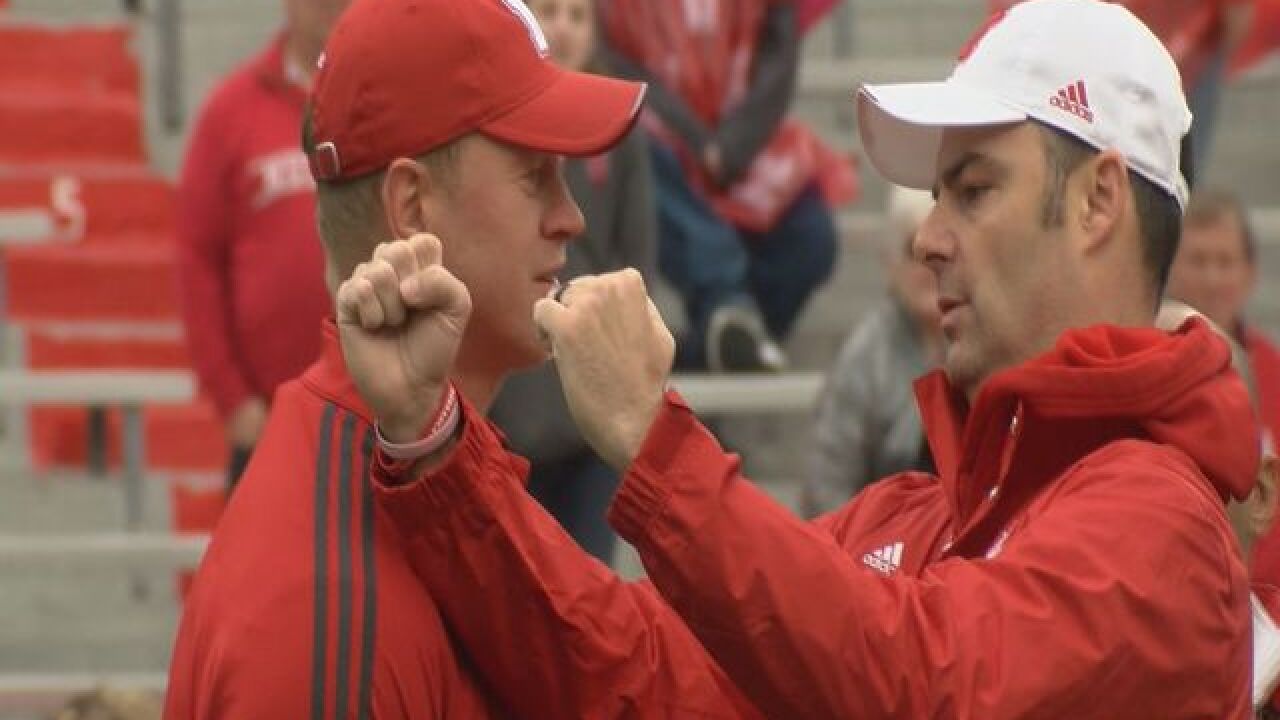 On Huskers night at Kauffman Stadium for the Royals' game against the Boston Red Sox, Nebraska running backs coach Ryan Held threw out the first pitch.

As you can see from the video above, Held, a former high school pitcher, delivered a strike a little high and outside, but still an impressive toss from the bump.