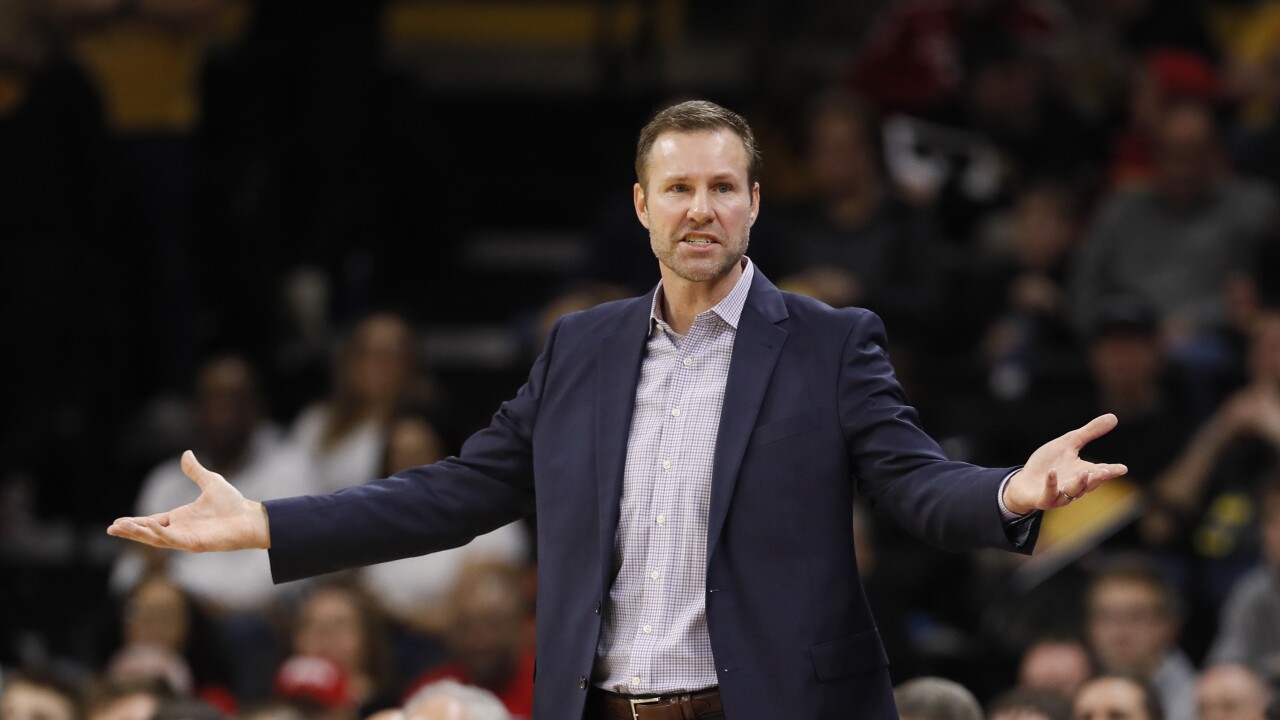 Charlie Neibergall/AP
Nebraska head coach Fred Hoiberg reacts to a call against his team during the first half of an NCAA college basketball game against Iowa, Saturday, Feb. 8, 2020, in Iowa City, Iowa. (AP Photo/Charlie Neibergall)

IOWA CITY (KMTV) — The Nebraska men's basketball team had a pitiful start to both halves on Saturday as Iowa scored its most points ever against the Huskers in a 96-72 win for the Hawkeyes.

Joe Wieskamp scored a career-high 30, while Luka Garza added 22. The Hawkeyes outscored Nebraska, 23-7 to start the game then opened the 2nd half on a 31-10 run.

The Big Red has now dropped eight straight and will try to break the losing streak on Tuesday at Maryland starting at 7:30 p.m. on BTN.