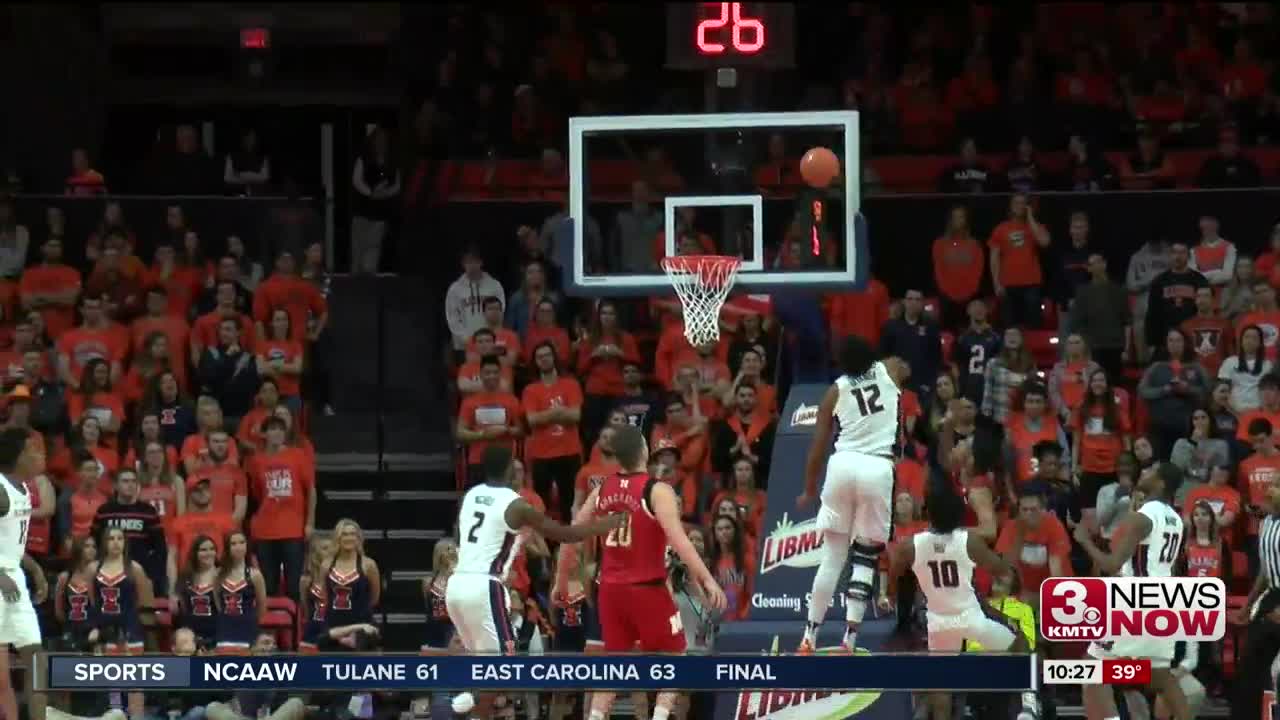 The Nebraska men's basketball team lost its 5th straight game with a 71-64 setback on Saturday at Illinois.

CHAMPAIGN, Ill. (KMTV) — The Nebraska men's basketball team could never get closer than seven points in the 2nd half as the Huskers extended their losing streak to five straight with a 71-64 setback at Illinois on Saturday.

James Palmer Jr. led the way for NU scoring a game-high 22 points in the loss.