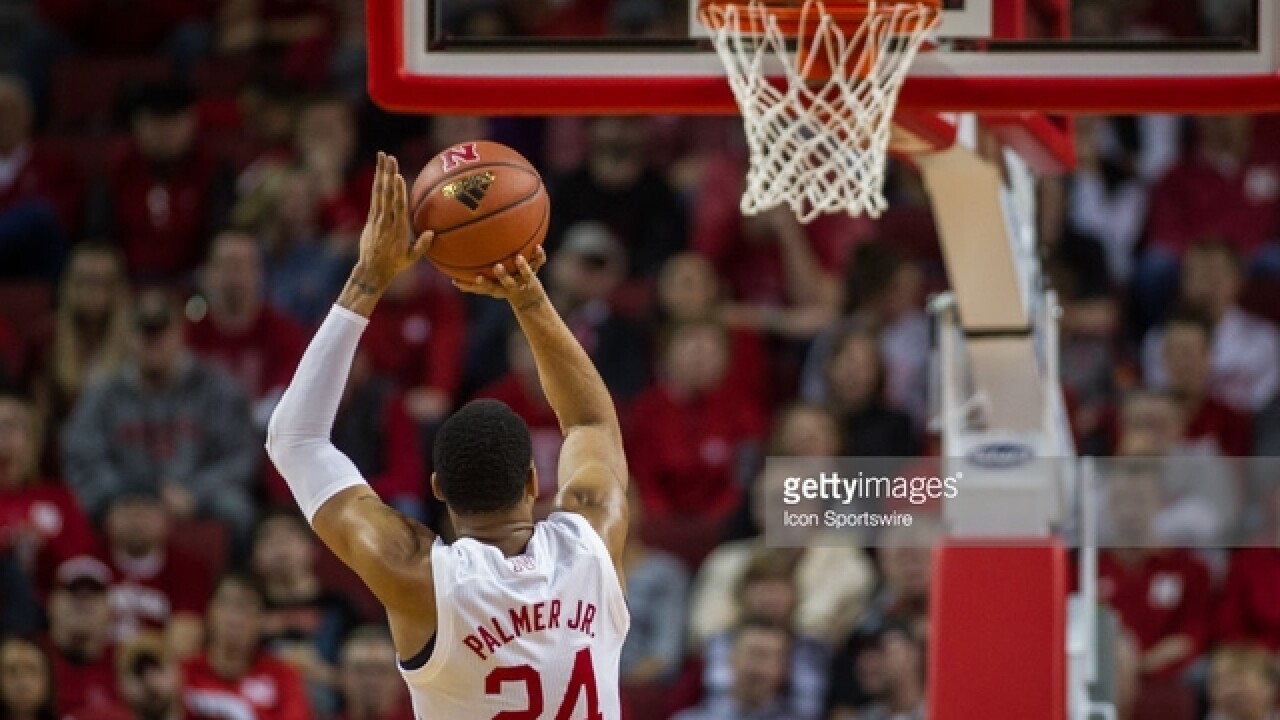 Copyright 2018 Scripps Media, Inc. All rights reserved. This material may not be published, broadcast, rewritten, or redistributed.
John Peterson/Icon Sportswire

Lincoln – Nebraska guard James Palmer Jr. and forward Isaac Copeland Jr. have announced their intentions to declare for the 2018 NBA Draft, but will not hire an agent, maintaining their college eligibility.

Palmer, a 6-foot-6, 210-pound guard was a first-team All-Big Ten pick by the conference coaches and a first-team all-district honoree by the NABC and USBWA in his first season as a Husker. Palmer is fifth in the Big Ten in scoring at 17.2 points per game, while also adding 4.4 rebounds, 3.0 assists and 1.0 steals per game. The Upper Marlboro, Md., native reached double figures in 31 of 33 games during the 2017-18 campaign, including eight 20-point efforts. Palmer scored a career-high 34 points against No. 13 Ohio State and had 28 points at Wisconsin and against Iowa. He finished Big Ten play averaging 18.8 points, 4.4 rebounds and 3.4 assists per game, ranking third in scoring and 11th in assists.

Copeland, a 6-foot-9, 221-pound forward from Raleigh, N.C., provided a major impact in his first season at Nebraska, earning honorable-mention All-Big Ten honors from both the coaches and the media. On the season, he averaged 12.9 points, 6.1 rebounds and 1.0 blocks per game. He was second on the team in scoring, rebounding and blocked shots and had three double-doubles on the year. Copeland reached double figures 23 times, including a season-high 30 points against North Dakota. In conference action, he averaged 13.5 points, 5.8 rebounds and 1.0 blocks per game, ranking among the Big Ten leaders in 3-point percentage (.429, fifth), scoring (23rd), rebounding (17th) and blocks (14th).

“I’m excited for James and Isaac to go through this process,” Nebraska Coach Tim Miles said. “It will be great for them to test themselves against some of the best basketball players in the world.  They are going into this process with the right mindset, and I think the next few months will be a positive experience for them.”